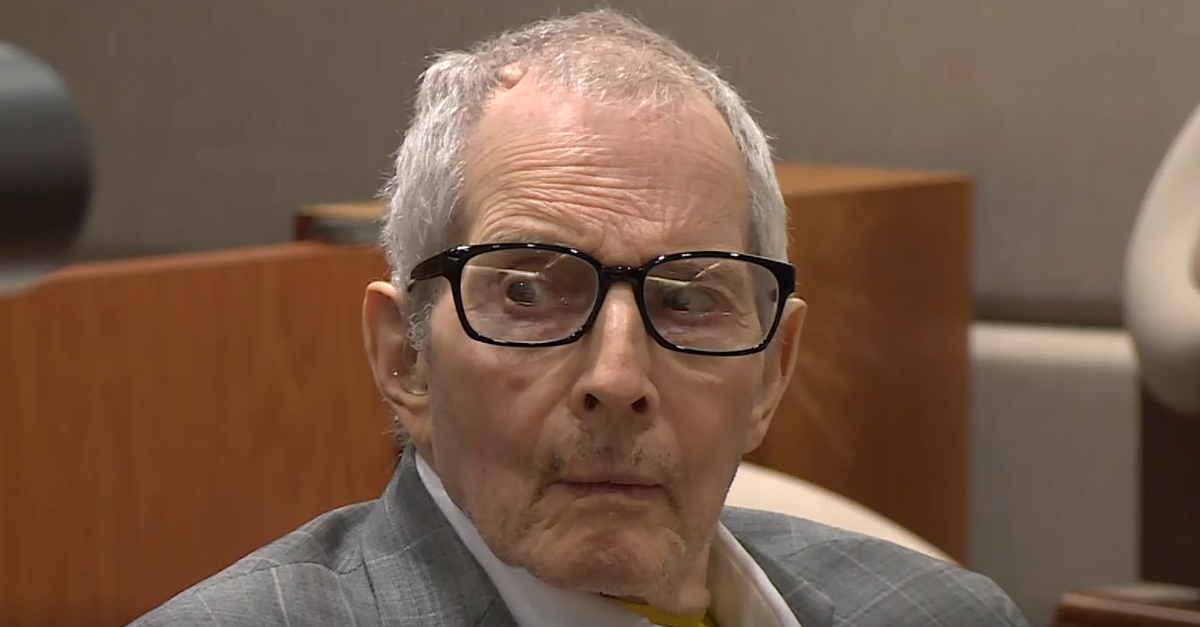 The defense for murder defendant Robert Durst didn’t get their way Tuesday. A Los Angeles County judge rejected their motion to get “Hit the Ground Running,” the production company behind the docuseries The Jinx, named agents of the government. It was an attempt to strip the company of journalistic protections under California law.

Superior Court Judge Upinder S. Kalra said there is sufficient evidence to show that Durst is responsible for the homicide. He emphasized he wasn’t there to make a judgement in lieu of a jury, or decide the case itself. Nonetheless, under case law, he must give more weight to reasonable inferences benefiting a magistrate judge’s previous holding order, not the defense’s claim of innocence.

Durst is set to stand trial in January. The multimillionaire allegedly murdered friend Susan Berman in 2000 to stop her from revealing what she knew about the 1982 disappearance of his wife Kathleen. He pleaded not guilty. The defendant was actually acquitted in the murder of neighbor Morris Black after admitting he dismembered the body.

Durst was famously profiled in the 2015 docuseries The Jinx, and apparently admitted to unspecified homicides while his mic remained on in the restroom.

“What the hell did I do? Killed them all, of course,” he was depicted as saying.

His defense shows that this was edited out of order. Here’s what he said in the transcript, according to The New York Times [emphasis ours]:

[Untelligible.] I don’t know what you expected to get. I don’t know what’s in the house. Oh, I want this. Killed them all, of course. [Unintelligible.] I want to do something new. There’s nothing new about that. [Inaudible – possibly “disaster.”] He was right. I was wrong. The burping. I’m having difficulty with the question. What the hell did I do?

Durst’s defense tried to get leverage by attempting to get the production company “Hit the Ground Running” named agents of the government.

Prosecutors were able to stop that, after calling the production team journalists who came across evidence independent of the state.

“Defendant’s true motivation has little to do with any theory of ‘agency,’ but instead, is directed at falsely labeling HTGR and its principals as ‘agents of the government,’ in an attempt to unlawfully strip them of their journalistic protections,” they wrote in a motion obtained by Law&Crime. “Defendant seeks an all-encompassing determination that HTGR and its principals were not acting as journalists and an order preventing them from exercising the journalistic protections.”

Judge Kalra said on Tuesday that Berman was clearly the victim of a homicide. He emphasized evidence, including some showing that Durst was in the San Francisco area on the day of the alleged murder on December 23, 2000. Kalra referenced the audio from The Jinx but said he didn’t rely on the edited version.

Durst appeared frail during a Tuesday appearance and was spotted wearing a “fall risk” bracelet.