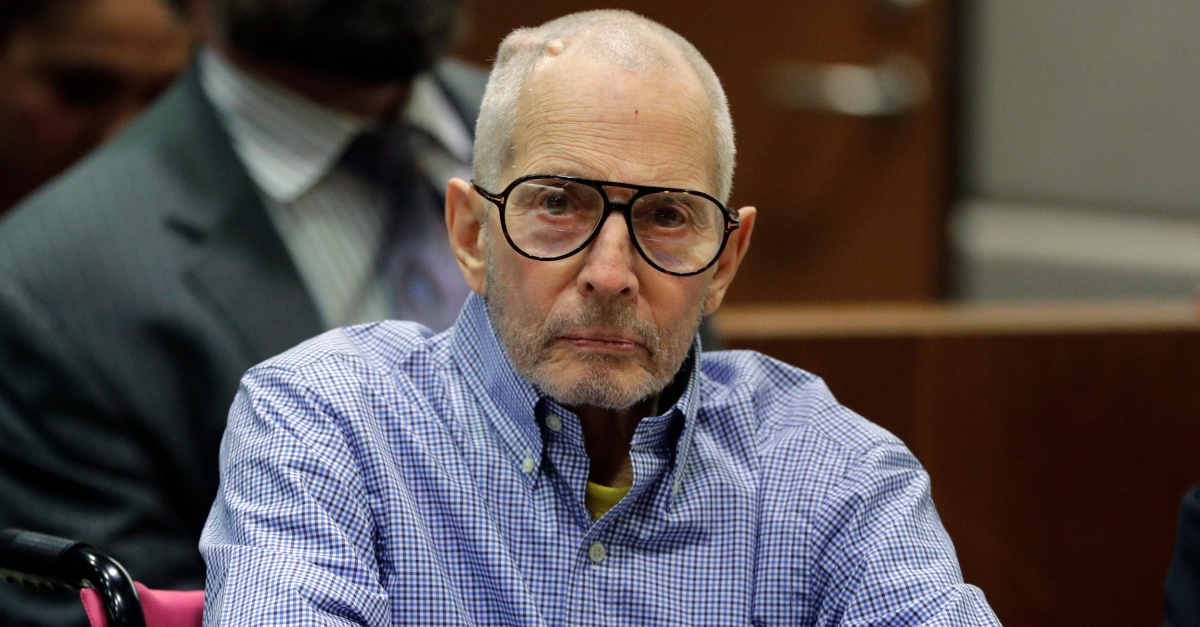 Did Robert Durst confess to murder at the end of HBO documentary The Jinx? His defense in the murder of Susan Berman said his apparent confession was edited out of order.

Here is what viewers heard with the final episode premiered in 2015. Durst had gone to a restroom while still mic’d up, and said, “What the hell did I do? Killed them all, of course.”

That sounds bad, but his attorneys are pointing out that what he said was edited completely out of order. Here’s what he said in the transcript, according to The New York Times [emphasis ours]:

[Untelligible.] I don’t know what you expected to get. I don’t know what’s in the house. Oh, I want this. Killed them all, of course. [Unintelligible] I want to do something new. There’s nothing new about that. [Inaudible – possibly “disaster.”] He was right. I was wrong. The burping. I’m having difficulty with the question. What the hell did I do?

“We’re here today because the purpose of the producers of the ‘The Jinx’ was to win an Emmy, not to actually document Bob’s story,” Durst attorney Dick De Guerin told the Times. “This is show business. It’s not a documentary.”

The defense wants to take the evidence from the documentary to be thrown out of the upcoming trial.

“We put the line ‘killed them all’ at the very end of the last episode to end the series on a dramatic note, not to link it to any other line,” Jinx co–producer Zac Stuart-Pontier. “It didn’t occur to us that other journalists would connect it with ‘What the hell did I do?’ There are actually 10 seconds between the two lines, and I think the experiences of reading it and hearing it are very different.”

“Andrew Jarecki is an experienced, respected and award-winning filmmaker whose series speaks for itself,” the company said in a statement to Law&Crime.

Allegations trailed Durst for years. This real estate heir was suspected in the 1982 disappearance of his wife Kathleen Durst. He is charged with killing his friend Berman in 2000 allegedly because she knew about Kathleen’s disappearance. Robert Durst was also put on trial for the 2001 death of Morris Black, but his defense won an acquittal for murder after they argued the gun accidentally went off during a struggle (he admittedly chopped up the body, however).

[Image of Durst in 2016 via Hong-Pool/Getty Images]