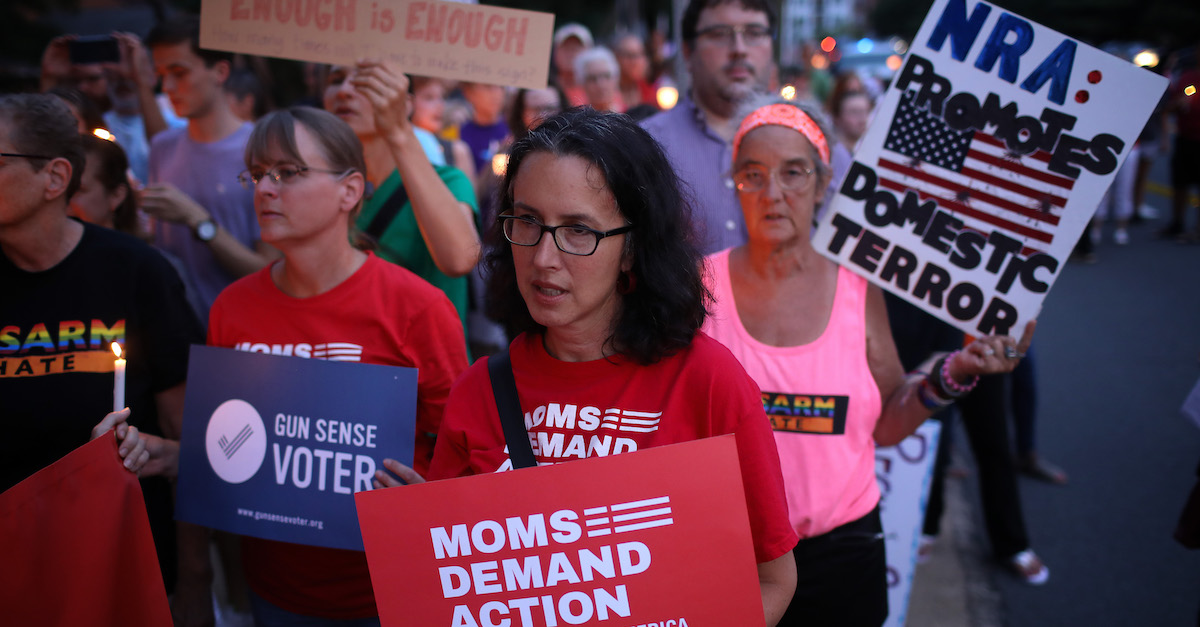 The San Francisco Board of Supervisors on Tuesday passed a resolution declaring the National Rifle Association a “domestic terrorist organization” and encouraged the federal government to follow suit. Moreover, the resolution encourages the city and county of San Francisco to identify those who conduct business with the NRA and to take steps to limit those business relationships. This resolution is a partisan and dangerous attempt to “blacklist” the NRA and another attempt to significantly curtail/limit the Second Amendment. The federal government and other states should reject it in its entirety.

The United States Department of Justice defines terrorist activity, in part, as, “The use of any…explosive, firearm, or other weapon or dangerous device, with intent to endanger, directly or indirectly, the safety of one or more individuals or to cause substantial damage to property;”

The United States Department of Justice further includes [sic] any individual or member of an organization commits an act that the actor knows, or reasonably should know, affords material support, including communications, funds, weapons, or training to any individual has committed or plans to commit a terrorist act.

According to the board, the NRA fits this definition for various reasons, which are described in the resolution, to wit:

Interestingly, the resolution does not include any evidence substantiating any of these “conclusions,” which is quite telling. It also does not seek to label mass shooters, for example, as domestic terrorists, likely because there is no law that criminalizes “domestic terrorism” at the present time. Rather, the resolution focuses entirely on the NRA, likely to reduce/eliminate the number of groups/businesses who do business with the NRA and to tarnish the organization.

The danger associated with this resolution is that it attempts to blame the NRA for the acts of one or more individuals. It completely ignores personal accountability and tries to blame the NRA for the illegal and/or improper use of firearms by some. The NRA does not incite violence or knowingly and/or willingly arm people who would, or have, committed terrorism. As reported by CBS News:

The National Rifle Association’s lobbying arm says it is “committed to preserving the right of all law-abiding individuals to purchase, possess and use firearms for legitimate purposes as guaranteed by the Second Amendment to the U.S. Constitution.”

The NRA promotes training, safety and education for law-abiding gun owners, and far from inciting acts of violence, it strongly condemns such acts.

That is what the NRA is doing, period! It preserves the rights that Americans enjoy pursuant to the Second Amendment. Is it powerful? Yes. Does it have a lot of clout? Yes. Does it play a role during election time? Probably. So do many other powerful organizations. Is it a terrorist organization? No.

There are, of course, flaws and/or imperfections in vetting potential gun owners, which is why stronger background checks are warranted. However, labeling the NRA a terrorist organization appears far-fetched. Are members of Congress who promote the Second Amendment and the use of firearms, own multiple firearms, and oppose Democratic proposals for gun control also “domestic terrorists?” The answer to this ridiculous question is self-evident.

The Board of Supervisors’ efforts to demonize the NRA is another effort to curtail, narrow and/or eliminate the Second Amendment. This, along with the red-flag laws (which are commendable in theory, yet risky in application because they are subject to abuse) and the Remington case that the Supreme Court has been asked to consider (regarding the liability of gun manufacturers) paints a concerning picture for those who support the Second Amendment. Change is definitely needed. The country does not need any more tragedies. But labeling the NRA as a terrorist organization is not only the wrong approach, but also a deeply partisan one that won’t solve anything. It should be rejected on all levels.

Mr. Hakim is a political writer and commentator and an attorney. His articles have been published in The Washington Examiner, The Daily Caller, The Federalist, The Algemeiner, The Western Journal, American Thinker and other online publications. Twitter: @ThoughtfulGOP.