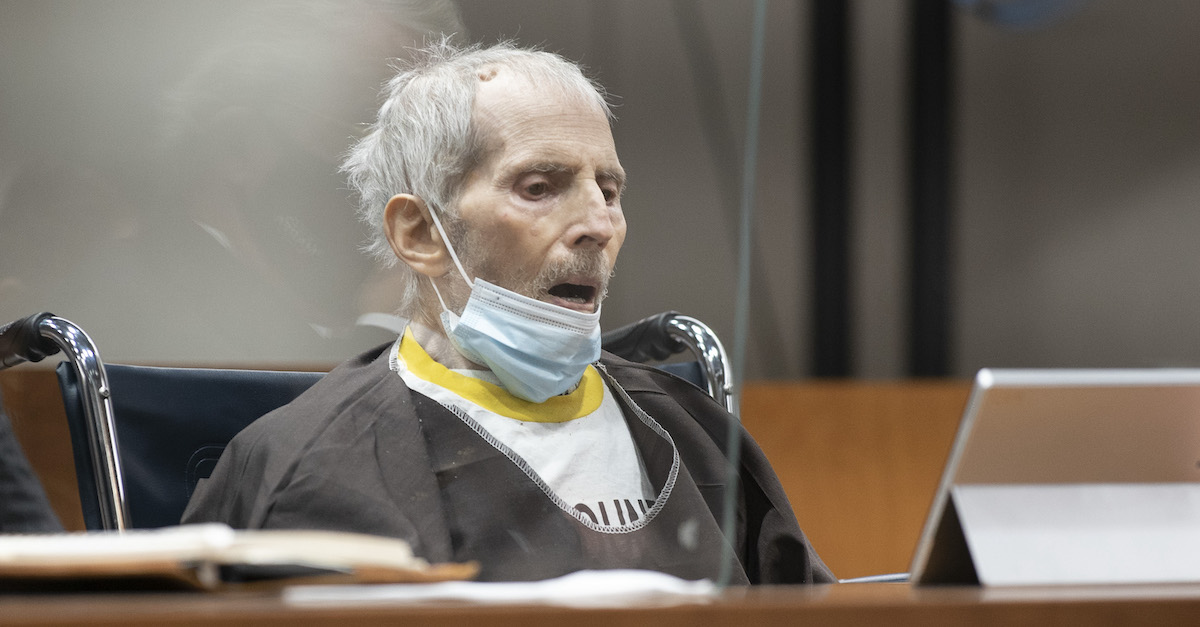 “When Kathleen Durst disappeared on January 31, 1982, her family and friends were left with pain, anguish and questions that have contributed to their unfaltering pursuit of justice for the last 39 years,” Westchester County District Attorney Miriam “Mimi” E. Rocah (D) said in a statement obtained by Law&Crime. “The District Attorney’s Office reinvigorated its investigation into Robert Durst just 10 months ago when I took Office, launched the Cold Case Bureau, and dedicated the resources and skill that I thought this case deserved. Thanks to the incredible hard work of our Assistant District Attorneys, the District Attorney’s Criminal Investigators and the New York State Police, we have taken a huge step forward in the pursuit of justice for Kathie Durst, her family and victims of domestic violence everywhere.”

Robert Durst was convicted in September for killing his friend Susan Berman in a 2000 execution-style murder at her Los Angeles County home. Prosecutors said he shot Berman because she had helped him cover up Kathie’s disappearance, and he did not want Berman to step forward to authorities.

Sentenced to life in prison without parole, Durst will die behind bars barring a successful appeal, but a possible trial in New York State, where Kathie disappeared, could mean justice at last in the case that started a bloody, decades-long odyssey. After killing Berman, defendant Durst went to Texas to keep a low profile, but ended up killing neighbor Morris Black, 71, in Galveston. Durst was famously acquitted of murder after claiming self-defense but was convicted for dismembering Black’s corpse.

“For nearly four decades there has been a great deal of speculation about this case, much of it fueled by Robert Durst’s own highly publicized statements,” Rocah said. “An indictment is a crucial step in the process of holding wrongdoers accountable for their actions.”

Robert Durst’s defense in the Berman trial tried to postpone the proceeding, saying that Durst had cancer. Durst was recently on a ventilator after catching COVID-19, attorney Dick DeGuerin said in mid-October.