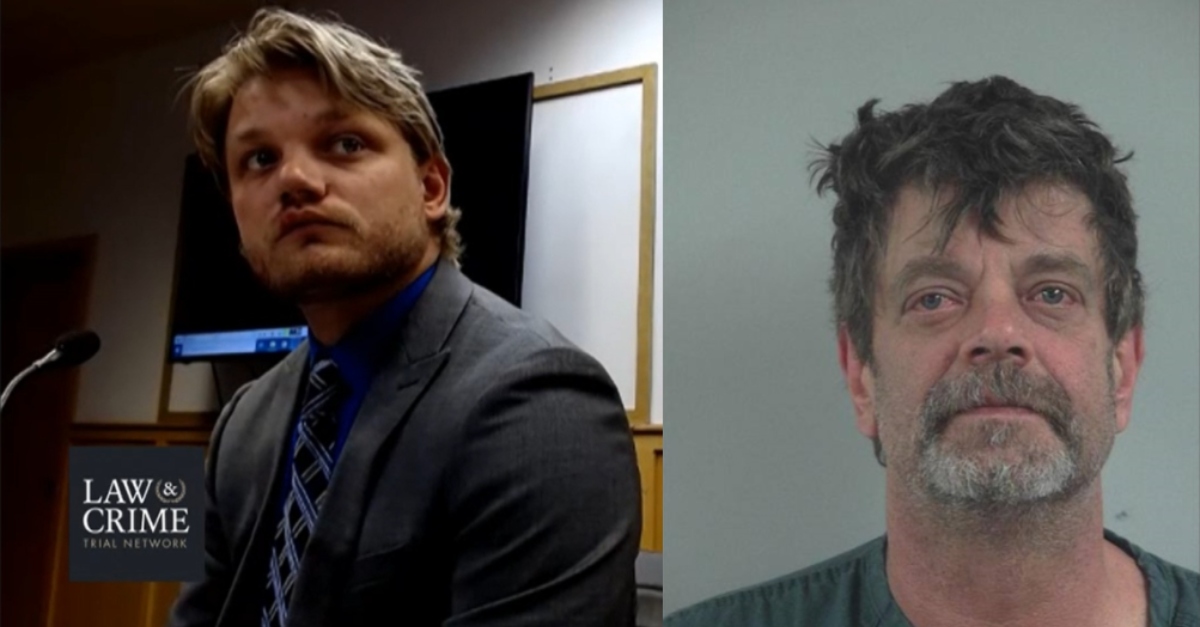 The brother of a murdered teenage boy testified on Wednesday that the victim found pictures of their defendant father wearing women’s clothing and a diaper — and of the defendant eating feces from that diaper. Prosecutors are using the testimony to assert that defendant Mark Redwine, 59, killed his son Dylan Redwine, 13, out of rage after being confronted about the photos.

The defendant killed his son on or about November 18, 2012 during a court-ordered visit in La Plata County, Colorado, authorities have said. Some of Dylan’s remains were found the following year; his skull turned up in 2015.  Both the remains and the skull were found on sites just miles away from the defendant’s home.

#MarkRedwine – Important to note Cory does calls him “Mark Redwine”, not my dad, etc… https://t.co/n7NZe8D7m0

Dylan’s brother Cory Redwine testified that their parents separated in 2005 and finally divorced around 2009 and 2010.

The relationship between defendant Mark Redwine and Dylan took a turning point in 2011, according to the brother’s testimony. During a trip, the teen discovered selfies on his father’s laptop of the father wearing women’s clothing, wearing a diaper, and eating feces from that diaper, according to Cory’s testimony.

“Dylan lost any reasons for him to look up to Mark that day,” Cory said.

The elder brother testified to taking pictures of those photos on the laptop. They were shown to the jury in court; however, his head blocked the in-court camera. The public watching the televised proceedings couldn’t see the exhibits.

The victim did not bring these pictures to the attention of the defendant at the time, but the victim asked Cory for copies of the images after he and his father got into what was described in court as an “altercation.” Mark Redwine allegedly said others people in Dylan’s life were bad influences, and Dylan wanted to confront Mark with the feces pictures in response.

Cory testified that he declined to send Dylan copies of the pictures.

Mark Redwine has has denied wrongdoing and argued that the that relationship was marked by parental alienation.