Medical Examiner: Joseph Rosenbaum May Have Fallen Toward Kyle Rittenhouse Because He’d Been Shot, Not Because He Lunged 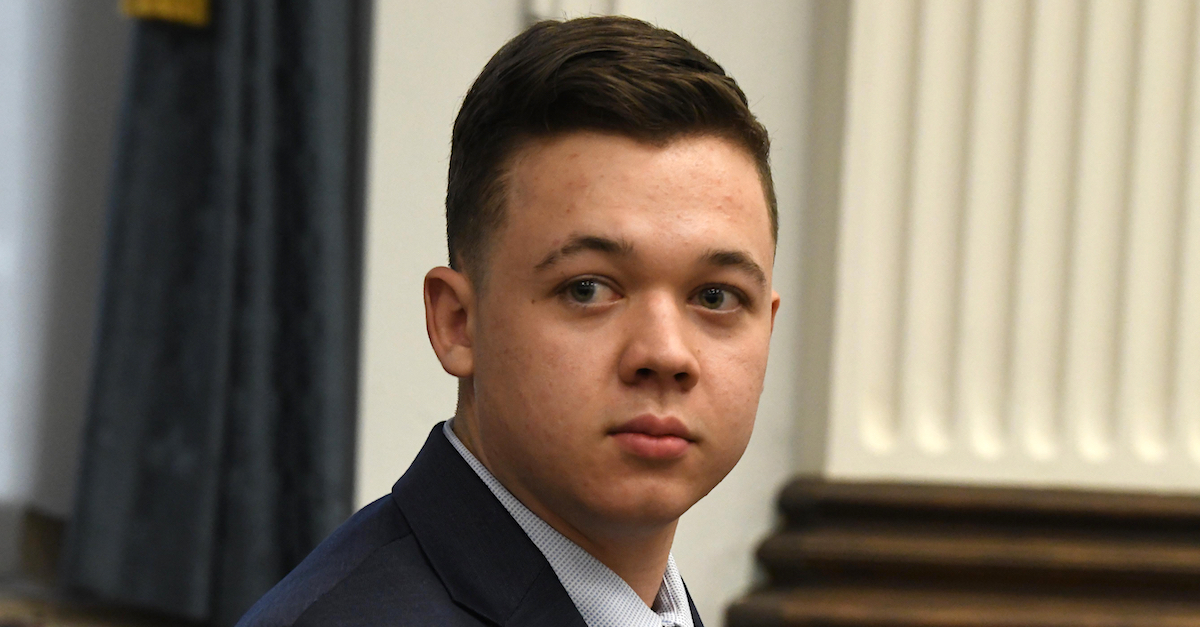 A medical examiner who performed the autopsies of both of the men Kyle Rittenhouse shot and killed in Kenosha, Wisconsin, on Aug. 25, 2020, testified that the first man Rittenhouse shot may have fallen forward due to being shot by the defendant himself — not because he was trying to attack the defendant.

The testimony by Dr. Doug Kelley, a forensic pathologist, seemed to have been designed by prosecutors to refute claims by several witnesses that Rittenhouse killed Joseph Rosenbaum specifically because Rosenbaum was lunging toward or stepping toward the defendant.

Assistant District Attorney James Kraus asked Kelley if a bullet injury to the groin and hip may have caused Rosenbaum “fall forward” or “move forward or move down in a downward position.” 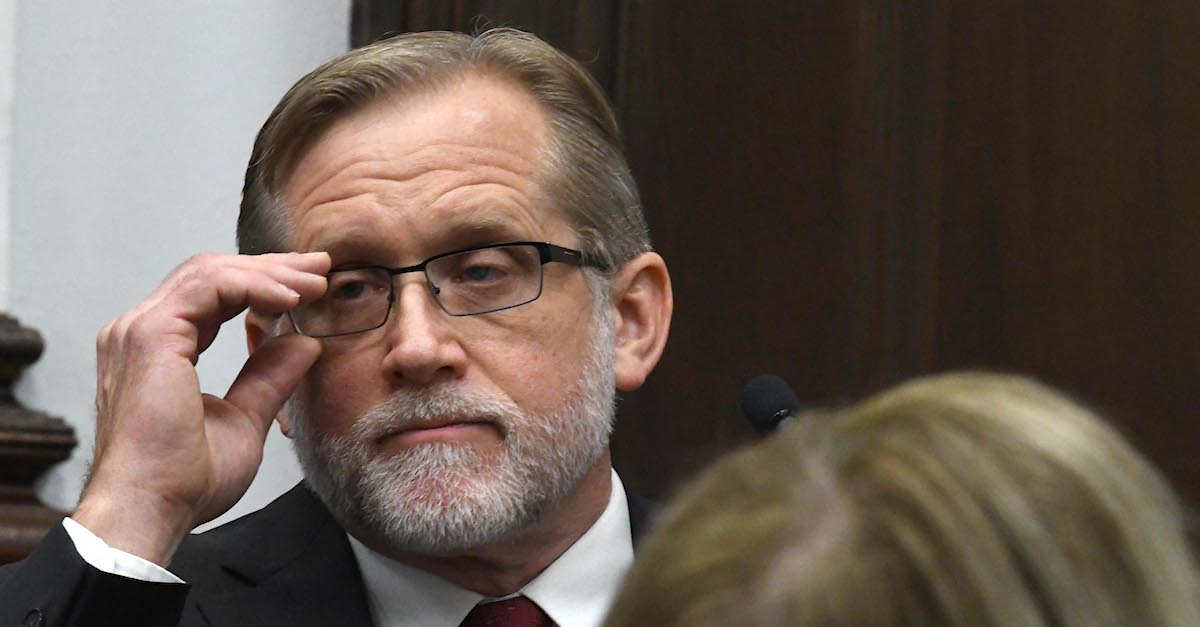 Kelley said it was “possible” that the first bullet Rittenhouse fired caused a “very complex fracture involving the right side of the pelvis which may make the pelvis and the right leg more unstable.” Rosenbaum, unable to support himself, then may have fallen forward — landing him in the position where Rittenhouse fired what Kraus called a “kill shot.”

Kelley said that while autopsies generally cannot ascertain the order in which gunshots are fired, the Rittenhouse case was different because video of the shooting aided his analysis.

“I can see that he’s upright when the first shot is heard,” Kelley said while re-watching videos of the shooting in court. 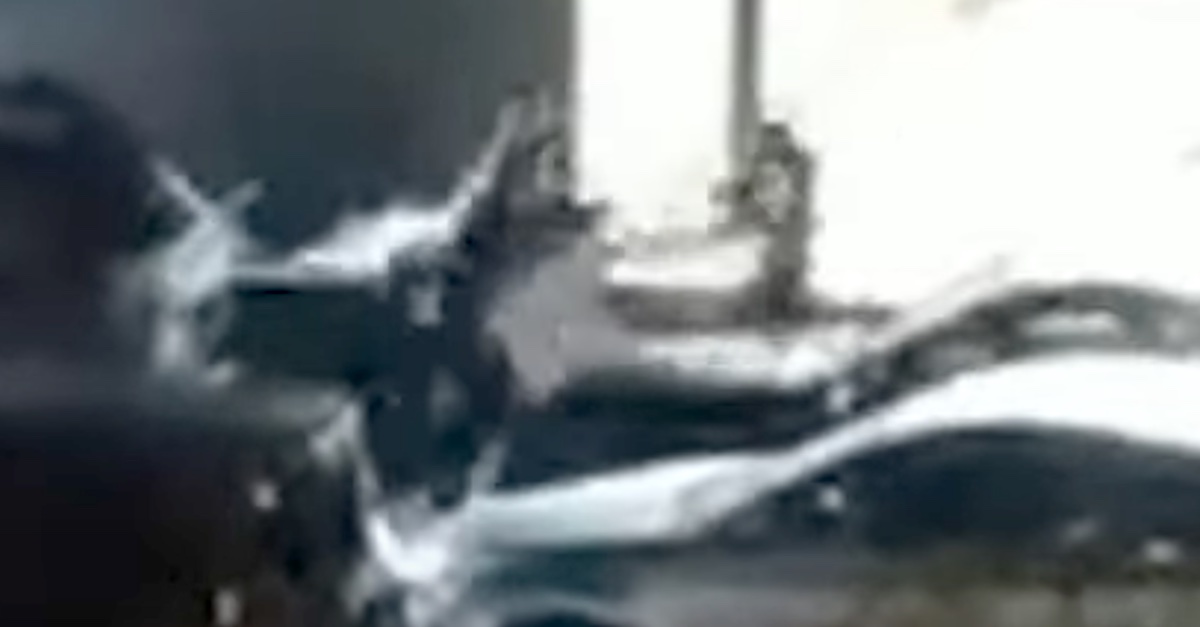 A grainy, enlarged frame from a surveillance video recording shots Kyle Rittenhouse (left) at the moment — or split seconds before the moment — he first shot Joseph Rosenbaum. (Image via the Law&Crime Network.)

Kelley said Rosenbaum was struck multiple times, but he agreed with prosecutors that a so-called “kill shot” — the lethal shot — was fired while Rosenbaum was falling or perpendicular to the ground.

Rittenhouse fired a “back to front shot to the head” and also fired a “kill shot to the back . . . while he was falling or perpendicular to the ground,” Kraus said during questions which Kelley reacted to favorably. 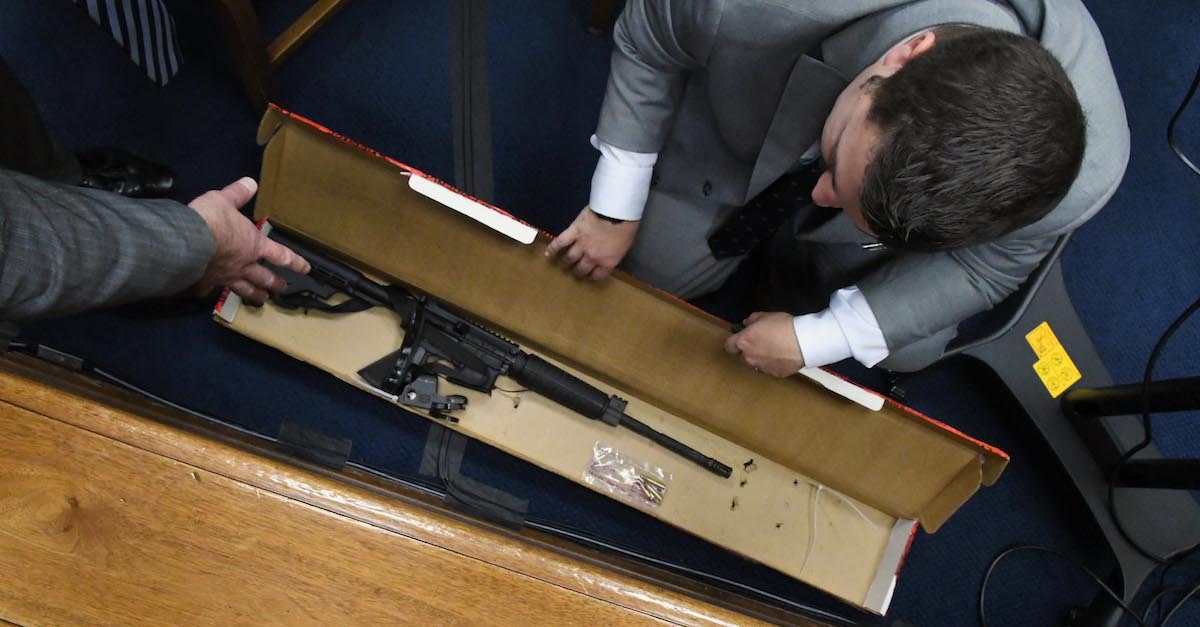 “The only way that the trajectories of the gunshot wounds to the right side of the head and the back make sense is if he’s more horizontal to the ground, and that is occurring at the time the last two gunshot wounds are heard on the video,” Kelley testified.

Richards asked Kelley to agree that Rosenbaum had “forward momentum” when the initial shots were fired.

Richards noted that soot stippling — deposits of other chemicals which discharge from the barrel of a gun when it is fired — were on Rosenbaum’s ring and middle fingers, but not on his pinkie finger. The specific location of the soot stippling, Richards suggested, points toward self defense. 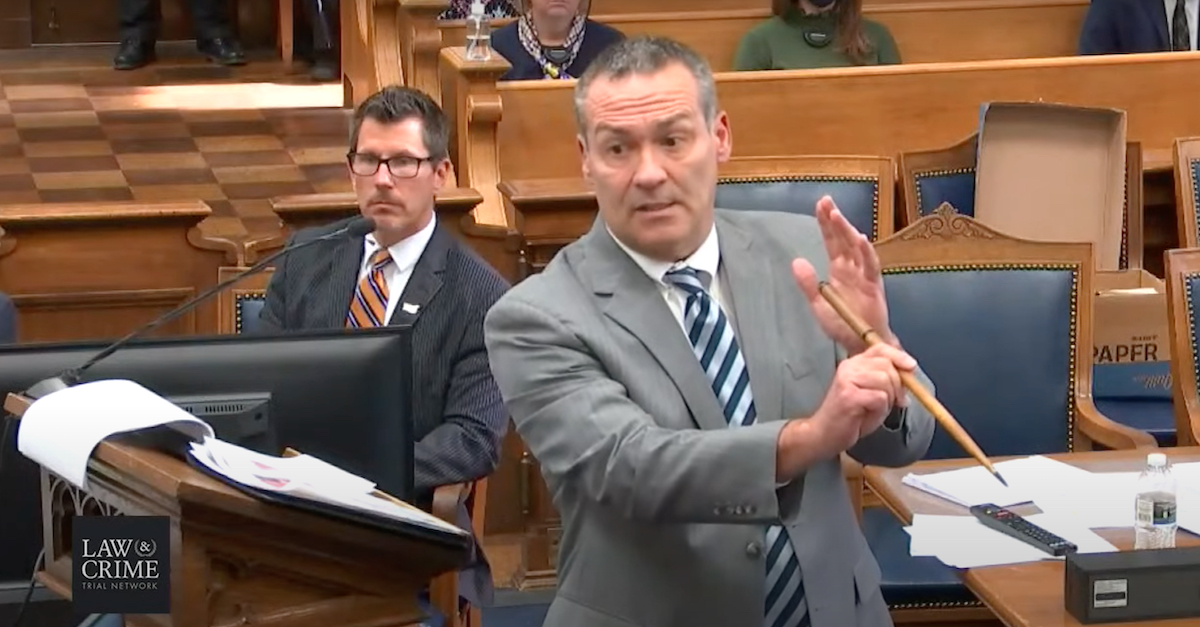 Using a courtroom pointer as a prop to simulate the direction of a gun barrel, defense attorney Mark Richards asks forensic pathologist Dr. Doug Kelley to agree that Joseph Rosenbaum was shot with his hand positioned as indicated. (Image via the Law&Crime Network.)

“That hand was over the barrel of Mr. Rittenhouse’s gun when his hand was shot?” Richards asked.

“The bullet goes in the fingers and out through here,” Richards said while pointing to the nook between his index finger and thumb.

On re-cross, Richards asked a bailiff to to hold Rittenhouse’s gun so that he could pose in a manner suggested by Kelley. Judge Bruce Schroeder called news photographers to the front of the courtroom to record the pose and send copies of the images to the clerk of court.

After the jury broke for lunch, the state rested; defense attorney Richards immediately moved to dismiss count seven against Rittenhouse. That count accuses the defendant of failing to comply with an emergency management order of a state or local government for failing to heed a curfew. A testy exchange occurred about the quantity of the evidence necessary to prove that charge; prosecutors said at least one law enforcement officer testified that a curfew was in place. Judge Schroeder said he was inclined to grant the request but did not do so immediately.