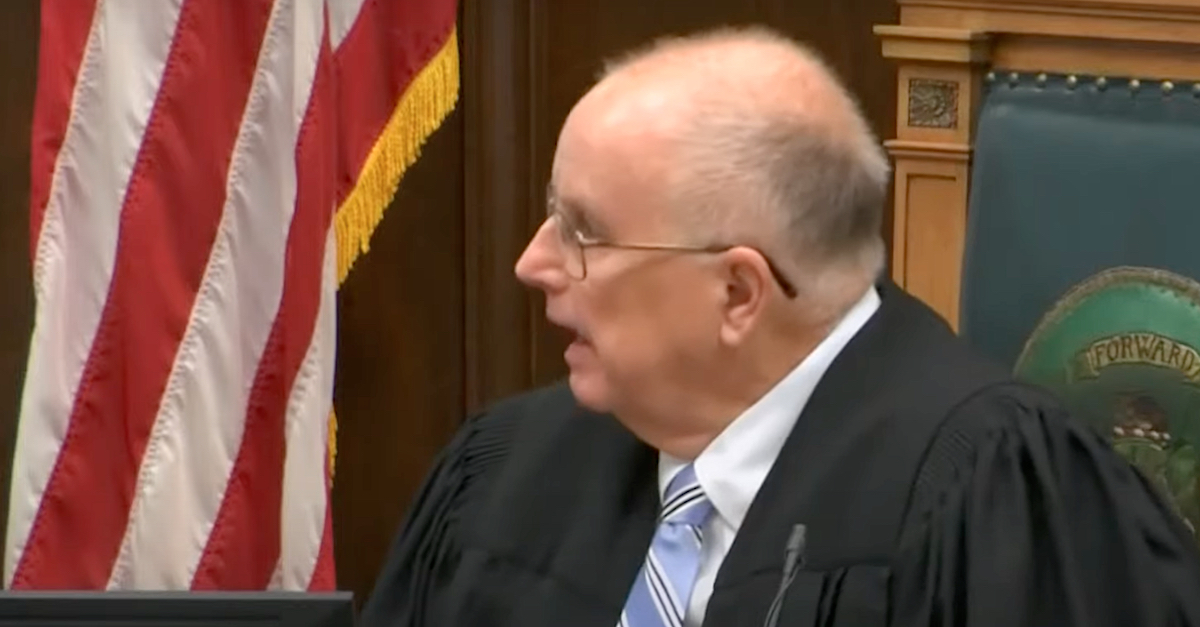 Judge Bruce Schroeder reacts to a statement made by Juror #7 in the Kyle Rittenhouse murder trial. (Image via the Law&Crime Network)

Saying that the “appearance of bias is present,” the judge overseeing the intentional homicide trial of Kenosha, Wis. shooter Kyle Rittenhouse on Thursday morning dismissed a juror who made an inappropriate joke about the police shooting of Jacob Blake.

“Why did it take seven shots to shoot Jacob Blake?” the juror allegedly said (according to Schroeder’s retelling).

“Why did the Kenosha Police shoot Jacob Blake seven times?” Binger recalled being told the juror had asked.

“It’s my understanding that the rest of the joke was: ‘because they ran out of bullets,'” he added.

A Kenosha police officer shot Blake in Aug. 2020, leading to widespread protests that in turn lured Rittenhouse into the violent and destructive fray. Rittenhouse subsequently killed two people and injured a third during the civil unrest. Prosecutors say Rittenhouse purposefully agitated the first person he shot and then continued to fire on those who attempted to disarm him; defense attorneys say he fired in self defense to prevent himself from being killed by a violent crowd.

Binger said the implication was that the juror was highly favorable to the defendant’s viewpoints.  He called for the juror’s expulsion from the trial; the defense said the juror should be questioned before being ejected; all agreed.

The juror was subsequently brought into court to answer questions for the record.

“I was told that while you were being escorted to the car the other day that you began to tell a joke about the shooting of Jacob Blake, and I wanted to see if that was accurate or not,” the Judge Schroeder said to the juror.

“It is?” the judge said in response to an inaudible response from Juror #7. “Are you comfortable repeating what the joke is, or do you just want to leave it alone?”

Juror #7 apparently answered that he did not want to repeat the joke when called to answer for it, though his comment was not audible on a live feed of the proceeding.

The judge was not amused.

“I will tell you that I’ve talked quite a bit about public confidence in the outcome of the trial, and regardless of whether the issue is as grave as you’ve presented it in terms of inner feelings, it is clear the appearance of bias is present, and it would seriously undermine the outcome of the case,” Schroeder said.  “That, in itself, would be sufficient cause for discharge.” 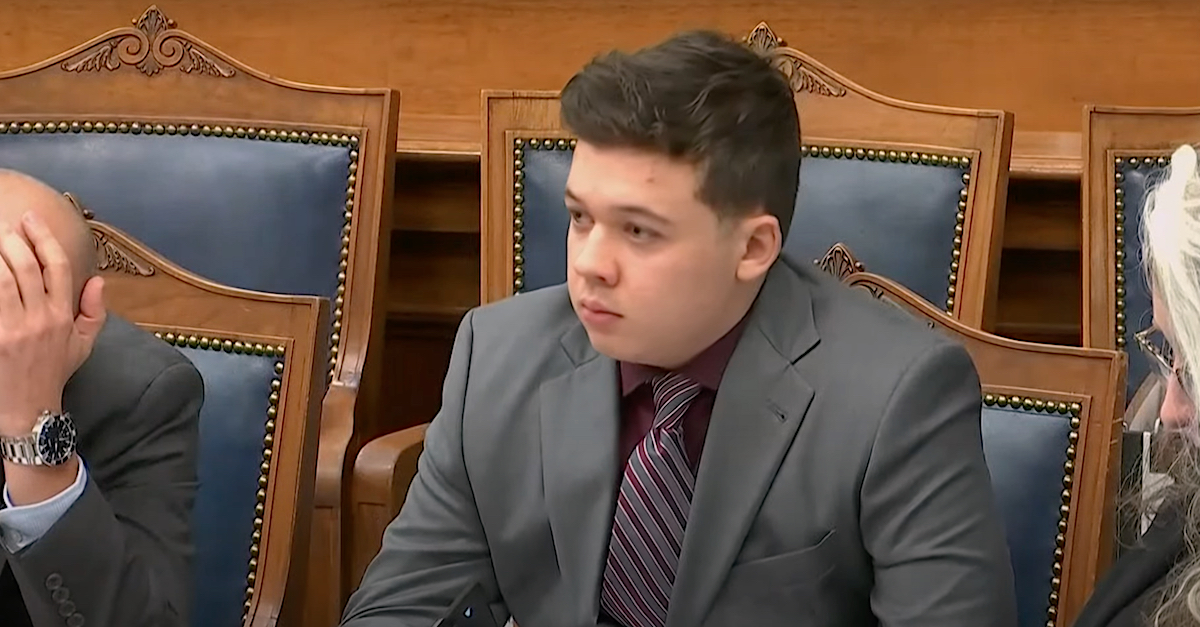 Kyle Rittenhouse appears in court on Nov. 4, 2021. (Image via the Law&Crime Network)

Schroeder asked Binger and the defense if it had anything to add.

“His unwillingness could be taken in the worst light,” one of the attorneys present said off camera.

“Under the circumstances, I’m going to dismiss you from the jury, sir,” Schroeder said.  “And we do thank you for taking the time to come down here.”

After being relatively mum, the juror decided to dig in.

“I have to make judgments,” Schroeder responded.  “I try to confine my judgments to the things I have to judge . . . I don’t want to get into that.”

The judge was attempting to articulate that an appearance of bias was present.  A finding of actual bias was not necessary to jettison Juror #7 from the remainder of the trial.

“The public needs to be confident that this is a fair trial,” Schroeder continued.  “At the very most, it was bad judgment to tell a joke of that nature.  Okay?  Thank you very much, sir.”

“At the very least, it was bad judgment,” the judge clarified.

Prosecutor James Kraus asked the judge to remind the remaining jurors to inform the court “immediately” if something is amiss.

In the middle of the discussion about Juror #7, the judge briefly addressed several other matters before testimony resumed. One was a note from another juror who reported that he may know one of the individuals who recorded a video that became a court exhibit. Neither side objected to that juror’s remaining presence on the panel. Yet another note from a bailiff expressed that Juror #49 was struggling to see evidence monitors due to trouble with his trifocals. Additional perfunctory discussions surrounding the temperature in the courtroom were also had.

Watch the discussion surrounding Juror #7 below via the Law&Crime Network: