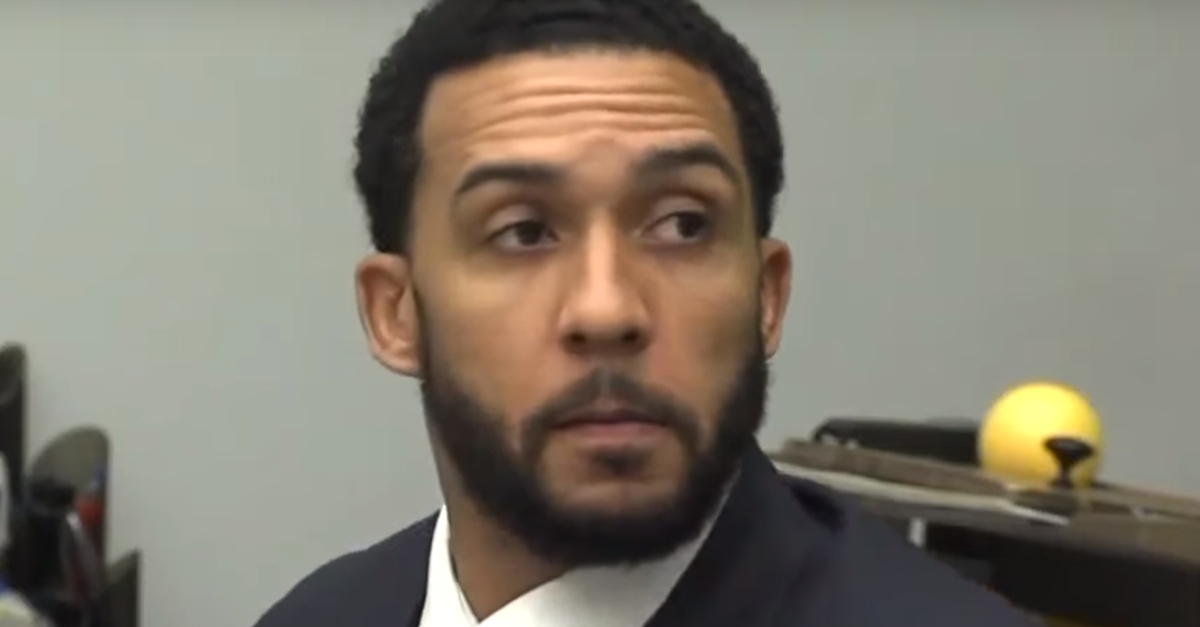 Opening statements are expected Monday in the trial of former NFL tight end Kellen Winslow II. He faces life in prison for a slew of charges including forcible rape, sodomy by use of force, and rape of unconscious person. Prosecutors in San Diego County, California say he preyed on women in their 50s. The outlier is a 33-year-old woman who said the defendant raped her at a party when they were teenagers. The fifth alleged victim is a 77-year-old woman, who claimed that Winslow fondled himself in front of her at a gym while he was out on $2 million bail.

Here’s what you need to know about this upcoming case.

The case caught attention, in part, because of the extent of the allegations, but also because of the defendant’s backstory. He’s the son of NFL hall of Fame tight end Kellen Winslow Sr., and followed his father into football, even playing the same position. Winslow II made a name for himself in college, and for the most part, evaded national controversy. As a player for the University of Miami, he once was very dismissive after being told he injured a rival player, and he described himself as a “soldier.” He was drafted sixth overall in 2004, and played 10 years before ending his career with the New York Jets in 2013.

2. The Earliest allegation stems from 2003

A woman says that Winslow raped her. She was 17. He was 19 at the time. She testified that they had had met at a party, and “started kissing and moving toward having sex,” she testified last year, according to Yahoo. The situation was derailed when another man, “Matt,” stepped into the bedroom, and Winslow said this person was just going to watch. She put an end to things, she said.

She claimed, however, that she blacked out at a party two weeks later. The next thing she remembered, she was being raped by Winslow, she said. He was also pushing her face into Matt’s crotch, she said.

Three of the other women are in their 50s. They each had stories where Winslow approached them and then stepped over the line. An alleged victim identified as Jane Doe 2 said that Winslow offered to take her out for coffee, but he pulled over to the side of the road and raped her. Another woman, Jane Doe 3, testified that the defendant approached her while she was cutting flowers in her yard, then took his pants off and exposed himself to her.

A third woman, Jane Doe 1, said she was hitchhiking when Winslow picked her up, and raped her. Her testimony at a preliminary hearing in 2018 hit a pretty big roadblock, when she hesitated to identify her attacker in court. When she did, she didn’t point at the defendant. She pointed at his attorney Brian Watkins. Both were black men, were in suits, clean-shaven, and had similar haircuts. Winslow previously appeared in court with a beard.

Winslow allegedly got into more trouble when out on bail earlier this year. Prosecutors put up more charges after Winslow allegedly exposed himself and masturbated in front of a 77-year-old woman in two incidents at a gym in February.

Winslow also allegedly told an 18-year-old girl that she looked cute, and told her he had recently seen her around. The parents reportedly complained about this to cops, but the defendant won’t face charges over this.