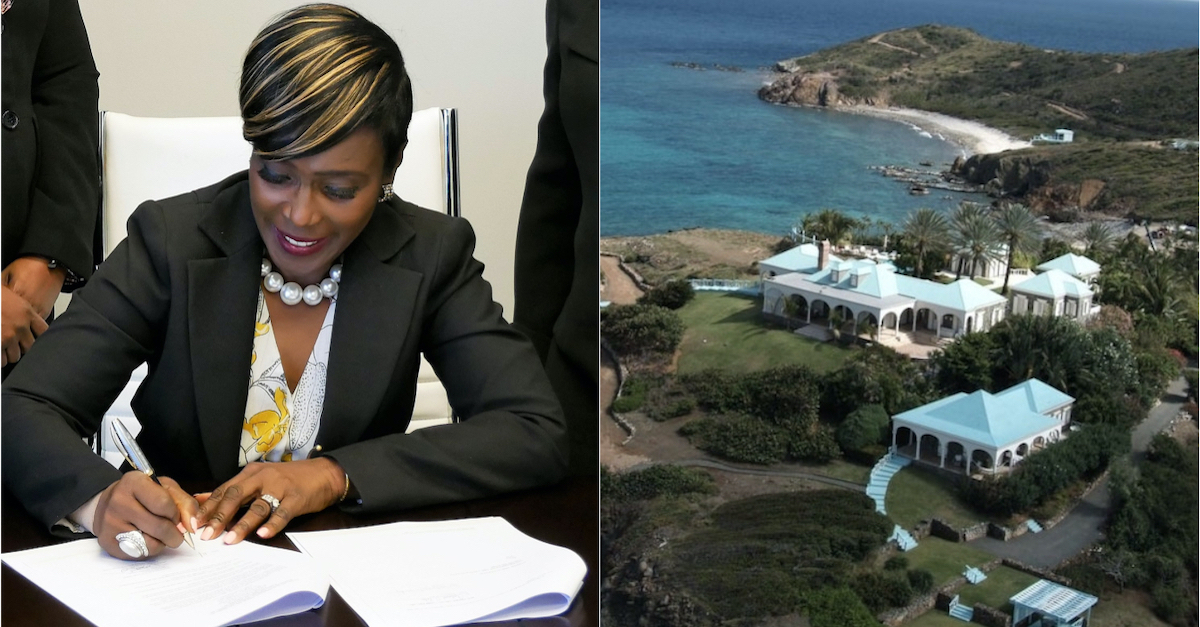 The Virgin Islands top prosecutor who reached a more than $105 million settlement with Jeffrey Epstein’s estate lost her job days after suing JPMorgan Chase in connection with her probe.

The federal lawsuit, filed in New York, accused the bank of having “facilitated, sustained, and concealed” Epstein’s human trafficking network.

“JP Morgan turned a blind eye to evidence of human trafficking over more than a decade because of Epstein’s own financial footprint, and because of the deals and clients that Epstein brought and promised to bring to the bank,” the lawsuit alleged. “These decisions were advocated and approved at the senior levels of JP Morgan, including by the former chief executive of its asset management division and investment bank, whose inappropriate relationship with Epstein should have been evident to the bank. Indeed, it was only after Epstein’s death that JP Morgan belatedly complied with federal banking regulations regarding Epstein’s accounts.”

Epstein victims, who sued anonymously in a pair of class action complaints, previously had accused JPMorgan Chase and Deutsche Bank  of “complicity” in the sex trafficking scheme. Though Epstein died in jail before his trial, his co-conspirator Ghislaine Maxwell was tried, convicted, and sentenced to 20 years in prison.

Days after the AG’s filing of the lawsuit — on New Year’s Eve — George was removed from her post. Local news outlets in the Virgin Islands reported that the attorney general had not informed the territory’s Gov. Albert Bryan about her impending enforcement action.

The development was first reported by The Virgin Islands Consortium, citing anonymous sources. Bryan subsequently confirmed George’s termination — without providing an explanation for it — in a statement sent to multiple news outlet.

“I relieved Denise George of her duties as attorney general this weekend,” Bryan wrote in a statement sent to Law&Crime. “I thank her for her service to the people of the territory during the past four years as attorney general and wish her the best in her future endeavors.”

The governor’s spokesman declined to elaborate, telling Law&Crime: “I am not at liberty to discuss details on personnel matters.”

George had led the office when Thomas-Jacobs signed her name to a complaint suing Epstein’s estate under the territory’s Criminally Influenced and Corrupt Organizations Act (CICO) enforcement action, the local equivalent of a racketeering lawsuit. That action accused the estate’s executors Darren K. Indyke and Richard D. Kahn of acting as Epstein’s “indispensable captains.”

Both denied those allegations and did not concede wrongdoing under the recent settlement, which called upon the estate to keep providing documents for the attorney general’s “ongoing investigation.”

The case that George filed against JPMorgan Chase before her departure has been marked as related to the proposed class action lawsuits filed in the same court against JPMorgan Chase and Deutsche Bank, currently pending before Senior U.S. District Judge Jed Rakoff. Those now-consolidated cases have been scheduled for trial in the Southern District of New York in the summer of 2023.

Listen to Law&Crime’s podcast Objections: with Adam Klasfeld below for a rundown on what the new year may hold for the Epstein saga.