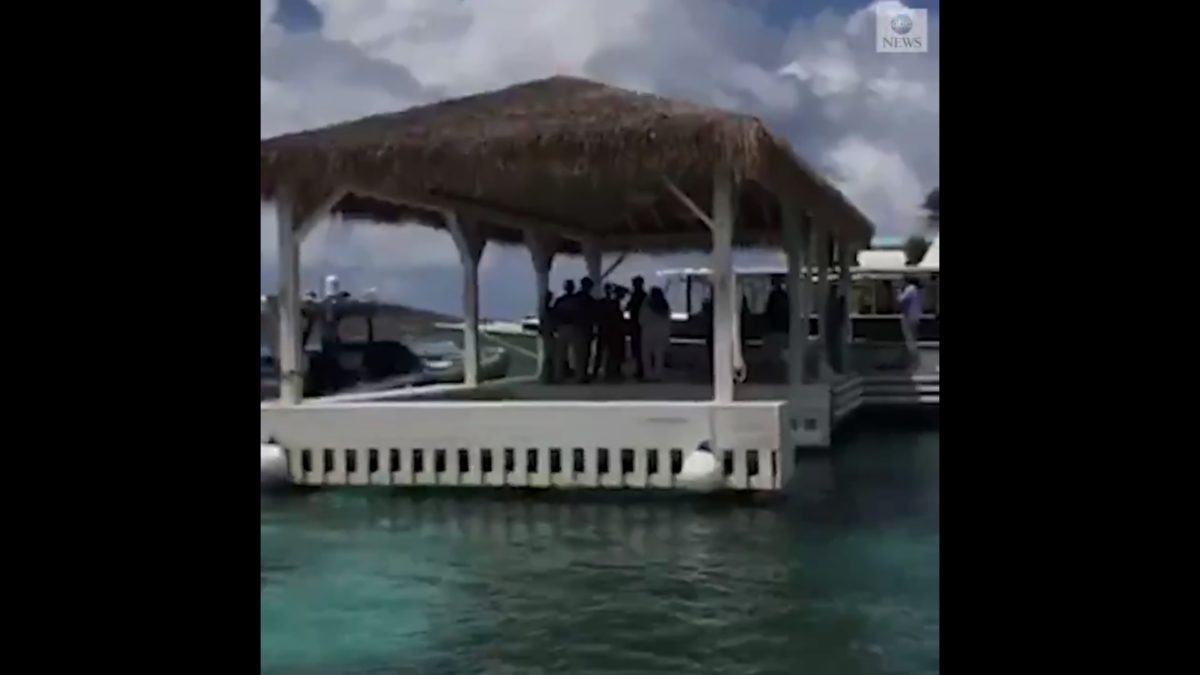 A little more than a year after initiating their lawsuit against Jeffrey Epstein’s estate, the Virgin Islands Attorney General’s Office ratcheted up the allegations against executors Darren K. Indyke and Richard D. Kahn in a revised civil complaint depicting them as “indispensable captains” of Epstein’s sex-trafficking operation.

Prosecutors now claim that Epstein sought the men’s help in three sham marriages and allege that the disgraced financier’s parade of victims kept getting flown to his island up until 2017, a year before the Miami Herald‘s exposé “Perversion of Justice” paved the way for his renewed prosecution.

“Defendants Indyke and Kahn participated with Epstein in coercing his sex trafficking victims, in at least three cases, to enter into arranged and forced marriages in order to obtain immigration status for the foreign women so that they could continue to be available to Epstein for his abuse—a doubly-deep assault on their will and dignity,” Assistant Attorney General Carol Thomas–Jacobs wrote in an 83-page second amended complaint. “Defendant Kahn provided a letter of reference for at least one immigration application and tax services to the spouses, and Defendant Indyke paid the immigration lawyer who applied for citizenship for the women and threatened at least one who indicated that she would seek a divorce. They used their professional skills and authority to carry out this abhorrent scheme.”

“Indyke and Kahn were, in short, the indispensable captains of Epstein’s criminal enterprise, roles for which they were richly rewarded,” the complaint continues.

Unlike the initial complaint from Jan. 25, 2020, the second amended complaint filed on Wednesday accuses the men of “active participation” with the “Epstein Enterprise,” a maze of more than a dozen people and entities, known and unknown.

U.S. Virgin Islands Attorney General Denise N. George said that her investigation has proceeded in the face of stonewalling by Epstein’s estate.

“Despite the Estate’s continual refusal to cooperate with discovery, documents and information obtained from third parties, my office has uncovered extensive evidence about the lengths that Epstein and his co-conspirators went to conceal and protect their long-running sex trafficking operation, and many other fraudulent actions,” George wrote in a statement.

Indyke and Kahn’s attorney Daniel H. Weiner, a partner at Hughes Hubbard & Reed LLP, denied the allegations against his clients.

“It is enormously regrettable that the Attorney General chose to level false allegations and to unfairly malign the co-executors’ reputation without any proof or factual basis to do so,” Weiner wrote in an email.

“If the Attorney General actually had in mind the best interests of Mr. Epstein’s victims, she would grant the co-executors’ repeated requests that she immediately release her liens on the two Virgin Islands properties owned by the estate and allow the co-executors to sell those properties to fund the Epstein Victims’ Compensation Program, a voluntary, non-adversarial compensation program conceived and implemented by the Co-Executors and paid for entirely by the Epstein estate,” he continued. “To date, the Estate has funded that Program with over $87 million to pay claims made through it; the co-executors continue to diligently attempt to raise additional funds for use in that program.”

Two days before being found dead in his cell in August 2019, Epstein signed his will—an act that has shaped the litigation with his estate ever since.

Virgin Islands prosecutors went to the Southern District of New York, where Epstein and his accused accomplice Ghislaine Maxwell were being prosecuted, to seek sealed information in service of their Criminally Influenced and Corrupt Organizations Act enforcement action, the territory’s equivalent of the civil racketeering statute. U.S. District Judge Loretta Preska partially granted that request in November.

A marked-up copy of the new complaint reveals how their investigation has progressed since that time, revealing Epstein’s extreme control over his alleged victims.

“The girls had to give notice if they left the main residence and were kept to a rigid set of roles and rules,” the new complaint states, citing allegations from a victim describing being flown there dozens of times up until as late as 2017. “Epstein brought victims to business meetings, where they were often required to massage his feet or run errands. Victims had to use Epstein approved doctors and sign consent forms for access to their medical records. Epstein also required them to give him their email passwords. Each of these was a means of demonstrating and reinforcing his control over the women and girls.”

“During this time period through 2017, this victim observed a succession of girls and young women who were transported to Little St. James and while there were called into Epstein’s office or sauna to engage in sexual acts,” prosecutors wrote.

The lawsuit also unpacks a labyrinth of corporate entities and non-profits allegedly tied to the scheme, including the J. Epstein Virgin Islands Foundation, Inc., LSJE, LLC, The Butterfly Trust and others.

“Indyke and Kahn were paid through multiple entities, including HBRK Associates, Inc. (Kahn), Coatue Enterprises, LLC (Kahn), Birch Tree BR, LLC (Indyke) Harlequin Dane, LLC (Indyke) and Darren K Indyke, PLLC, which functioned as shell companies and engaged in no activities other than to coordinate the activities of Epstein’s Enterprise, including the receiving and sending money to other entities they held,” the complaint states.

Epstein’s murky finances have long been a subject of mystery, speculation, and scrutiny. New York regulators hit Deutsche Bank with a $150 million penalty last summer for having “inexcusably failed to detect or prevent millions of dollars of suspicious transactions.”

Read the second amended complaint in the Virgin Islands action below: