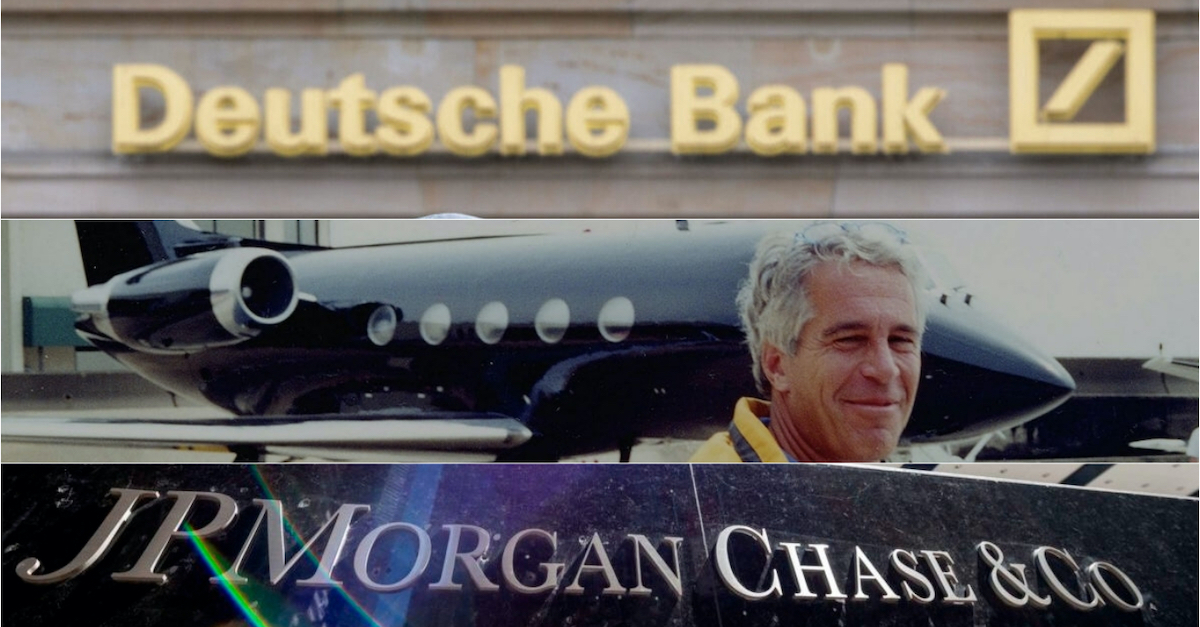 Women who say they are Jeffrey Epstein’s survivors accused Deutsche Bank and JPMorgan Chase of “complicity” in his sex trafficking scheme.

After the stock market meltdown of 2008, Wall Street could hardly have found a sharper critic on the federal bench than Senior U.S. District Judge Jed Rakoff. He repeatedly wondered aloud why more megabank executives didn’t go to jail — both from the bench, and in case the public didn’t hear him, in the pages of the New York Review of Books.

It’s rare for federal judges to state their opinions in mass market magazines rather than in their courtrooms, but Rakoff’s headlines pulled no punches. One asked, bluntly: “The Financial Crisis: Why Have No High-Level Executives Been Prosecuted?”

The lawsuit against Deutsche Bank accused the German lender of violating federal anti-racketeering law, a statute designed to combat the Mafia and organized crime gangsters. Both actions allege violations of the Trafficking Victim Protection Act (TVPA) and detail the reasons both banks knew their customer, Jeffrey Epstein, from the flood of evidence against him that emerged from his Florida prosecution.

“The Epstein sex-trafficking venture’s purpose included enticing, obtaining, harboring, and transporting the young victims without drawing unwanted attention from law enforcement,” both the lawsuits read in identical passages. “The venture had everything a sex-trafficking organization needed — funding, infrastructure, the appearance of legitimacy, and perhaps most importantly a complicit banking institution. It was by many accounts the most powerful and wealthiest sex-trafficking venture ever created.”

Deutsche Bank and JPMorgan Chase have both faced Judge Rakoff in his courtroom before — and had a rough go of it.

In fact, just this past June, Rakoff gave the green light to a separate lawsuit by Deutsche’s shareholders who sued that bank for doing business with risky clients like Epstein and Russian oligarchs.

“[T]he statements at issue here describe specific processes that the Bank and its executives allegedly knew were being systematically undermined by an unwritten but pervasive practice of exempting ultra-rich and politically connected wealth management clients from the due diligence processes supposedly required by Bank policy,” Rakoff found in a 30-page opinion in May, which sent the case to discovery.

Deutsche Bank ultimately settled that lawsuit in September for $26.25 million. The latest lawsuit seeking to hold the bank liable for its relationship with Epstein does not specify how much in damages it seeks, only that this amount should be tripled under the RICO statute.

Also earlier this year, Rakoff advanced another lawsuit against JPMorgan Chase filed by former compliance employee Shaquala Williams, who claims to have been fired for raising concerns about its program. The July ruling found that a reasonable jury could determine that Williams’s “protected activity” contributed to her termination. That case also settled in October, on undisclosed terms.

CNN legal analyst Jennifer Rodgers, who spent decades as a federal prosecutor inside the Southern District of New York, knows Rakoff as “fearless.”

“I think some litigants may be wary of drawing Judge Rakoff for a few reasons: he moves cases more swiftly than most judges do, he has seen it all so he does not suffer fools (or foolish arguments), and he is absolutely fearless,” Rodgers told Law&Crime. “A judge who refuses to approve major settlements with the SEC or rules that the federal death penalty is unconstitutional is not afraid of reversal or criticism. Judge Rakoff is about as far from a rubber stamp as you can get.”

More than a decade ago, Rakoff famously tried to stop a settlement between the Securities and Exchange Commission and Citigroup allowing the bank to pay $285 million — “pocket change,” in the judge’s view — for allegedly selling $1 billion in mortgage-backed securities that they secretly shorted. One trader was quoted calling the securities “a collection of dogsh!t,” in internal messages.

The Second Circuit ultimately reversed Rakoff on appeal, finding that he didn’t have the authority to block the settlement.

Deutsche Bank released a brief statement to Law&Crime: “We believe this claim lacks merit and will present our arguments in court.”

Attorney Brad Edwards, who represents the Epstein survivors suing the banks, did not immediately respond to an email requesting comment.