Can You Get Out of a Coronavirus Quarantine? | Law & Crime

If the Government Thinks You Have Coronavirus, There’s Probably Nothing You Can Do to Avoid Quarantine 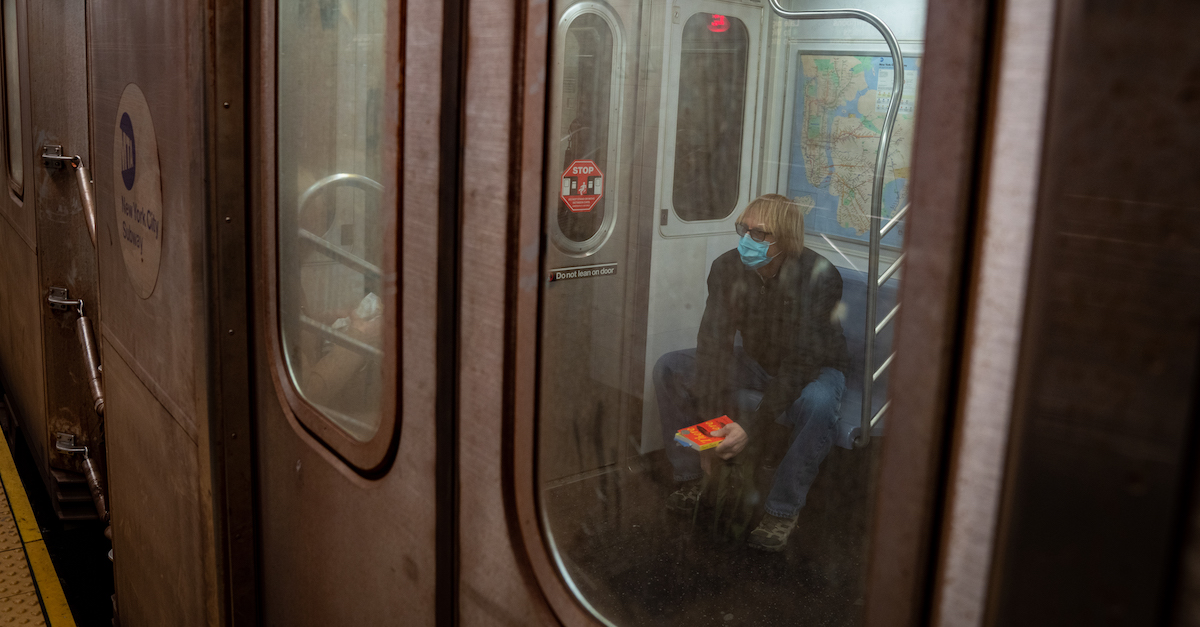 Don’t have symptoms of the novel Coronavirus (COVID-19)? That’s good. But if the government thinks you do or otherwise wants you in quarantine, well, it’s probably too bad.

The oft-cited source for state government’s strong quarantine power is the 1824 landmark Supreme Court case of Gibbons v. Ogden, which didn’t actually have anything to do with a medical quarantine but rather a complicated waterways and steamboat licensing dispute between between wealthy would-be monopolists and their wealthy competitors.

“Inspection laws, quarantine laws, health laws of every description, as well as laws for regulating the internal commerce of a State, and those which respect turnpike roads, ferries, &c., are component parts of this mass of state laws not surrendered to the federal government],” the high court noted before later discussing two quarantine laws passed in 1796 and 1799. Those laws were described as “health laws [which] are so denominated in the acts of Congress, and are considered as flowing from the acknowledged power of a State to provide for the health of its citizens.”

A ruling nearly 80 years later in Compagnie Francaise de Navigation a Vapeur v. Louisiana Board of Health reaffirmed the constitutionality of state laws proscribing mandatory quarantines for the general health of the public—without any confusing disputes about the Robert Livingston family or their many cruise boats either.

The court noted, in no uncertain terms, as follows:

That from an early day the power of the states to enact and enforce quarantine laws for the safety and the protection of the health of their inhabitants has been recognized by Congress, is beyond question. That until Congress has exercised its power on the subject, such state quarantine laws and state laws for the purpose of preventing, eradicating, or controlling the spread of contagious or infectious diseases, are not repugnant to the Constitution of the United States, although their operation affects interstate or foreign commerce, is not an open question.

So, that’s the states. Their power is essentially limitless in this regard. Frustrated only by the limited imagination of authority itself. If state authorities attempt to impose a China-style lockdown—a la Wuhan—on known or suspected Coronavirus hotspots, then American liberty becomes less like a Lee Greenwood song and more like a jingle selling handcuffs.

But what powers does the federal government have? They’re technically quite limited.

As Law&Crime previously explained, the power for the Center for Disease Control’s (CDC) first nationwide quarantine in 50 years for repatriated U.S. citizens returning from China was sourced to an interpretation of the Commerce Clause of the U.S. Constitution coupled with the federal government’s widespread immigration authority and a federal statute which grants the feds additionally wide latitude here—once an executive order has been issued.

But even then, the Trump administration’s haphazard response to the Coronavirus outbreak—which a federal whistleblower claims spread the virus throughout the U.S.—was managed and put into action by state health officials. And, once quarantined patients were back inside the U.S. and off their plane, it was state quarantine orders that kept them away from the general public.

This hefty state-based authority, however, cuts both ways. While the several states have generally leaned into working with the Trump administration—with some obvious exceptions—to contain and combat the coming pandemic so far, they simply do not have to lend their resources to the federal government or otherwise obey those orders if they decide against them. Or, in the language of the Supreme Court: the feds cannot “commandeer” state officials to enact a federal purpose. Such a state of play, of course, raises perennial federalism concerns.

In short: there currently is no national response to the Coronavirus and there may never be one. In theory, that’s largely because our system of government sort of forecloses against such a response. But, in practice, it’s could be because the federal government is trying to downplay the issue or hasn’t come up with a solution for any number of reasons.

It’s an open question what would happen if the CDC were to genuinely flex muscle and attempt a thoroughgoing national response. This is something that simply hasn’t happened before. But, in the interest of reality: the better assumption here would be that the U.S. government could likely exercise such authority if it decided to. Who, after all, would really be able to stop them?

“The truth is, nobody knows much of anything about this because the modern case law postdates quarantines,” Cornell Law Professor and civil liberties expert Michael Dorf told Forbes in 2014.

Law&Crime reached out to Professor Dorf for a possible update on his thoughts in this regard but he declined to weigh in until there was something specific in the works. Dorf also authored a lengthy analysis of competing thoughts on the subject of federal quarantine power for Verdict that’s well worth a read.

“[Q]uarantine amounts to an extraordinarily serious limitation on liberty,” he noted in conclusion. “Moreover, even a quarantine that is justified for purposes of preventing the spread of a disease to the general population can put the individuals subject to the quarantine at greater risk of becoming sick themselves—by concentrating them among others with a higher risk of being infected.”

TL;DR—if the government, state or federal, wants to institute widespread lockdowns, the academic debates about their authority are likely to fall by the wayside as far as the states themselves are concerned. But that doesn’t mean individual lawsuits and petitions don’t stand a chance to throw a wrench in the works.