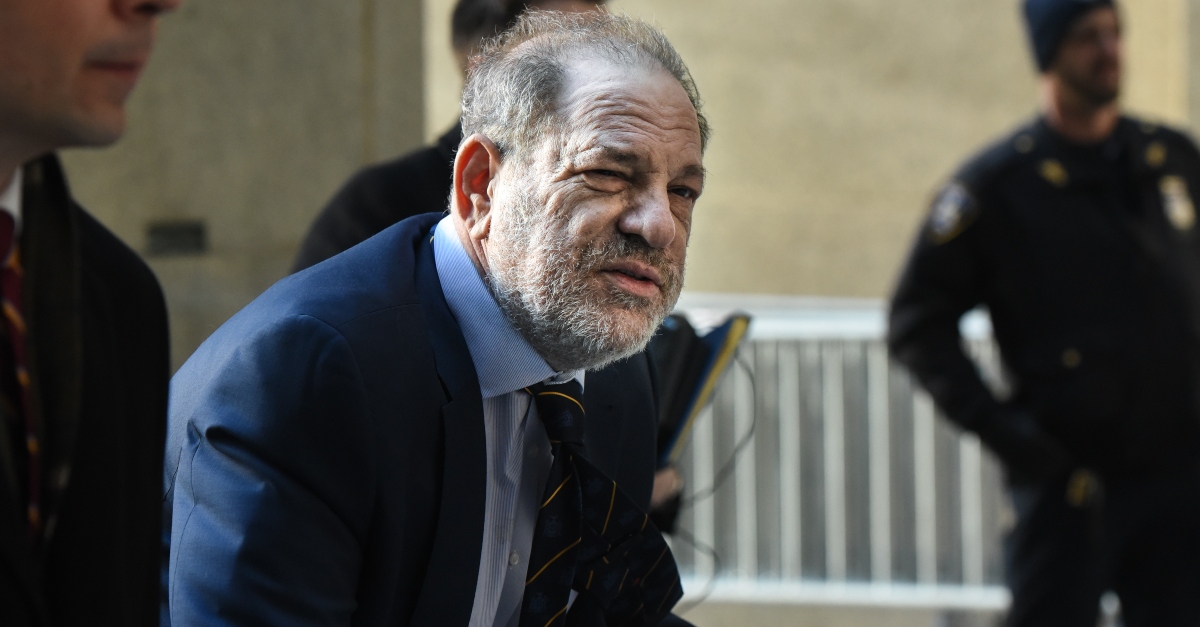 Just hours after Harvey Weinstein was convicted on sexual assault and rape charges in Manhattan, Los Angeles Deputy District Attorney Paul Thompson on Monday confirmed that his office would be moving forward with a second criminal case.

“Los Angeles prosecutors are moving forward with their separate case against Weinstein—which could include a more expansive group of witnesses and lead to greater sentencing exposure,” journalist Ronan Farrow wrote Monday afternoon. “Paul Thompson, the LA Deputy District Attorney, tells me: ‘We are definitely proceeding.’”

New: Los Angeles prosecutors are moving forward with their separate case against Weinstein—which could include a more expansive group of witnesses and lead to greater sentencing exposure. Paul Thompson, the LA Deputy District Attorney, tells me: “We are definitely proceeding.”

Farrow’s investigative efforts played a key role in the latest prosecution of Weinstein.

Weinstein was charged with four felony counts of sexual assault in Los Angeles County last month: forcible rape, forcible oral copulation, sexual penetration by use of force, and sexual battery by use of restraint. This stemmed from two incidents that allegedly occurred in Feb. 2013.

“We believe the evidence will show that the defendant used his power and influence to gain access to his victims and then commit violent crimes against them,” District Attorney Jackie Lacey said at a news conference in January.

A jury of five women and seven men on Monday returned from five days of deliberations and found Weinstein guilty of third-degree rape in the case of Jessica Mann and first-degree criminal sexual act in the case of Mimi Haleyi. Weinstein faces up to 25 years for the criminal sex act conviction and up to four years for the third-degree rape conviction.

The jury acquitted Weinstein on the two most serious counts of predatory sex assault.

Weinstein’s publicist Juda Engelmayer had already signaled that the defense would fight a conviction on the New York charges.

“We think there are several aspects that are opening this judge up to an appeal if necessary,” he told Law&Crime Network host Jesse Weber in an interview.

Weinstein was immediately remanded to custody and will be sentenced on March 11.