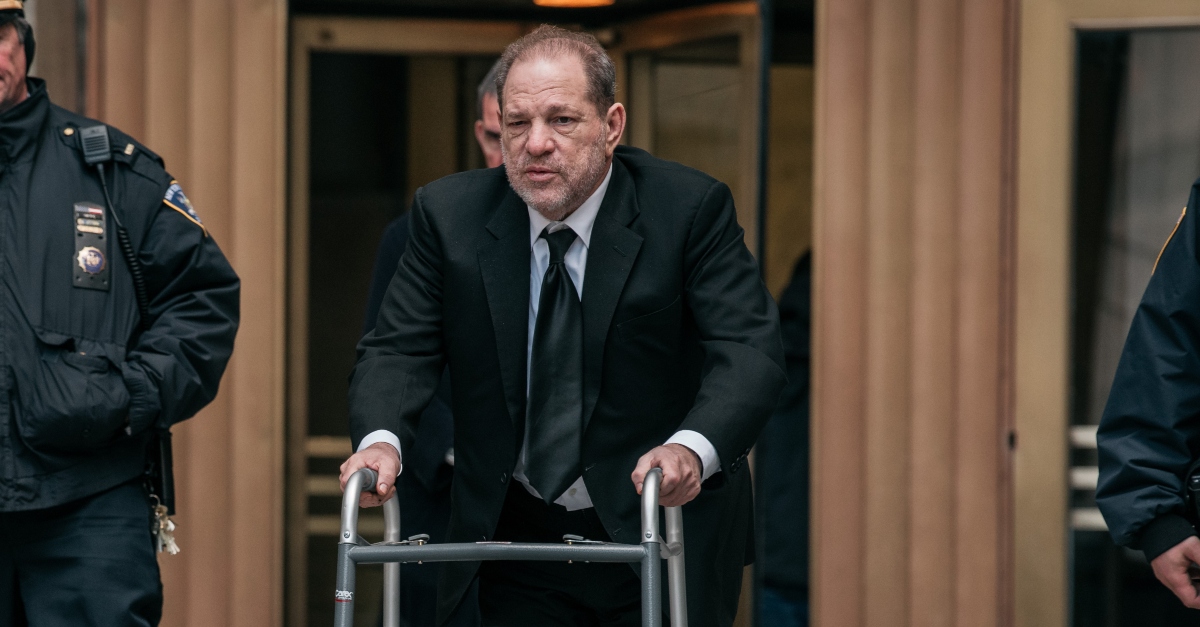 After Harvey Weinstein, 67, was convicted of rape and sexual assault on Monday, the judge ordered Weinstein jailed ahead of his March 11 sentencing. Weinstein was supposed to go to Rikers Island in New York City, but was taken instead to Bellevue Hospital.

Weinstein accusers were clearly not convinced that the heart palpitations and high blood pressure health scare is a legitimate one.

Their reaction to Weinstein’s health problems? Not so mixed.

“I personally felt like he’s a very good actor,” Geiss told the media. It’s not clear if the “actor” comment was a reference to a remark made by Weinstein defense lawyer Donna Rotunno about witness for the prosecution Annabella Sciorra. Sciorra testified that Weinstein raped her in the 1990s. Rotunno said she would probably be an effective witness because she’s an actress for a living.

“This is a man who knows how to manipulate the press and clearly he’s done so with his iconic walker; let’s just say I know women who are literally dying who are also victims and I say let’s give them the help,” Geiss continued. “If he’s got to go to the hospital it should be in jail, that kind of hospital, not one where he has his own suite.”

Sarah Masse said people without money would have just been taken to Rikers Island.

“I think we should all take a moment to realize that if that this wasn’t Harvey Weinstein and was just anyone that didn’t have money and power and couldn’t afford world’s best attorneys, they would be in jail, they wouldn’t get to go to the hospital. If you’re convicted of two felonies in New York, you’re taken to jail, that’s typically what happens, and if you’re not, then you’re getting special treatment,” she said.

Weinstein’s reps say that the health concerns are real. They say he’s now in a wheelchair and is afraid he will not survive prison.

Weinstein maintains that he is “innocent.”