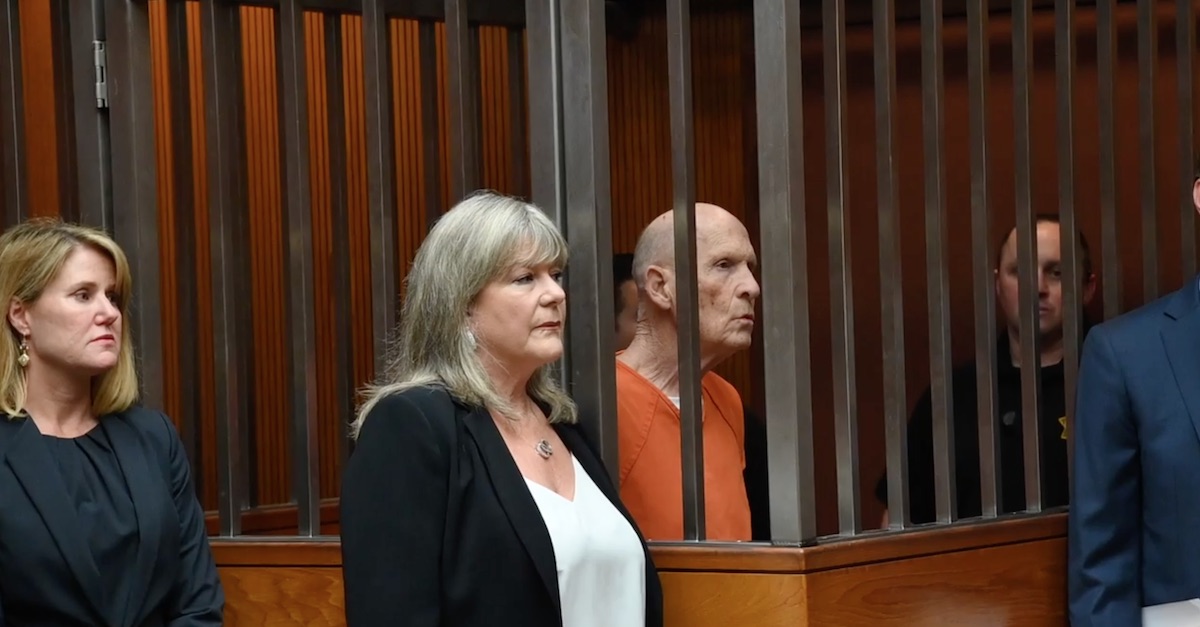 The 74-year-old ex-cop who was arrested in April 2018, decades after he allegedly committed the series of burglaries, rapes and murders that earned him the moniker the “Golden State Killer,” is reportedly set to plead guilty to his crimes.

Joseph James DeAngelo, also believed to be the suspect known as the East Area Rapist, the Original Night Stalker and the Visalia Ransacker, appears to have a reached a preliminary deal with prosecutors that would take the death penalty off the table but require him to admit to a whopping 88 criminal counts, The Sacremento Bee reported on Monday.

California has had a moratorium on capital punishment in place since March 2019. The state hasn’t executed anyone since 2006, even though there are hundreds of inmates on death row.

According to the newspaper, the plea agreement is not entirely a done deal and certain details are still being worked out, but the plan is for the guilty plea to take place at a June 29 hearing. The sources cited by The Sacramento Bee added a cautionary note that DeAngelo’s unpredictable nature could derail the long-sought resolution to this high-profile case.

The suspect was taken into custody on April 25, 2018 after remaining elusive since the ’70s. Police, after all of these years, actually used discarded DNA evidence to tie DeAngelo to two murders. All told, DeAngelo has been accused of committing 13 murders, in excess of 50 rapes, and more than 120 burglaries across multiple counties during the ’70s and ’80s.

Cory Harvey, a former neighbor, was dumbfounded by the revelation that she was living next to a person believed to be the Golden State Killer.

DeAngelo, a so-called serial killer-turned-suburban grandfather, was described as a generally good neighbor with alarming outbursts of anger — referred to as “quirkiness of getting mad.” DeAngelo was said to swear loudly in front of his garage, but was otherwise helpful with neighborly things like paying for a new fence.

Another neighbor who lived down the street, Paul Sanchietti, regarded DeAngelo as “the odd neighbor.” According to him, when DeAngelo “was aggravated or upset, his voice would carry, his swearing was alarming.”

“But he seemed to calm down in the last few years,” Sanchietti would add.

DeAngelo used to be a police officer and was also a Vietnam veteran. He was kicked off the Auburn Police Department force in 1979 after he was caught shoplifting.