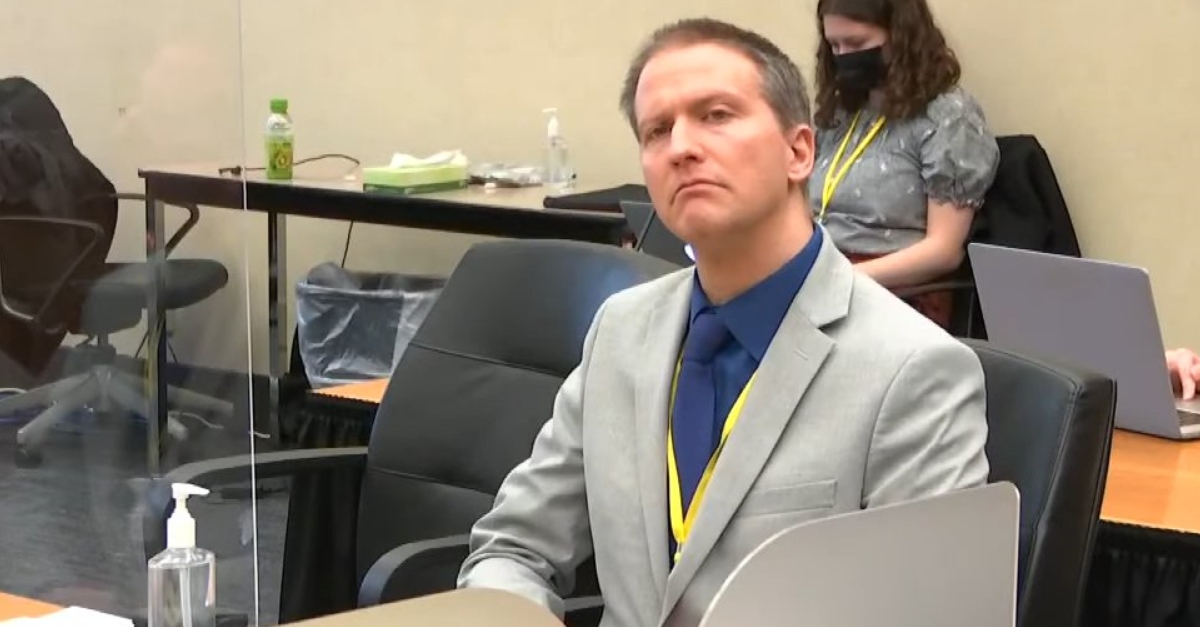 Convicted murder defendant and fired police officer Derek Chauvin, 45, hit a major snag the day before his sentencing for killing George Floyd, 46. Judge Peter Cahill denied his request for a new trial and for a hearing to investigate alleged juror misconduct.

The court determined that the defense failed to show the judge made a mistake depriving Chauvin of his constitutional right to a fair trial, failed to show the state engaged in prosecutorial misconduct resulting in the deprivation of those rights, and failed to establish a prima facie case of juror misconduct or that a juror lied during the selection process.

Chauvin is scheduled to be sentenced Friday at a hearing scheduled for 1:30 p.m. CT / 2:30 p.m ET. The judge agreed there were enough aggravating factors to justify an upward departure for sentencing.

Chauvin was found guilty back in April of second-degree unintentional murder, third-degree murder, and second-degree manslaughter for killing Floyd. The defendant, then an officer with the Minneapolis Police Department, kneeled on Floyd’s neck more than nine minutes during an arrest on May 25, 2020 involving the alleged use of a counterfeit twenty-dollar bill. Outraged bystanders confronted officers, pointing out that Floyd, who was prone and handcuffed with his arms behind back, was in pain and becoming unresponsive.

Prosecutors at trial asserted that Floyd would not have died were it not for Chauvin’s actions. The defense maintained that Floyd’s passing was actually due to a combination of a heart issues and drug use. Jurors did not buy the defense argument amid police testimony that Chauvin’s actions violated department policy and constituted deadly force.

Since then, defense lawyer Eric Nelson has been at work seeking a new trial. His claims included: (1) Publicity before and during the trial tainted the jury pool and prejudiced the jury; (2) the state engaged in misconduct in the discovery process; (3) there was a failure to compel testimony and relevant evidence regarding a man who allegedly sold drugs to Floyd, and (4) the court made a mistake by allowing Chauvin to face a charge of third-degree murder. The defense also singled out a juror who had gone to a Black Lives Matter rally in Washington, D.C., before trial and wore a shirt with the phrase “Get Your Knee Off Our Necks” and bearing the initials “BLM.”

Nelson maintained that this juror, Brandon Mitchell, should have mentioned going to the rally and wearing the shirt before his selection to sit in a seat of judgment for Chauvin. But prosecutors defended Mitchell, saying he open about his knowledge of the case, upfront about wondering “why didn’t the other officers stop Chavuin,” and truthful about personally witnessing an incident in which he said he saw police body slam and mace a person for not obeying an order fast enough.

Mitchell, who is known as Juror 52 in court documents, has spoken publicly about his service on the Chauvin jury and has allowed his name to be used.

“Any fair reading of this record shows that Juror 52 honestly disclosed his views on a range of issues, including his impressions of Black Lives Matter, the criminal justice system, the case, and his desire to serve on this jury,” prosecutors wrote in defense of Mitchell. “Defendant does not contest Juror 52’s fulsome responses, either on the questionnaire or in voir dire. Nor does Defendant ever acknowledge Juror 52’s wide ranging and detailed answers in the material Defendant cites.”

Read the judge’s terse decision below: