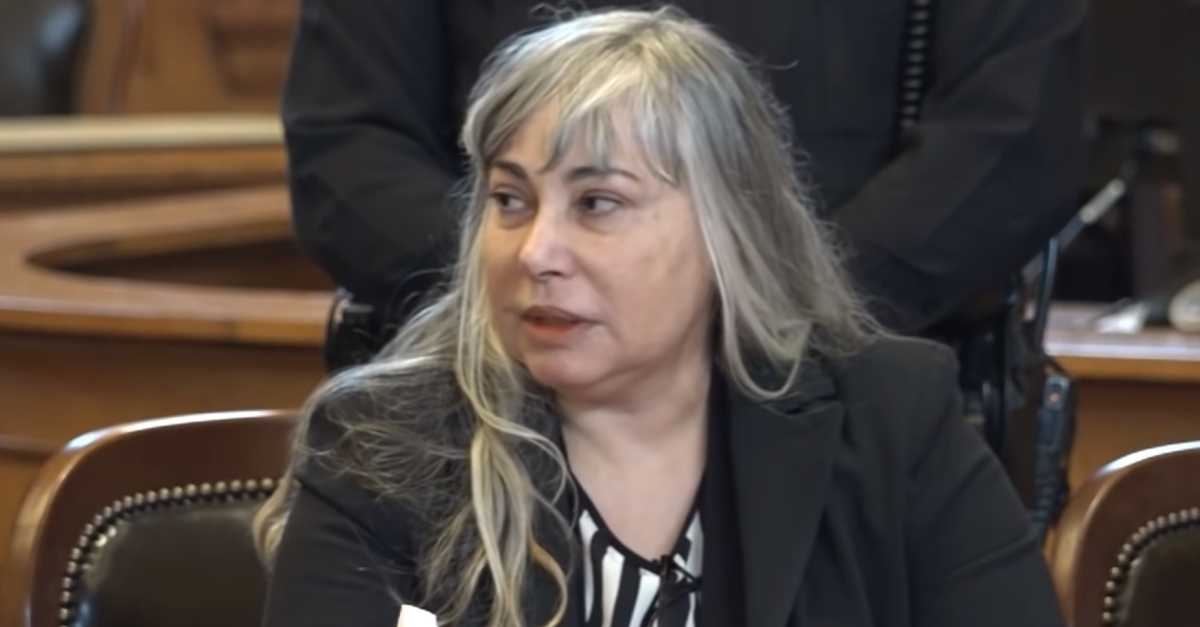 Claudia Hoerig filed a letter of appeal in the 2007 murder of her husband Karl Hoerig, and she’s doing it all by herself. In a handwritten letter dated Tuesday, she threw her trial attorney under the bus, claimed he bowed to pressure from local politicians and the media, and alleged she was kept in the dark about the evidence in the case. She claimed that her lawyer at trial was “basically being forced to provide me with make-believe defense because he is also being threatened,” according to the letter obtained by The Tribune Chronicle.

She doesn’t just take issue with her old defense, however. She pretty much blamed everyone involved in the case.

“I am a victim of gross misconduct by trial counsels, prosecutors, police, detectives, investigators, marshals, sheriffs, jurors, judges and witnesses,” she wrote.

The Ohio Public Defender’s Office and Hoerig’s lead trial attorney did not immediately respond to a Law&Crime request for comment.

In a way, this letter is a return to normalcy for Hoerig. Her handwritten pro se filings marked the pre-trial process. She complained that her legal team and the judge weren’t addressing all the elements of the case, and argued that her extradition back to the United States involved the bribery of Brazilian officials, according to documents obtained by Law&Crime.

“There is no justice here in Ohio for me,” she wrote in a filing dated December 4. “From the prosecutor, all the way to witnesses, judge, media, it is all the same. There is no law being respected.”

A judge ordered her to stop.

Hoerig was convicted and sentenced to life with the possibility of parole after 28 years. She claimed that she initially planned on committing suicide amid marital problems, and only killed her husband in a rage when he dismissively told her to commit suicide.

Assistant Trumbull County Prosecutor Chris Becker convinced jurors, however, that Claudia Hoerig planned to kill her husband Karl ahead of time. Evidence showed that she opened fire five times: it hit the victim twice in the body, missed twice, and then she walked down 10 steps to put her gun 12 to 24 inches from his head before pulling the trigger, he argued.