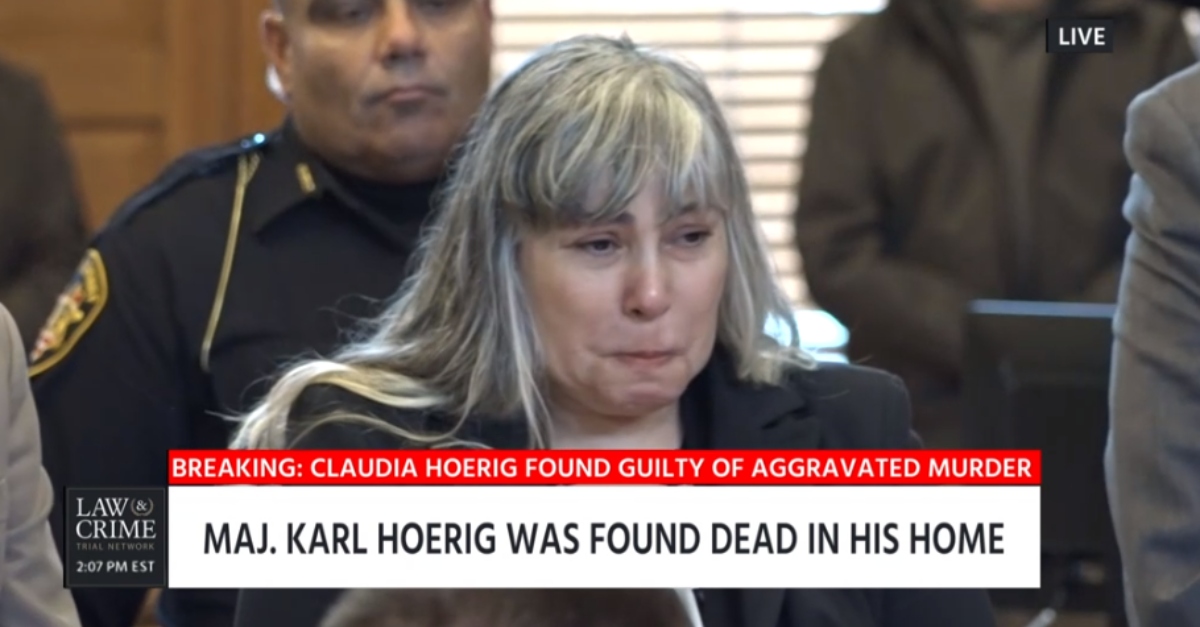 Prosecutors said she planned on shooting him at their home on March 12, 2007 as he was planning to leave her, then escaped to Brazil. The defendant was extradited in January 2018.

The defense argued that she only ended Karl Hoerig’s life in the heat of the moment. She had been threatening to kill herself, but he told her to do it in the basement so that she wouldn’t get blood on his paintings, she said.

“If he hadn’t said that, I would be dead and he would be alive,” she said in a videotaped confession to federal authorities during her extradition.

The jury had to consider aggravated murder, which required a finding of prior calculation. If they couldn’t reach a conviction on that charge, they’d consider a lesser-included charge of murder. That means no prior calculation or design. If they couldn’t reach a guilty verdict on that, then they would have had to review a possible conviction on voluntary manslaughter. Assistant Trumbull County Prosecutor Chris Becker construed this as meaning jurors had to believe that Karl Hoerig’s statement about the paintings was enough to get her to shoot him in the moment.

Her attorney John Cornely told jurors his client only killed Karl Hoerig in a “white-hot rage” over the comment about the painting. She didn’t plan this, he said. Her plan that day was just to A) win Karl back, or B) kill herself. She was obviously suicidal and had a history of attempts dating back to at least February of 2007, he said.

“She’s not in a good place,” said Cornely, pointing out she was just fired from her job, in a bad marriage, and being from New York, now in a city where she didn’t know anyone. Then suddenly, she found out on March 9 she was pregnant.

There’s no prior calculation, he said. She only got her passport and bought the plane ticket to Brazil after killing Karl, Cornely said. Why not already have a flight planned? Why didn’t she just shoot him in the head? Because she didn’t plan on doing it. Indeed, she would have died by suicide after the killing, but her family talked her out of it, and encouraged her to come to Brazil, he claimed.

“She hated Karl Hoerig,” prosecutor Becker said. He argued that the defendant contradicted herself on the stand, in which she made lurid allegations about the victim’s sexual preferences. For example, she said that Karl Hoerig and she both wanted a baby, but Becker pointed out that she referred to the baby as “the thing” inside her. Also, she claimed to have constructed a suicide rig to prevent recoil during her supposed plan to kill herself, but she had no problems shooting Karl, Becker suggested.

Becker said that according to the evidence, the defendant opened fire five times. She hit him twice in the body, missed twice, then she walked down 10 steps to put her gun 12 to 24 inches from his head and pulled the trigger, he said.

“How much more purposeful can you get?” said Becker.