O.J. Simpson’s Lawyer Reacts to Feinstein-Kavanaugh Showdown: ‘She Set Him Up Good!’ 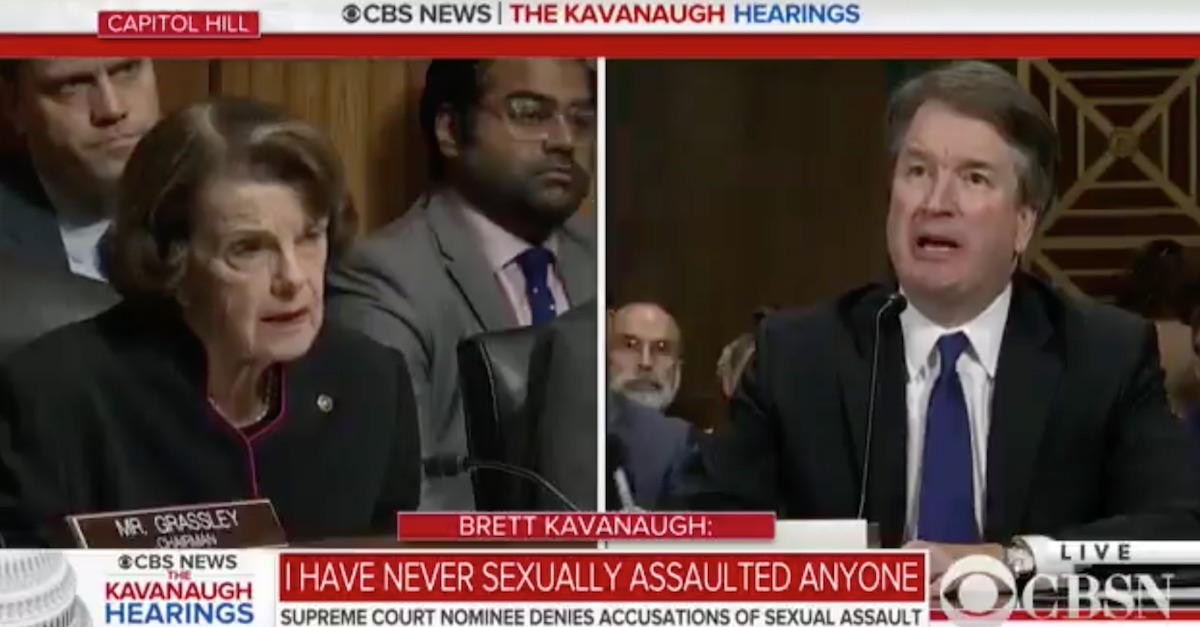 Americans all over the country are watching Thursday’s events unfold on Capitol Hill. The day began at 10 a.m. with Dr. Christine Blasey Ford‘s testimony. This was followed by Brett Kavanaugh‘s defense against her accusation that he sexually assaulted her at a party 36 years ago.

A defiant Kavanaugh read his opening statements and declared his innocence. After that, Senate Judiciary Committee members were allowed to ask him questions, just as the Committee posed questions to Ford.

I think it’s taking every ounce of Kavanaugh‘s body to stop from jumping over the table and wringing Feinstein by the neck. She set him up good! M.

“I think it’s taking every ounce of Kavanaugh‘s body to stop from jumping over the table and wringing Feinstein by the neck. She set him up good!”

The tense exchange he was reacting to was this one below.

Kavanaugh says he would participate in an FBI investigation if the committee pursues one and tells Sen. Dianne Feinstein: "My family has been destroyed by this, senator. Destroyed" https://t.co/9FalHY71EC pic.twitter.com/gsr7gINHw4

“Why aren’t you also asking the FBI to investigate these claims?” Feinstein asked.

“Senator, I’ll do whatever the Committee wants. I wanted a hearing the day after the allegation came up,” he said. “I want to be here that day. Instead, 10 days passed where all this nonsense is coming out that I’m in gangs, I’m on boats in Rhode Island. I’m in Colorado.”

“I wanted a hearing the next day. My family has been destroyed by this, senator. Destroyed,” he said. “Whatever the Committee decides, I’m all in. Immediately. I’m all in immediately.”