Here’s All the Evidence Kavanaugh Cites That He’s Innocent 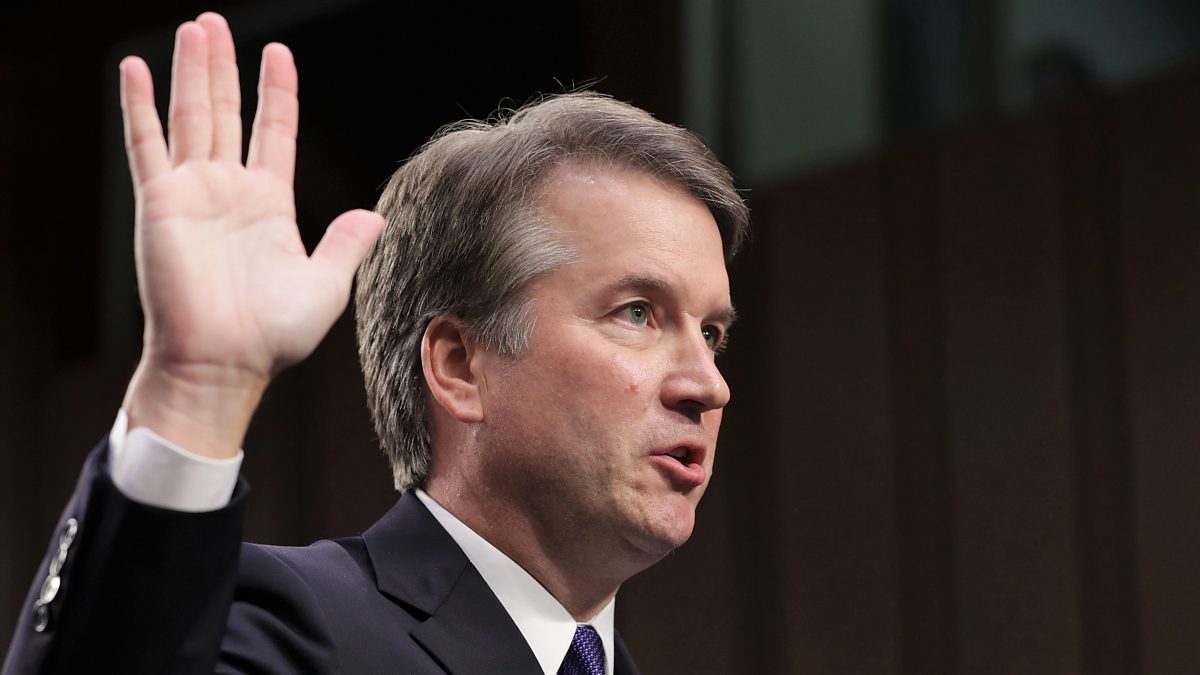 A combative and visibly angry Brett Kavanaugh took the stand in defense of sexual assault allegations leveled against him by Dr. Christine Blasey Ford and others in front of the Senate Judiciary Committee on Thursday afternoon. Here’s all the evidence he cited in his favor:

On Thursday, Kavanaugh himself repeatedly mentioned the calendar he kept in high school as suggestive of his innocence.

“I’ve submitted to this committee detailed calendars recording my activities in the summer of 1982,” Kavanaugh said, before explaining that he took up the calendaring habit because of his father, who did the same. As to how those calendars support Kavanaugh’s defense? He said:

The event described by Dr. Ford presumably happened on a weekend as I believe everyone worked and had jobs in the Summers, and in any event, a drunken early evening event of the kind she describes presumably happened on a weekend. If it was a weekend, my calendars show that I was out of town almost every weekend night before football training camp started in late August. The only weekend night that I was in D.C. Were Friday, June 4 when I was with my dad at a pro golf tournament.

Kavanaugh continued, “If the party described by Dr. Ford happened in the summer of 1982 on a weekend night, my calendar shows all but definitively that I was not there.” Later, however, Kavanaugh admitted, “The calendars are obviously not dispositive on their own, but they’re another piece of evidence in the mix for you to consider.”

Much hay has been made by conservative commentators about the geographic details of the alleged incident involving Dr. Ford, Kavanaugh and his longtime friend Mark Judge. Some such commentary likely went into the realm of defamation as the floor plans of certain Maryland homes were pored over by former Antonin Scalia clerk Ed Whelan in an almost immediately disavowed tweet thread. During his opening statement, Kavanaugh cited geography in his defense as well. He said:

Dr. Ford has said that this event occurred at a house near Columbia country club which is at the corner of Connecticut avenue and Chevy Chase, in her letter to senator Feinstein, she said that there were four other people at the house, but none of those people nor I lived near Columbia Country Club.

Kavanaugh also repeatedly denied the accusations against him. Despite popular conceptions to the contrary, as far as the law is concerned, testimony by individuals does count as a form of evidence. Therefore, both Dr. Ford and Kavanaugh have offered testimonial evidence in their favor. During his lengthy opening statement, Kavanaugh gave various permutations of denials in line with his previous written statements and his Monday night interview on Fox News.

“I categorically and unequivocally deny the allegation against me by Dr. Ford. I never had any sexual or physical encounter of any kind with Dr. Ford. I never attended a gathering like the one Dr. Ford describes in her allegations. I’ve never sexually assaulted Dr. Ford or anyone,” Kavanaugh said, “I’ve never done that to her or to anyone.”