One of the police officers who opened fire on Kentucky woman Breonna Taylor is on trial, but not for killing her. Fired Louisville police Detective Brett Hankison faces jurors for allegedly endangering people in a nearby apartment during the tragic encounter on March 13, 2020. You can watch in the player above.

Police executed an allegedly flimsy search warrant on Taylor’s apartment that night for a drug case. Her boyfriend Kenneth Walker fired on them because they forced their way inside and he did not know they were law enforcement. He struck Sgt. Jon Mattingly in the leg. Mattingly and Detective Myles Cosgrove also opened fire with Hankison, but they did not get in trouble. Kentucky Attorney General Daniel Cameron, who announced that the FBI determined that Cosgrove fired the fatal round, argued that these two were justified because they were firing back to protect themselves, while Hankison shot into a neighboring apartment.

But at least three grand jurors who reviewed the Taylor shooting said prosecutors never presented other charges than the wanton endangerment charges.

“They never gave us the opportunity to deliberate on anything but the charges for Hankison,” Juror 2 told CBS This Morning‘s Gayle King in an interview. “That was it. As a matter of fact, when they announced that those were the only charges, it was an uproar in that room. There were several more charges that could’ve gone forward on all of those officers. Or at least the three shooters.”

They said Cameron lied about their take on the case. Here is how the state AG phrased his decision-making:

While there are six possible homicide charges under Kentucky law, these charges are not applicable to the facts before us because our investigation showed, and the grand jury agreed, that Mattingly and Cosgrove were justified in the return of deadly fire after having been fired upon by Kenneth Walker. Let me state that again: According to Kentucky law, the use of force by Mattingly and Cosgrove was justified to protect themselves. This justification bars us from pursuing criminal charges in Miss Breonna Taylor’s death.

“I really felt that this was all Cameron,” Juror 2 said. “This was up to him. We didn’t get the choice in that at all. So I was livid. By the time I heard what he was saying, everything that came out of his mouth, I was saying ‘liar.’ Because we didn’t agree to anything. We never met Cameron.” 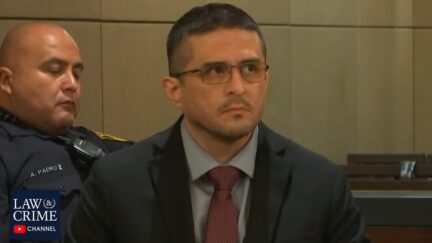