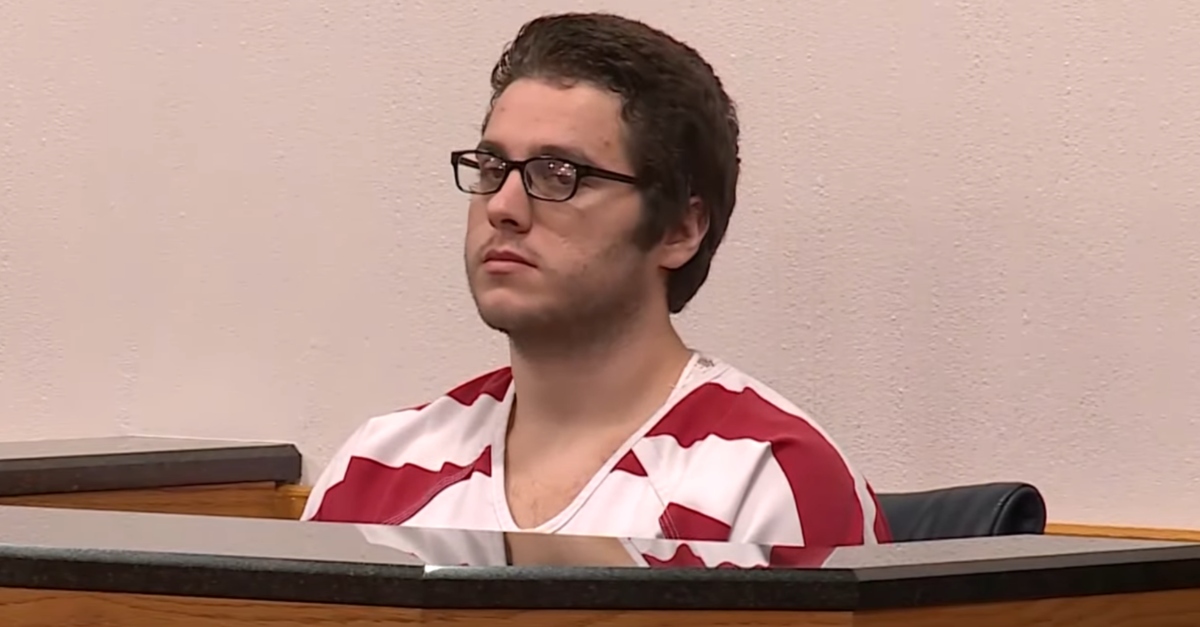 The families of John Stevens III and Michelle Mishcon voiced disgust and anger on Monday, as a judge accepted the insanity plea from defendant Austin Harrouff, 25.

The victims’ families did not buy that Harrouff was insane when he beat and stabbed their loved ones to death on Aug. 15, 2016. Authorities said they even found Harrouff biting Stevens’ face.

Circuit Judge Sherwood Bauer accepted Harrouff’s plea, however, on the day trial was set to begin. He said that prosecutors and the defense agreed that Harrouff had not formulated mental intent in the attack on the couple in their garage; doctors determined he suffered a psychosis during a manic episode of bipolar disorder. He sentenced Harrouff to treatment in the custody of the Department of Children and Family Services because it was determined that the defendant was danger to himself and others. Harrouff can only be released on a court order, he said.

As far as Stevens’ and Mishcon’s families are concerned, that’s not justice.

“Was Austin insane?” Michelle’s brother Mason Mishcon said. “That seems to be the only thing anyone has cared about for the past six years, not the two dead people that he butchered. It does not seem like anyone cares that Michelle and John are dead. Not his parents. Not the defense, the county, the state. Everyone just wants to get this over with, so Austin can get a slap on his wrist and go home and go on with the rest of his life. He will be back home in a matter of months, not years, most likely.”

Generally speaking, loved ones criticized not only Harrouff but sometimes even prosecutors. Jodi Bruce, one of Michelle’s sisters, said she learned from the news — not from prosecutors or the victim advocate — about the death penalty not being an option in this case.

“Thank you,” she said, sardonically. “Where was the advocate then?”

Loved ones argued that Harrouff knew what he was doing when he killed the couple and injured neighbor Jeffrey Fisher. On top of that, they sometimes even took his parents to task. Citing jailhouse phone calls, Michelle’s sister Cindy Mishcon asserted that he did not care about committing the murders.

“The victim that you and your family see in all of this is you and the Harrouff name,” she said.

“You knew exactly what you were doing,” Bruce said. “I didn’t know you could brutally murder two people, attempt to murder another and not even have a trial. That was news to me. I didn’t know that.”

One speaker, who identified herself as Hailey, told Harrouff that his parents enabled him. In a relatively short but visceral statement, she acknowledged that like the defendant, she previously abused drugs and alcohol, But Hailey said that during this “low point,” the only person she wanted to harm was herself. She called Harrouff a disgusting person.

“I hope you never find happiness for the rest of your life,” she said. “And if you ever have the courage to do something, your bravest act would be to kill yourself, and everyone would be better off because of it.”

“I hope you never find happiness. If you ever have the courage to do something, your bravest act will be to kill yourself.” – Family members giving victim impact statements after not guilty by reason of insanity plea was accepted today in FL v. #AustinHarrouff pic.twitter.com/DY25mVpunZ

Mason Mishcon made a similar demand. In backhanded fashion, he expressed willingness to forgive Harrouff if the 25-year-old did to himself what he did to Michelle.

Ivy Stevens, who is John’s daughter and Michelle’s stepdaughter, described in detail the absence and trauma Harrouff created.

“This is what wakes me up in the middle of the night as I lay in bed for hours picturing the way that they died,” she said. “You have not only destroyed the memory of them for me, but you have caused me to live in a constant state of fear. Not only for myself but for my family. You are the reason I check all my doors at night. The reason I think someone is going to murder my children. The reason I think someone is waiting inside my house to stab me to death when I get home every day. You are the reason I think life is disposable and can be taken away in an instant. You are the reason I no longer have a father and a second mother. Why my two beautiful boys will never have grandparents. I feel so terrible for them, that they will never get to experience the love that my father and Michelle could’ve given them, the memories that could’ve been made with them, and the lessons they could’ve learned from them.”

“If we need to be the punching bag, that’s fine,” he told Law&Crime on the phone. He said that what happened to the victims was horrific, probably one of the worst slayings in the circuit. Their loved ones were experiencing a lot of pain and hurt.

The prosecutor said, however, that the frustration voiced in court was misdirected. White maintained that prosecutors did everything possible to prove the case, but the facts were not there.

“What they are really angry about is the law,” he said of Stevens and Mishcon’s loved ones.

He said he was not happy with the result either, but he noted that two experts — one from the state, and the other for the defense — determined Harrouff was insane.

Discussing Bruce’s criticism of the advocate and of being kept in the dark about the lack of a potential death penalty, White said he could not speak to that because he was only on the case recently. He said he has kept them updated on everything.

Judge Bauer in court defended the Harrouff’s team, prosecutors, and the expert witnesses from criticism voiced in court.

“It’s a sad case. It’s an awful case,” he said, adding that no one is losing sight of the death and injuries in the case.

In a statement sent to Law&Crime, Harrouff attorney Nellie L. King maintained Harrouff’s actions that day were completely out of character and stemmed from mental illness. She described him as “extremely remorseful’ for the pain he caused the families, and she said that he was sincerely open to treatment.

“This case was always about mental illness,” she said. “Austin was a 19-year-old college student at FSU with good grades, a gentle demeanor, a penchant for working out, and no prior criminal record. He could be anyone’s son, brother, neighbor, friend. But, the mind is a powerful thing. Austin started to mentally decompensate in the weeks, days, and moments leading up to the incident. He became grandiose and paranoid, his behavior extreme and out of character. Things happened rapidly, with Austin experiencing such severe hallucinations and delusions at the time of the offense that he was incapable of making rational and voluntary choices. The unthinkable violence happened in this case not by choice, intention, or with an identifiable motive, but because Austin has a mental disease.”