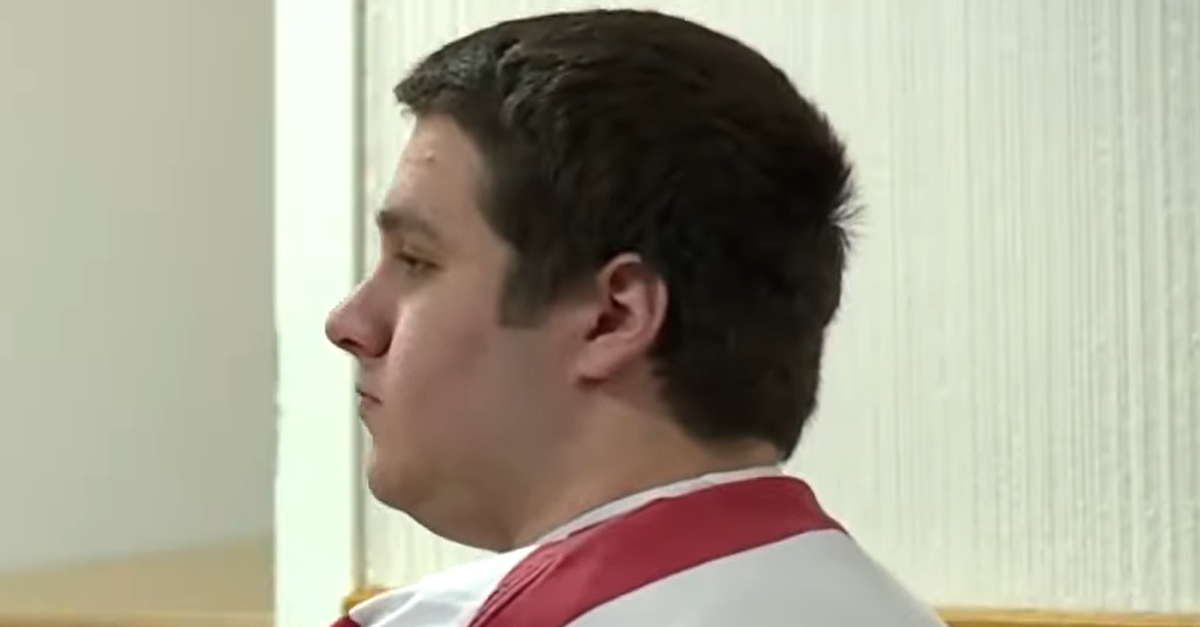 The prosecution of Austin Harrouff took a hit this week, but authorities aren’t letting it ago. The state seeks a new mental health evaluation by another expert after their first determined the defendant seemed legally insane during the murders of couple John Stevens III, 59, and Michelle Mishcon, 53, according to The St. Augustine Record. The trial set for May 18 was canceled, and the current start date is currently unclear.

Harrouff’s attorneys opposed the new evaluation during a hearing Thursday. They mentioned that the state’s first expert witness, Dr. Gregory C. Landrum, had agreed with their psychiatrist Dr. Phillip Resnick, who said that the defendant believed he was “half-human, half-dog” during the murders.

The defendant is gearing for an insanity defense at trial. Here’s what Florida law says about it:

The defense has the burden of proof.

Harrouff was seen spitting out Stevens’ flesh at the scene, deputies said in affidavit obtained by Law&Crime.

“Forensically, given the above findings, absent evidence of drug usage at the time of the incident, and observations made by first responding law-enforcement officers, it is reasonable to conclude that Mr. Harrouff was experiencing a decompensated mental state associated with an emerging mood and/or thought disorder resulting in an acute psychotic episode,” Landrum wrote in a report obtained by Law&Crime. “As a result of this condition, it is opined that Mr. Harrouff was unable to distinguish right from wrong.”