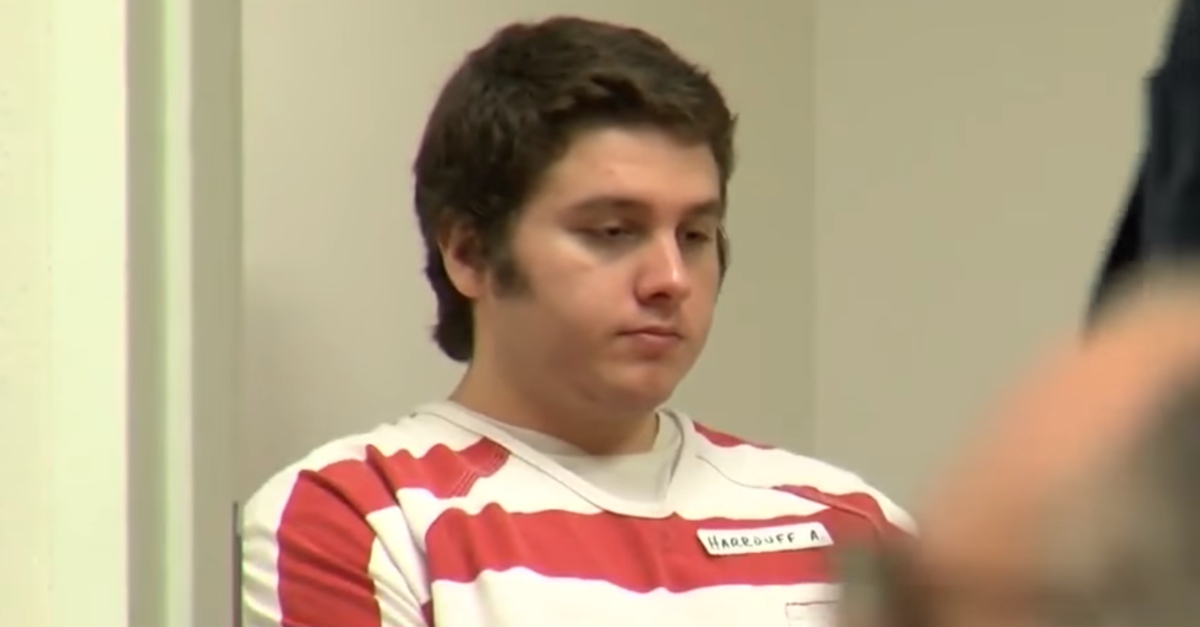 The defense for a Florida man charged in the stabbing deaths of two people wants to make it easier to present an insanity defense. Attorneys for so-called “face-biter” Austin Harrouff, 22, appeared in a Martin County courtroom on Thursday and asked the judge to rule that a 2016 Florida law is unconstitutional.

Defense attorney Robert J. Watson said that the law unconstitutionally shifts the burden of proof from prosecutors to the defense. Watson argued before Judge Sherwood Bauer, Jr. that the law requires the defense to prove Harrouff’s insanity “by clear and convincing evidence, relieving the State from proving the necessary mental state to commit the charged offenses beyond all reasonable doubt.”

Here’s a helpful explanation of what’s going on here:

According to Florida law, all people are presumed to be sane. This means that the law assumes a defendant is sane, until that defendant can prove that he or she is not sane. The defendant bears the burden of proving his or her insanity, which he or she must prove by “clear and convincing evidence.”

Harrouff’s lawyers suggested this law effectively discriminates against the mentally ill because it is a higher burden of proof than self-defense or duress.

Harrouff faces charges of first-degree murder in the stabbing deaths of Florida couple Michelle Mishcon, 53, and John Stevens III, 59. Authorities said that when they found Harouff, he was biting Stevens’s face.

The defendant apologized in a 2017 interview with Dr. Phil McGraw. His attorney Nellie King condemned the interview, saying that it occurred when Harrouff was in a ” vulnerable state, recovering from acute medical and psychological trauma in the sanctity of his hospital room.”

The defendant’s mental state is expected to be a major factor in this case. Harrouff’s legal team plans on presenting an insanity defense; they want to use a doctor’s analysis that their client had clinical lycanthropy.