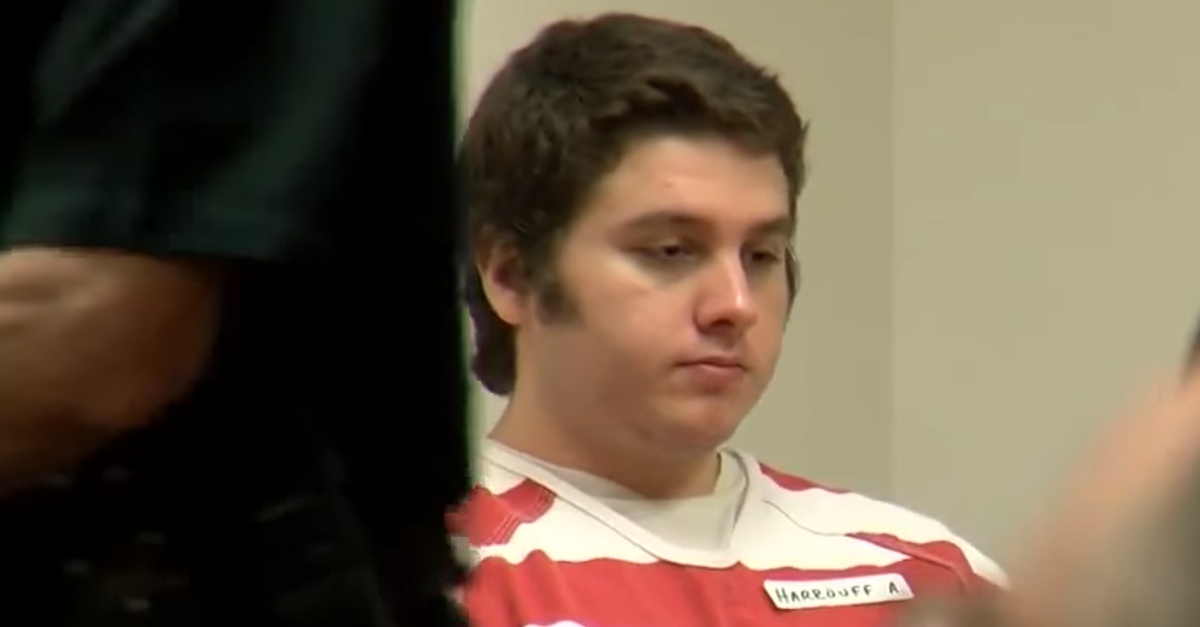 Murder defendant Austin Harrouff believed he was “half-man, half-dog” during the 2016 stabbing deaths of a Florida couple at their home, said a forensic psychologist in a 38-page mental health report.

Harrouff is charged with first-degree murder and other charges in the stabbing deaths of John Stevens III, 59, and his wife Michelle Mishcon, 53. Deputies said they discovered him biting the man’s face.

The defendant suffered from “clinical lycanthropy,” said the doctor. According to him, Harrouff expressed a close connection to canines, and “had the delusion that he could run ‘super fast’ because he was ‘half-man, half dog.’ He believed that other dogs’ hair was attaching to his face.”

His lawyers plan on using Resnick’s analysis in their insanity defense during the trial scheduled for Nov. 4, though co-counsel Nellie King said that they “recognize this finding is of no comfort whatsoever to the families of the victims.”

According to Resnick, Harrouff claimed to remember attacking Mishcon because he believed she was a “witch” and he would get hurt. He allegedly said he thought he stabbed Stevens, but didn’t remember the face biting or the encounter with deputies.

Speculation about possible drug use marked early news coverage of the case after Martin County Sheriff William Snyder suggested that the suspect was high on flakka, but the FBI said they didn’t find bath salts in Harrouff’s body, just some traces of marijuana.

Resnick determined that it’s unlikely that this psychosis was drug-induced, due to the absence of drugs in Harrouff’s system and the lengthiness of his manic episode.

Family members reported that in the days before the murders that the defendant said strange things, like expressing that he felt  invincible or like Jesus, the doctor said. Resnick determined that Harrouff did not fake insanity to dodge charges.