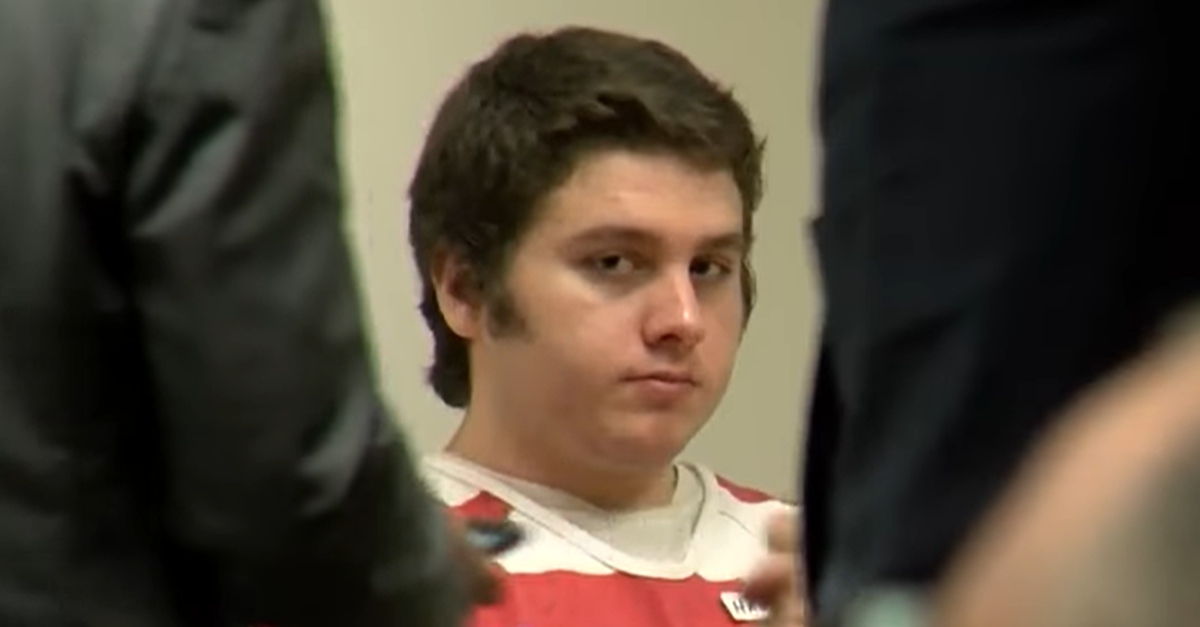 “Forensically, given the above findings, absent evidence of drug usage at the time of the incident, and observations made by first responding law-enforcement officers, it is reasonable to conclude that Mr. Harrouff was experiencing a decompensated mental state associated with an emerging mood and/or thought disorder resulting in an acute psychotic episode,” Dr. Gregory C. Landrum said in a report obtained by Law&Crime. “As a result of this condition, it is opined that Mr. Harrouff was unable to distinguish right from wrong.”

Prosecutors said that the defendant attacked Stevens and Mishcon, a couple, at their home Martin County, Florida. The brutal nature of the slayings captured national attention. Authorities said Harrouff stabbed the victims, and also bit Stevens’s face. Martin County Sheriff William Snyder also suggested that the suspect was high on flakka, but the FBI said they didn’t find bath salts in the defendant’s body, just some traces of marijuana.

Last year, a psychiatrist hired by the defense said that Harrouff suffered from “clinical lycanthropy” during the incident.

Now the state’s expert witness supports this finding by saying that the defendant was appeared insane under the law. Nonetheless, Landrum recommends that if the court finds that Harrouff was legally insane, then they should think about having him involuntarily committed to a state hospital. The defendant has a mental illness and because of that illness, Harrouff “is manifestly dangerous to himself or others,” he said. “It is further recommended that the Court retain jurisdiction over Mr. Harrouff and govern any movement within the DCF with regard to placement, particularly if consideration is being given to a step down facility or program.”

It was also recommended that before any release from a state hospital, the defendant should “complete a formal violence risk assessment by an independent forensic psychologist or psychiatrist to determine his potential for future acts of violence toward himself or others.”

The defense has been arguing that their client was legally insane during the time of the killings.

“This report, by the State’s own expert, Dr. Gregory Landrum, confirms what one of the country’s foremost forensic psychiatrists, Dr. Phillip Resnick, concluded a year ago: that Austin Harrouff was experiencing a severe psychotic illness on Aug. 15, 2016, and was legally insane at the time of the homicides,” attorney Nellie L. King said in a statement to Law&Crime. “The experts, as well as the FBI’s own laboratory, found no evidence illicit drug use played any role in this terrible attack. I understand these findings may provide little comfort to the victims’ families. However, mental illness is very real and can lead to unintentional, yet tragic, outcomes.”

Harrouff faces charges including first- and second-degree murder, and burglary. A status review is scheduled for Thursday afternoon, according to records viewed by Law&Crime. Jury trial is set to begin May 18.

Cindy Mischon, the sister of one of the victims, Michelle Mischon — shared her thoughts on Harrouff pursuing the insanity defense. @wptv pic.twitter.com/N6JVfsbSMr