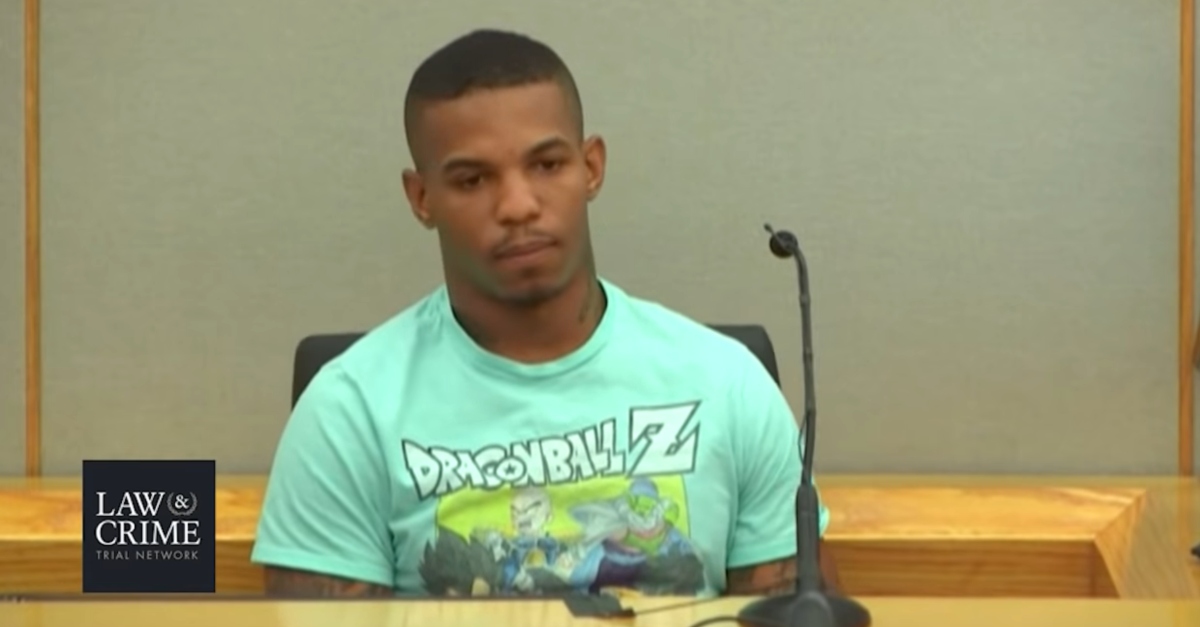 The Dallas Police Department named three suspects in the murder of Joshua Brown, the 28-year-old neighbor of Botham Jean and witness for the prosecution against ex-Dallas cop Amber Guyger who was gunned down just days after Guyger was convicted and sentenced to 10 years in prison.

The timing was suspicious and led many to allege, without evidence, that this was a revenge killing. Complicating matters was the fact that Brown was going to be called as a witness against the City of Dallas in a civil suit. The NAACP also called for an independent federal investigation of Brown’s murder.

But Dallas authorities said that Brown’s murder was connected to a drug (marijuana) deal gone horribly awry. One suspect was wounded and taken to a hospital, where he is now in police custody. Two other suspects are fugitives.

#Breaking Dallas Police about to announce arrest in Joshua Brown murder. Sources say man wounded and treated at Parkland is a suspect along with 2 other fugitive suspects who fled the state. Sources say it was over a mariujana drug deal pic.twitter.com/QEzexomD6r

Jacquerious exits his vehicle and Mr. Brown shoots him in the chest. He falls into vehicle and hears two gunshots. He says Thaddeous shot Mr. Brown twice in the lower body. @ChiefHallDPD pic.twitter.com/hEcjA570BJ

Thaddeous took Mr. Brown’s backpack and gun used to shoot Jacquerious and they speed off. Michael Mitchell is the driver. @ChiefHallDPD

We received numerous tips that led us to execute a search warrant for Mr. Brown’s apartment. We confiscated 12 lbs. of marijuana, 149 grams of THC cartridges and $4,157 in cash. @ChiefHallDPD

Jacquerious is driven to the hospital and where he is now in police custody. Warrants will be executed for him and the other two suspects for Capital murder. @ChiefHallDPD

Through the dedicated work of the DPD homicide detectives, we have identified 3 suspects in the murder of Joshua Brown. Jacquerious Mitchell B/M age 20, Michael Mitchell B/M age 32 and Thaddeous Green B/M age 22 pic.twitter.com/v0vikYEpD4

DPD Assistant Chief Avery Moore said Brown’s murder was entirely unrelated to the Guyger trial and that community leaders who suggested police involvement in the killing acted irresponsibly, spread a falsehood and undermined the integrity of the City of Dallas and the Dallas Police Department.

The rumors shared by community leaders that Mr. Brown’s death was related to the Amber Guyger trial and that DPD was responsible are false. We encourage those leaders to be mindful because their words may jeapordize the integrity of the city of Dallas and DPD. @ChiefHallDPD

They also provided information about a tip line.

We need your assistance in capturing these fugitives. If anyone knows their whereabouts, please call 214-373-TIPS or 214-671-3690. The suspects are considered armed and dangerous. @ChiefHallDPD