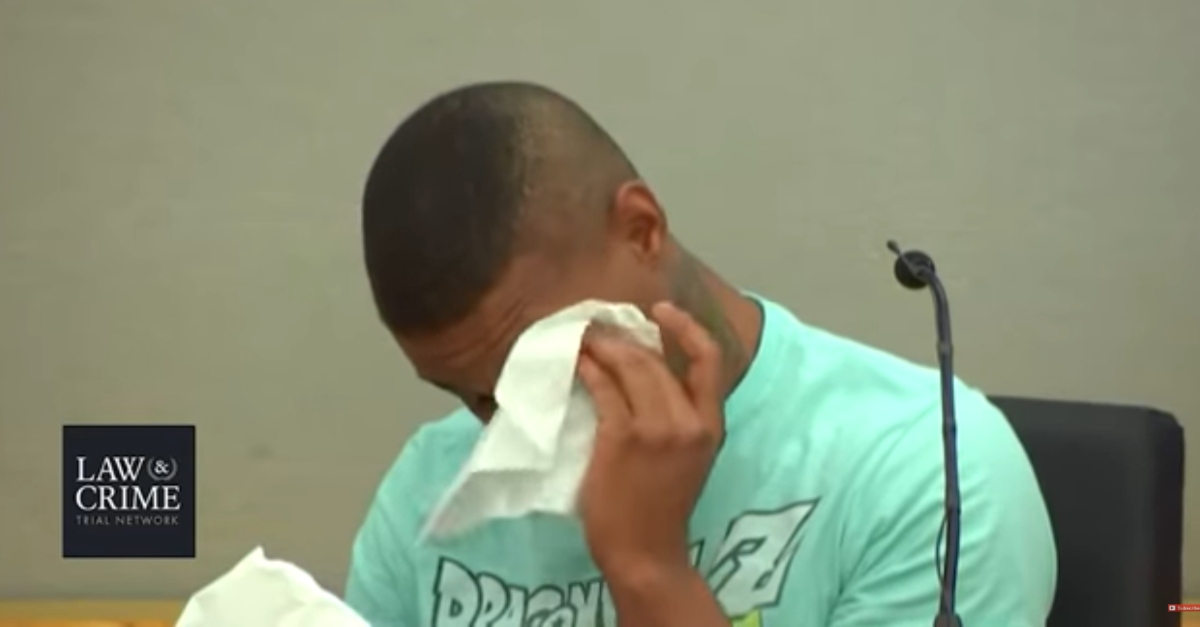 The NAACP Legal Defense and Educational Fund is calling for an independent investigation into the murder of Joshua Brown, who was shot and killed late Friday night in Dallas. The next door neighbor of Botham Jean, Brown died just days after testifying for the prosecution in the murder trial of former Dallas cop Amber Guyger.

“The murder of Botham Jean has raised troubling concerns from the beginning of the investigation, and now, the deeply alarming and highly suspicious murder of Joshua Brown increases the urgency of an immediate, independent investigation of every aspect of these two tragic killings,” a Sunday evening press release from the NAACP notes.

Brown’s shooting death immediately prompted widespread outrage that his safety wasn’t tended to, plus unsubstantiated speculation that he was murdered in reprisal for his testimony against Guyger by rogue elements–or otherwise–within the Dallas Police Department (DPD).

Lee Merritt, the attorney for Botham Jean’s family in a civil excessive force suit against the City of Dallas, stoked the notion that Brown was taken out for revenge over his testimony by revealing details of where the 28-year-old victim was allegedly shot.

“Joshua Brown was shot in his mouth & chest,” Merritt tweeted on Saturday evening. “He was exiting his car at his apt when he was ambushed & shot at close range. His mother asked my office to help find out who murdered her son. She suspects foul play. He had no known enemies. He worked for a living. We need answers.”

Law&Crime previously reported that Brown was expected to be called as a witness in that civil trial.

Merritt’s characterization of where the bullets entered Brown’s body, however, has been disputed by Dallas-area authorities.

“Dallas County, the City of Dallas and others will work to ensure a transparent and thorough investigation of the murder of Joshua Brown,” Dallas County Judge Clay Jenkins tweeted. “Mr. Brown was not shot in the mouth or head but was shot more than one time. Many career professionals are hard at work on this case.”

The DPD also told local CBS affiliate KTVT that Brown was shot multiple times in his lower body–but not his mouth.

The competence of local authorities, however, isn’t being taken for granted after Brown’s highly suspicious post-testimony death.

“The circumstances surrounding the murder of Mr. Brown cries out for answers. Most importantly, it demands an independent investigation of how and why he was killed,” Sherrilyn Ifill, the NAACP Legal Defense and Educational Fund’s President and Director-Counsel said in the press release. “We urge state or federal authorities to follow the trail of misconduct left by this case and fully investigate the circumstances surrounding Mr. Brown’s death.”

It is critical to public confidence in the administration of justice that witnesses who speak out against police violence are fully protected. The suspicious circumstances of Mr. Brown’s killing should cause great alarm and demand an immediate and piercing inquiry. We echo Allison Jean’s statement that the ‘corruption we saw during this process must stop,’ and support her request for a comprehensive federal investigation of the Dallas Police Department.

The NAACP’s demand for an independent investigation is shared by many commentators and civil rights advocates.

The DPD previously declined to comment when asked about the possibility that Brown’s death was related to his testimony in a series of emails over the weekend. Law&Crime reached out to the DPD for comment on this story as well, but no response was forthcoming at the time of publication.

Similar inquiries were made to Dallas Mayor Eric Johnson.

In response to those questions, Johnson’s staff directed Law&Crime to a series of tweets sent by the mayor on Sunday afternoon.

“I trust the Dallas Police Department will conduct a thorough investigation into the death of Joshua Brown. Until we know more about this incident, I encourage everyone to refrain from speculation,” Johnson wrote. “If you have information about this case, please share it with our police investigators so they can ensure that justice is done. Dallas will never be a city that tolerates acts of violence such as this.”