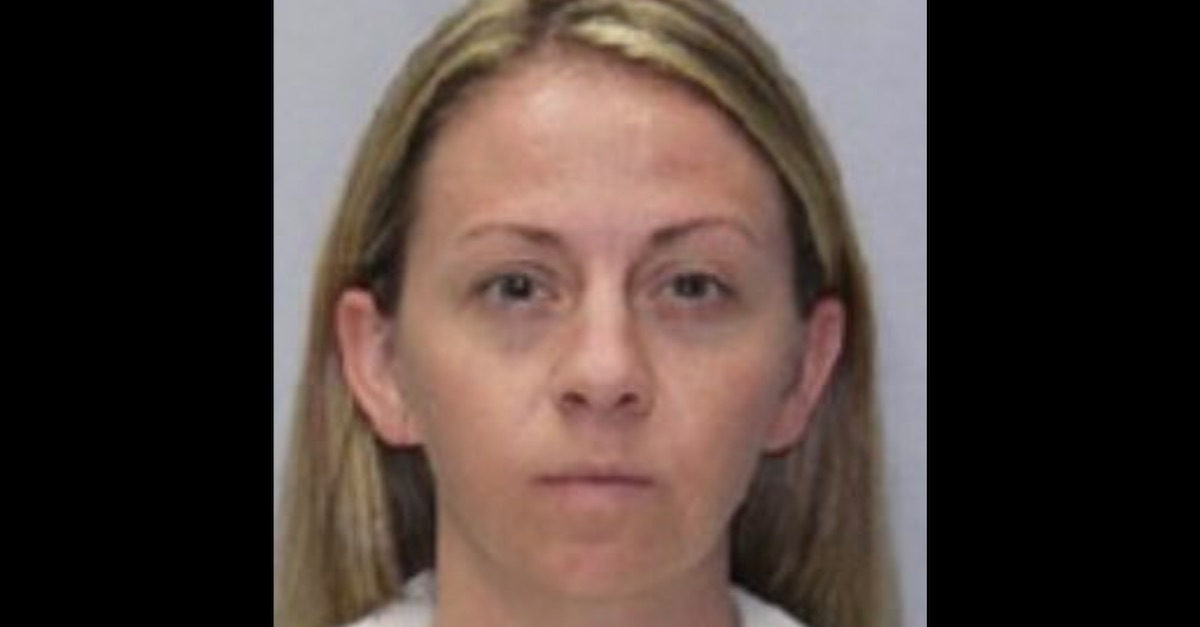 Former Dallas police officer Amber Guyger is a murderer in the eyes of the law, but her defense is still trying to overturn her conviction. Guyger’s attorneys filed a new motion on Tuesday with the Texas Fifth Circuit Court of Appeals. They argue that Guyger only shot victim Botham Shem Jean under the mistaken belief that she was in danger when she accidentally entered his apartment and thought the residence was hers. In other words, this was not a murder under the law because she thought he was an intruder, they assert.

“Although Guyger was not in actual danger, there was apparent danger from her standpoint, and Guyger was entitled to use deadly force to protect against this apparent danger,” stated the filing signed by attorney Michael Mowla (h/t NBCDFW), saying, “Guyger acted on the reasonable apprehension of danger as it appeared to her.”

They presented two issues for the appeal.

First, they asserted there was insufficient evidence to prove murder because Guyger made a mistake under a “reasonable belief about a matter of fact.” This error—that she thought she was in her apartment and Jean was an intruder—”negated” her culpability for murder, they said.

Second, “In the alternative, Guyger requests that this Court acquit her of Murder, convict her of Criminally Negligent Homicide, and remand for a new hearing on punishment.”

They point out that the prosecution’s argument at trial was that Guyger did not act reasonably.

“Even if correct—and Guyger argues this only in the alternative—at most Guyger was criminally negligent and thus guilty of Criminally Negligent Homicide,” they said. The appeal disregarded manslaughter an an option, saying Guyger did not “consciously create the risk.”

In Texas, criminally negligent homicide is a state jail felony, punishable by a sentence of at least 180 days and at most two years behind bars.

All told, the defense argument gels with Guyger’s position at trial: Though she accidentally entered Jean’s apartment, it was a reasonable error under the law. (She lived on the third floor of the South Side Flats apartment complex; he resided on the fourth.)

Guyger, who faced up to 99 years on the murder conviction, received a 10-year sentence last October 2. She will be eligible for parole after serving five years. (Five years in prison was the minimum sentence.) The victim’s brother, Brandt Jean, memorably expressed forgiveness during the 2019 sentencing hearing and asked the judge for permission to hug Guyger. It was granted.

To be sure, the defendant displayed an intense level of regret when she took the stand in her trial.

“I hate that I have to live with this every single day of my life,” she said, in often tearful testimony. “And I ask God for forgiveness, and I hate myself every single day. I feel like I don’t deserve the chance to be with my family and friends.”

But guilt as an emotion is different from guilt under the law. Her team is fighting the latter.

Prosecutors at trial argued that Guyger change her story about Jean’s position during the shooting, and that she didn’t do enough in attempting to save or console the dying man.

“Other than with just one hand periodically–with interruptions–doing some compressions, did you really do anything else to try and help Mr. Jean?” prosecutor Jason Hermus said in cross-examination. She said she did a sternum rub in an attempt to keep Jean breathing.