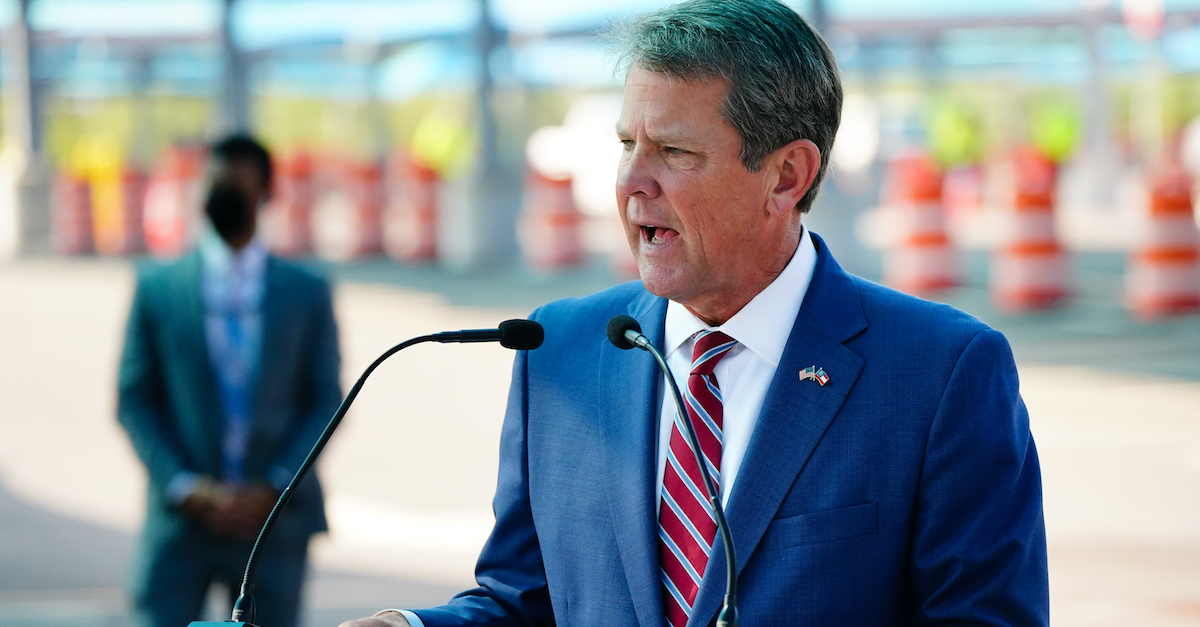 Lawmakers in the Georgia House and Senate passed HB 479 and thus overwhelmingly approved the measure which prohibits Georgia citizens from forcefully detaining a person if a crime is committed in their presence or “within their immediate knowledge.” The new law, signed 14 months after Arbery’s death, does have exceptions for self-defense and allows the operators of public businesses to hold suspected thieves until authorities arrive.

Prosecutors sparked controversy when they initially said the men involved with Arbery’s death should not be charged — citing to the outdated citizen’s arrest statute.

According to a report from the Atlanta Journal-Constitution, “the law was first enacted 1863 to allow white Georgians to capture slaves who were fleeing to fight in the Union Army.” It was later used “through the early 1900s to justify the lynching of Black people without repercussions.”

“Today we are replacing a Civil War-era law ripe for abuse with language that balances the sacred right to self-defense of a person’s property with our shared responsibility to root out injustice and set our state on a better path forward,” Kemp said when signing the bill. “Today, in honor of Ahmaud’s memory, we commit to taking this step forward together.”

Kemp was accompanied at the signing ceremony by Arbery’s mother, Wanda Cooper-Jones.

“Unfortunately, Ahmaud had to lose his life, but the change that has been implemented since we lost him shows my family that he didn’t lose his life in vain,” Cooper-Jones said in a statement. “I didn’t really think we’d get this type of change within this short time period. I’m shocked, but thankful.”

Arbery, 25, was jogging in a Georgia suburb when Gregory McMichael and his son Travis McMichael chased him down, cut him off, and fatally shot him. No arrests were made in the case until a video of the shooting, filed by accused accomplice William “Roddie” Bryan, Jr., was leaked online and went viral.

The 36-second video showed the McMichaels in a pickup truck stopped in the street where they were waiting for Arbery as he jogged down the road in broad daylight. Arbery then attempted to run around the truck. A brief struggle ensued before Travis McMichael fired his shotgun. Gregory McMichael is shown standing on the bed of the truck holding a handgun before coming down and standing next to his son. The fatally wounded Arbery’s knees buckled, and he fell down in the street.

Following the shooting, the elder McMichael, a retired police officer, told authorities he believed Arbery resembled a suspect in a series of local break-ins and that he had attacked his son when they confronted him.

All three men have since been charged by the state for allegedly murdering Arbery and last month the Justice Department indicted the men on hate crimes, attempt kidnapping and other federal offenses.

The Atlanta newspaper noted that Georgia the first state in the nation to completely eliminate the legal concept of citizen’s arrest.  The original and much-maligned Georgia law used to read as follows:

That language has now changed.

Other states, such as New York, have citizen’s arrest laws on the books, New York’s laws contain tighter language than the law used to contain in Georgia.  For instance, New York’s law requires an offense to actually have been committed:

A private person acting on his or her own account may use physical force, other than deadly physical force, upon another person when and to the extent that he or she reasonably believes such to be necessary to effect an arrest or to prevent the escape from custody of a person whom he or she reasonably believes to have committed an offense and who in fact has committed such offense.

California’s statute reads as follows. It also contains tighter language than that formerly contained in the old Georgia law.

A private person may arrest another:

1. For a public offense committed or attempted in his presence.

2. When the person arrested has committed a felony, although not in his presence.

3. When a felony has been in fact committed, and he has reasonable cause for believing the person arrested to have committed it.

Read the new law below: