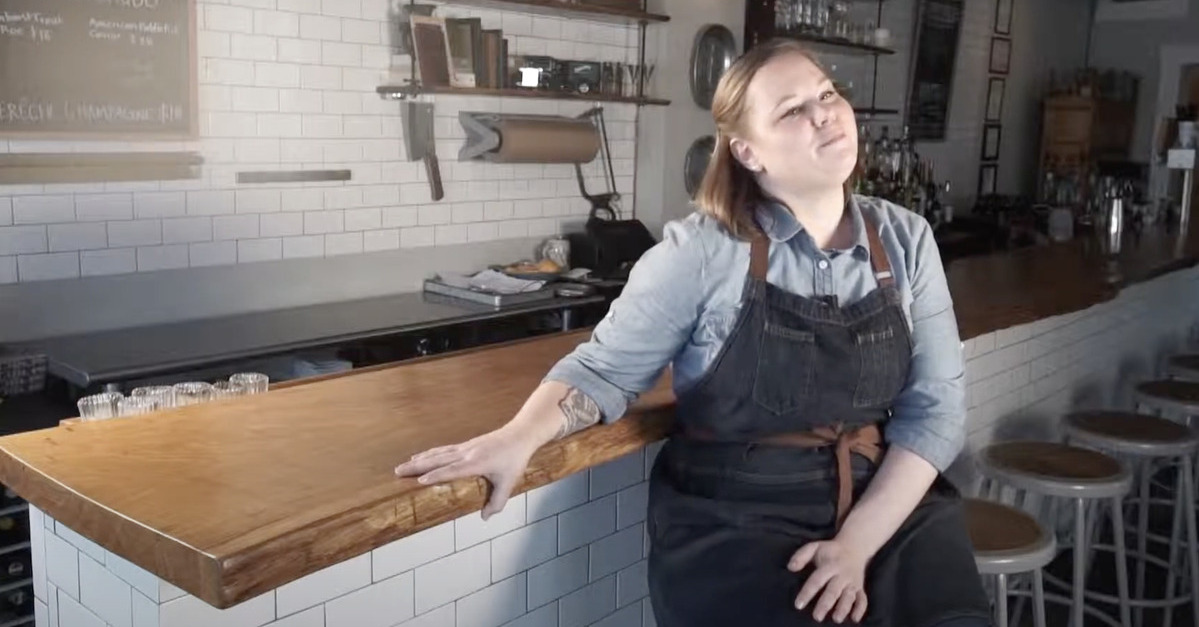 Just two days after the Supreme Court considered the case of a Christian web designer for the right to refuse certain services to same-sex couples, the conservative internet is in a flurry of outrage over a restaurant refusing service to a Christian group that supports anti-LGBTQ causes.

Metzger Bar and Butchery in Richmond, Virginia, is co-owned by Top Chef star Brittanny Anderson. When members of the Family Foundation — a Christian non-profit organization that vocally opposes same-sex marriage — planned a small reception for donors, they found themselves turned away just hours before their event was scheduled to begin. The 503(c)3 group is based in that Virginia city and reported more than $1.8 million in revenue in 2020.

A post shared by Metzger Bar And Butchery (@metzgerrva)

In an Instagram post, Metzger explained that it discovered that the Family Foundation was “a group of donors to a political organization that seeks to deprive women and LGBTQ+ persons of their basic human rights in Virginia.” The restaurant said that it “has always prided itself on being an inclusive environment for people to dine in,” and that while it does not routinely refuse service to patrons, it did so in this instance as a means of protecting the comfort and safety of its staff members. Metzger added, “Many of our staff are women and/or members of the LGBTQ+ community. All of our staff are people with rights who deserve dignity and a safe work environment.”

Predictably, the internet reacted to Metzger’s choice with outrage over what was cast as an analogous situation.

So it is OK for a Restaurant to refuse to serve a group based on their religious beliefs but it is not ok to refuse to make a cake or website?

Kind of like not making wedding cakes or websites for gay couples. It’s a slippery slope.

The analogy, however, is a false one. Sexual orientation and gender identity are recognized as protected characteristics, while political beliefs are not.

What some are calling a double standard is precisely what Justice Samuel Alito attempted to ask about in his widely lampooned “Black Santa” hypothetical during oral arguments on Monday. As the justices considered in whether a Christian web-designer could legally refuse to create websites for same-sex weddings, Alito asked Colorado Solicitor General Eric Olson whether a state that prohibits discrimination based on political ideology could legally force a Black mall-Santa to take a photograph with a child wearing Ku Klux Klan garb.

The choice of imagery was a bit of a head-scratcher, but the underlying concept was something about which Alito has spoken many times: namely, the limits of state anti-discrimination laws.

Most, though not all, anti-discrimination statutes prohibit businesses that are “public accommodations” — meaning, those business that serve the general public, as opposed to those that hand-pick all clientele — from refusing service to patrons on the basis of a protected characteristic such as race, religion, ethnicity, gender, sexual orientation, gender identity, or disability. In states that have such laws, discrimination on the basis of some other characteristic, such as a requirement that all customers wear shoes or one that refuses to college students on spring break, is perfectly legal.

Twenty states have enshrined into law a prohibition against discriminating against a person based on their political beliefs; in those states, a public accommodation would violate the law if it refused to serve a person for being a Trump voter, for example. Importantly, states that have chosen to include political ideology as a protected characteristic do so outside the parameters of what the U.S. Constitution deems worthy of such safeguarding — at least at the current time.

In response to Alito’s inquiry, Olson said, “those political ideology distinctions face much more difficult constitutional scrutiny and I think are separate in kind from the kind of characteristics that we’re talking about here, which are categories of invidious discrimination.”

Whether or not Alito may help to change Constitutional protections afforded to people based on their political ideologies, under current law, sexual orientation and identity are protected at a heightened level. In fact, conservative justice and Trump-appointee Neil Gorsuch penned the landmark 2020 decision that said the two characteristics were protected under the Civil Rights Act.

The Family Foundation issued a press release said that it is “alarming and disgraceful that this restaurant has a political litmus test to get in the front door.” Victoria Cobb, President of the Family Foundation, called the move one of “extreme bigotry and intolerance,” and warned: “Everyone should be concerned that Virginians are being denied access in the marketplace, solely based on their beliefs.”

The foundation’s statement ended by noting, “Metzger Bar and Grill is located in Church Hill, about a half a mile from Historic St. John’s Church, where Patrick Henry declared, ‘Give me liberty, or give me death.'”

A representative from Metzger Bar and Butchery declined to comment beyond the establishment’s social media post, remarking in an email that, “Out of respect for the privacy of all of our guests, we do not publicly discuss the details of any reservations booked with us at Metzger.”

SCOTUS has yet to rule in 303 Creative, LLC v. Elenis, but should the Court side with the web designer, the ruling may bring us one step closer to broad legal protection for political beliefs including the kind that the Family Foundation espouses.