Justice Alito Says Religion Is ‘Under Attack’ and Jokes About Reaction to Overturning Roe v. Wade in Speech from Rome 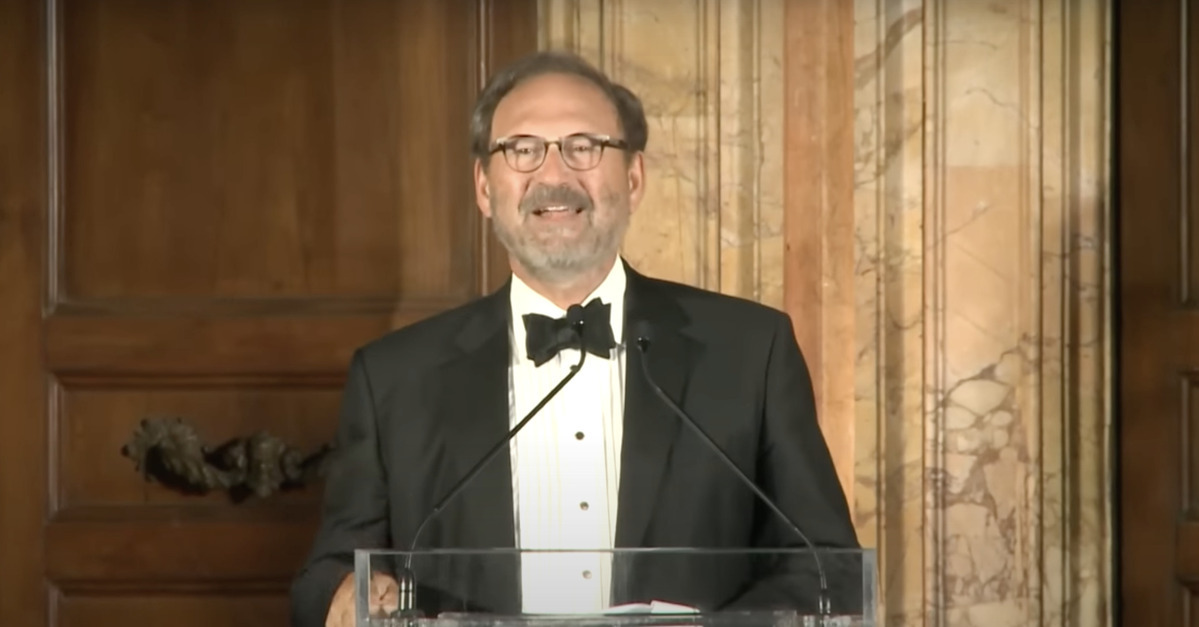 A noticeably bearded Justice Samuel Alito delivered the keynote speech at Notre Dame Law School’s Religious Liberty Summit in Rome Thursday night. During his remarks, Alito revisited one of his common refrains: as our world becomes increasingly secular, religious liberty is “under attack,” because people simply do not value religion enough to give it special protection.

Alito focused his speech on what he called the “international problem” of religious liberty: the struggle to persuade an increasingly secular population that religion is valuable and worthy of special protection. The justice lamented the fragility of  religious freedom and reminded his audience that “we can’t assume that the religious liberty we enjoy today will always endure.”

To underscore his point, Alito first listed examples from history in which “Christians were torn apart in the Colosseum,” and “Nero is said to have used Christians as human torches.” Next, he made the sobering point that violent as these historic examples may be, “More Christians are killed for their faith in our time than in the bloody days of the Roman Empire.” Alto quickly followed up his talk of Christian persecution with examples involving victims of other faiths, such as the Holocaust and terrorist attacks on Jewish synagogues, Isis’ slaughter of Yazidi in Iraq, attacks on Coptic churches in Egypt, Hindu-Muslim conflict in India, and China’s “unspeakable treatment” of the Uyghurs.

The justice remarked that religious liberty is “under attack” because it threatens those who seek complete power. Alito also said that religious persecution “grows out of something dark and deep in the human DNA: the tendency to distrust and dislike people who are not like ourselves.”

Against this backdrop of violence, Alito framed the “different challenge” religious liberty faces in the United States and Europe. In these places, he said, the real problem is that an increasingly large percentage of the population rejects religion altogether and are therefore unmotivated to give it special protection.

As an example of the kind of “ignorance of religion” that Alito warned forms the basis of hostility toward religion, he recounted the story of having seen a 10-year old boy in Berlin. Upon seeing a “rustic wooden cross,” the boy asked his “affluent woman” companion, “Who is that man?” Alito said he offered the example “as a harbinger of what may lie ahead for our culture.”

Alito’s attitude turned jocular as he gave a hypothetical example for the kind of result that could be brought about by anti-religious sentiment. He told the imagined tale of a courtroom in which three attorneys entered wearing head coverings. One, a zealous fan of the Green Bay Packers wearing a team cap, another, an Orthodox Jewish man wearing a kippah, and a third, a Muslim woman wearing a religious head-covering. Alito asked rhetorically whether the Packers fan could be forced to remove his cap while the other two would be permitted religious accommodation for their coverings.

“For me, the Constitution of United States provides a clear answer,” Alito answered, then commented as laughter erupted. “Some of my colleagues are not so sure.”

About halfway into his remarks, Alito landed on a fundamental legal debate applicable to most disputes involving religious liberty: just which activities are protected under the umbrella of “religious freedom.”  Alito warned that the concept could be “shrunk all the way down to ‘freedom of worship,'” which would only protect private religious practices in a home or synagogue. “But when you step into the public square, you had better behave yourself like a good secular citizen,” he cautioned.

Alito’s paring down the issue into an a dichotomy of private versus public is a bit of an oversimplification, though. What Alito left out was any reference to the complex question of whether some religious conduct protected under the Free Exercise Clause might be a violation of the Establishment Clause, which had been the issue in Shurtleff v. Boston. The dispute was not about whether an individual had the right to fly a religious flag, but whether Boston’s City Hall was entitled to maintain a policy disallowing all religious flags.

Moreover, Alito made no reference to the kind of dispute central to Employment Division v. Smith — the 1990 case Alito urged the Court to overrule in his concurrence in Fulton v. Philadelphia. Smith and other cases that follow continued to ask the question whether a right to religious liberty encompasses a right to be exempted from other generally-applicable laws.

The late Justice Antonin Scalia, known to be a deeply religious individual, penned the majority devision in Smith in which SCOTUS held that individuals are not exempt from following state drug laws even if they are using the drugs during a religious ceremony. So long as the law was neutral and generally applicable, said Scalia, the Constitution does not demand an exception for those violating it for religious reasons. Rather, the closest Alito came during the speech to acknowledging any limits to “religious freedom” was a hypothetical religious group that wished to conduct child sacrifice.

The climax of Alito’s remarks came when he joked that he “had the honor” of writing “the only Supreme Court decision in the history of that institution that has been lambasted by a whole string of foreign leaders who felt perfectly fine commenting on American law.” The justice’s oblique reference to SCOTUS’ recent decision in Dobbs v. Jackson Women’s Health Organization was met with robust laughter from the audience. Alito continued, mocking, “One of these was former prime minister Boris Johnson – but he paid the price.” The audience roared with laughter and applauded as Alito quipped, “post hoc ergo propter hoc, right?” referencing the logical fallacy that falsely attributes causal relationship between two events.

Alito mentioned French president Emmanuel Macron and Canadian Prime Minister Justin Trudeau as other incumbent foreign leaders who criticized the decision “whose name may not be spoken.” Alito also commented that he was “really wounded” when Prince Harry, the Duke of Sussex, addressed the United Nations and seemed to compare the Dobbs decision with the Russian attack on Ukraine.

Alito’s lightheartedness in discussing the Dobbs decision — and his repeated reference to the 10-year-old ignorant of Christian iconography — stands in stark contrast with much of the highly emotional and in some cases, tragic fallout of the Court’s ruling. Specifically, the case of a 10 year-old rape victim forced to travel out of for an abortion and the prosecution of her physician has been heavily reported as an example of the serious consequences Dobbs has already brought about.

The justice devoted several minutes to extolling some of the virtues of religion and the enormous charitable contributions of religious institutions. He even gave some history of the Catholic Church’s having established the first orphanages then briefly mentioned the Fulton case to point out Philadelphia’s unwise attempt to “expel Catholic social services from foster care.”

Alito concluded his remarks with an anecdote about his 2016 trip to China in which he met a Beijing University student who had been born and secretly raised in contradiction of China’s strict one-child policy. Alito attributed the girl’s remarkable story to her having grown up in a town with multiple churches, including a Catholic church known as “the church that gave reasons.” The justice ended with a quote taken from scripture, “the champions of religious liberty who go out as wise as serpents and as harmless of doves can expect to find hearts that are open to their message.”