Women File Lawsuit Alleging Non-Consensual Gynecological Procedures at ICE Detention Center: ‘The Most Medical Way of Being Raped You Could Possibly Experience’ 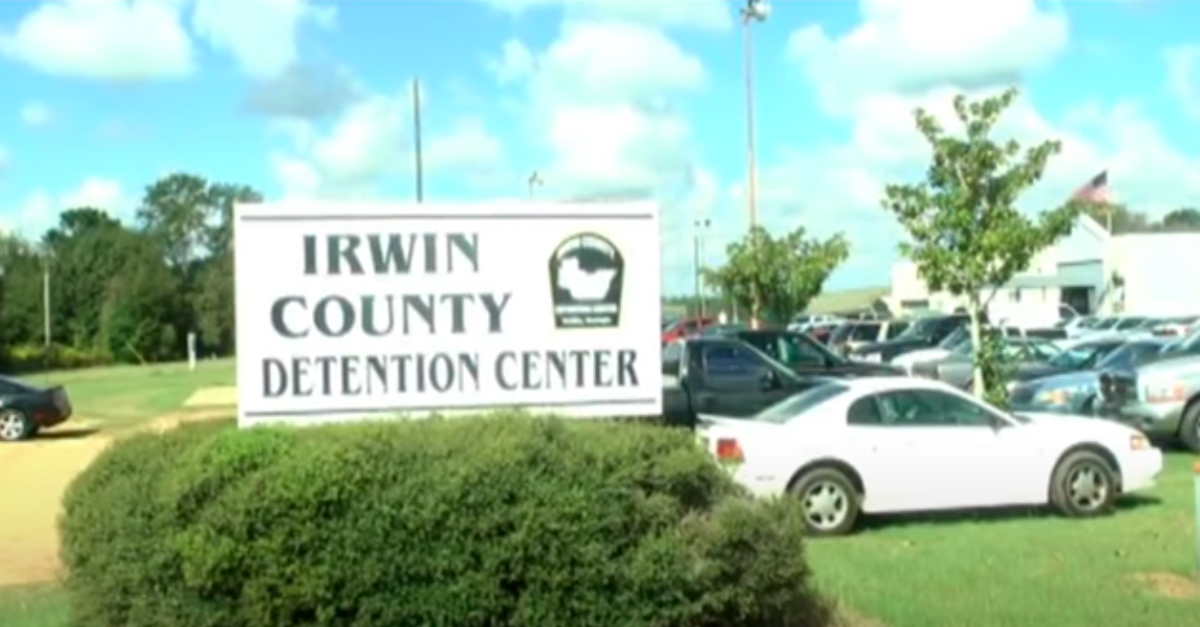 A group of women detainees at a Georgia facility run by U.S. Immigration and Customs Enforcement (ICE) are suing the agency, alleging that they were subjected to abusive and non-consensual medical treatment by an ICE-contracted gynecologist and faced retribution when they tried to speak out.

The 160-page complaint, filed Monday in U.S. District Court for the Middle District of Georgia, seeks class action status and alleged harrowing experiences of more than 30 women currently and formerly detained at the Irwin County Detention Center (ICDC) who were placed under the care of Dr. Mahendra Amin.

The allegations against Amin, first reported by Law&Crime, made headlines across the globe in September when former ICDC nurse-turned-whistleblower Dawn Wooten filed a complaint in which she referred to him as “the uterus collector” due to the alarming rate of hysterectomies or other procedures being performed on the detained women.

Along with Amin and ICE, named defendants in the lawsuit include soon-to-be-former Attorney General Bill Barr, acting Secretary of Homeland Security Chad Wolf, and multiple named and unnamed agency officials and jail officers.

Dr. Amin has repeatedly denied the allegations, but Monday’s complaint cites to detailed testimony from numerous women alleging that they were pressured into undergoing unnecessary and non-consensual invasive procedures.

One recently deported former detainee, referred to as Jane Doe #25 in the complaint, said she was experiencing menstrual problems when she saw Amin. She claimed the OB/GYN hardly examined her and did not ask about her prior treatments. Despite claiming three times in writing that she was “very afraid” because “the doctor is negligent and I do not trust him,” she was taken for surgery with Amin a weeks later.

“After her surgery, she woke up and saw three cuts on her abdomen. An ICDC staff member told Jane Doe #25 that [Amin] had removed her right ovary. Earlier, she had been told that there was a cyst on her left ovary. And [Amin] had never even mentioned her ovary to her. She felt betrayed and upset that she was powerless to stop this man from touching her,” the complaint stated.

A few weeks later, Amin told her that he had only “removed the cysts from her ovaries and cleaned her uterus of endometriosis,” saying she could still have children, the complaint said. She was deported less than two weeks after telling a friend about difficulties in obtaining her medical records from ICDC officials, court papers said.

“Upon return to Mexico, Jane Doe #25 has seen a gynecologist for follow up care. She learned that Respondent Amin removed more than half of her left ovary and that she only has a 10% chance of successfully carrying a future pregnancy. She and her husband had dreams of having and raising a child together,” the filing said.

Other women were named and compared the treatments to rape.

Yanira Yesenia Oldaker, one of the plaintiffs, said she saw Amin in early 2020 for hot flashes and explained to him that she had undergone a hysterectomy in 2014 and had been successfully treated for her symptoms with an estrogen patch in the past.

“Instead of prescribing a patch, [Amin] asked her to undress for an ultrasound. Ms. Oldaker explained to [Amin] that she had undergone a hysterectomy, but he said that he did ultrasounds on all his patients,” the complaint stated. “[Amin] then violently jammed a transvaginal ultrasound monitor inside her and, after removing it, pushed several fingers into her vagina, causing her excruciating pain. Ms. Oldaker squirmed and told him ‘no,’ but he kept going. A survivor of extreme sexual violence, Ms. Oldaker described it as feeling like she was ‘being raped again.’ At the end of the visit, he prescribed her Estrace pills.”

Jenel Haug, who was deported in March, said Amin performed a vaginal ultrasound and internal exam on her “with his hand, where were rough, painful, and forced.” She described the experience as “the most medical way of being raped you could possibly experience.” Haug’s testimony was included in the lawsuit but she is not named as a plaintiff at this time.

Law&Crime reached out for comment to both ICE and a lawyer for Dr. Amin. ICE declined to comment, citing pending litigation. The agency noted that the DHS Office of Inspector General is currently investigating the allegations. ICE said it is fully cooperating.