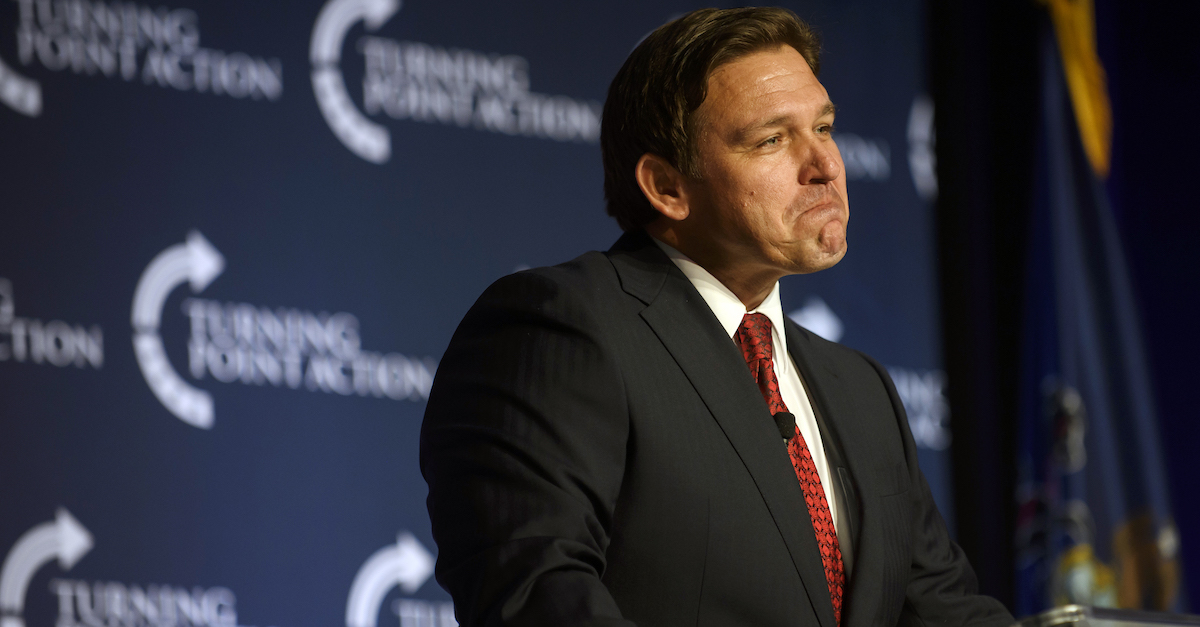 A matter of hours after a Texas sheriff announced an investigation, Florida Gov. Ron DeSantis (R) was slapped with a federal class action civil lawsuit in the District of Massachusetts over his transportation of Venezuelan migrants from Texas to Martha’s Vineyard.

The plaintiffs said Tuesday that they “fled to the United States in a desperate attempt to protect themselves and their families from gang, police, and state-sponsored violence and the oppression of political dissent,” only to be exploited in a “premeditated, fraudulent, and illegal scheme” motivated by a political agenda.

They allege that DeSantis and other defendants — including Florida Department of Transportation Secretary Jared W. Perdue, Doe Defendants 1-5, and the State of Florida — exploited plaintiffs’ vulnerability for the “sole purpose of advancing their own personal, financial and political interests.”

“To gain the Plaintiffs’ trust, and to induce unwitting cooperation with Defendants’ scheme, the Doe Defendants provided items such as $10 McDonalds gift certificates to class members suffering from chronic food insecurity,” the complaint said. “After luring Plaintiffs by exploiting their most basic needs, the Doe Defendants then made false promises and false representations that if Plaintiffs and class members were willing to board airplanes to other states, they would receive employment, housing, educational opportunities, and other like assistance upon their arrival. Next, the Defendants put class members up for free in hotels, sequestered away from the migrant center, and from the possibility of actual good Samaritans finding out how the class members were being abused.”

In naming DeSantis as a defendant, the lawsuit said the governor has “taken credit for executing the relocation scheme out of $12 million in funding set aside by the Florida legislature. Fl. House Bill 5001, Sec. 185 (2022)” and that he “pledged to use all $12 million of that funding to continue the challenged conduct.”

As noted by NPR, DeSantis’ office said earlier Tuesday that Florida gave the migrants “an opportunity to seek greener pastures in a sanctuary jurisdiction that offered greater resources for them, as we expected.”

“Unless the MA national guard has abandoned these individuals, they have been provided accommodations, sustenance, clothing and more options to succeed following their unfair enticement into the United States, unlike the 53 immigrants who died in a truck found abandoned in Bexar County this June,” the statement continued.