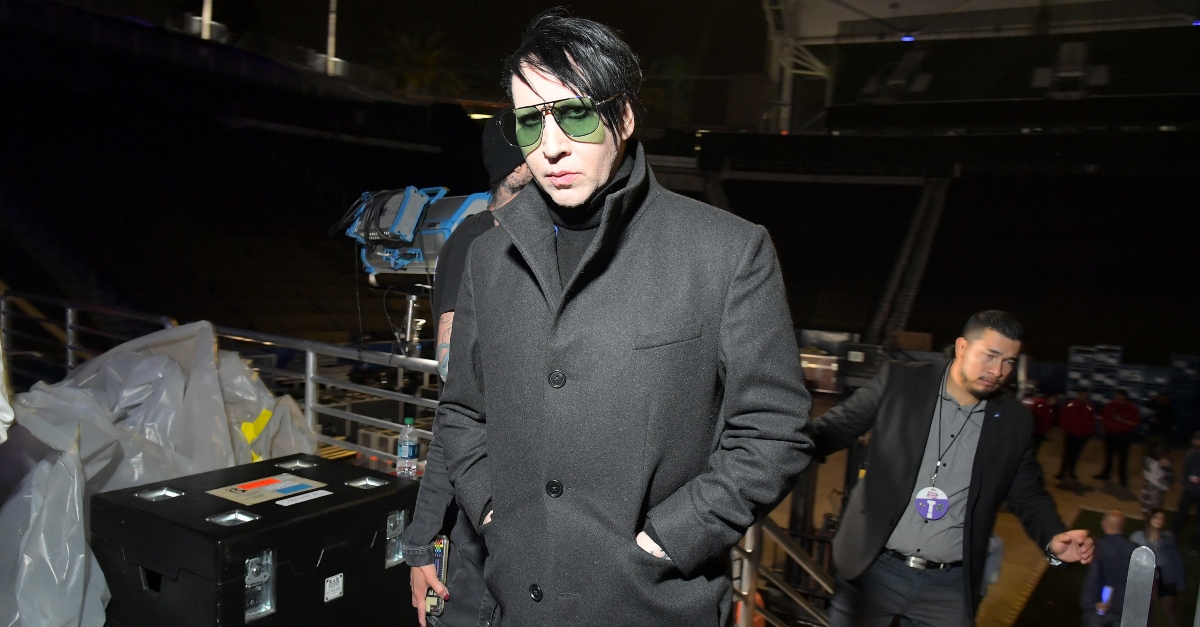 The Sheriff’s Department announced Tuesday it had completed its investigation of Manson, whose real name is Brian Warner, and submitted it to prosecutors on Monday. The investigation began 19 months ago and included a raid at Manson’s home last November. Sheriff’s officials said then that the investigation concerned incidents that “occurred between 2009 and 2011 when Mr. Warner lived in the city of West Hollywood.”

Manson’s ex-girlfriend Evan Rachel Wood and several other women have accused Manson of sexual and physical abuse, which he has denied. He’s currently suing Wood for defamation in Los Angeles County Superior Court, as well as artist Ilma Gore.

Los Angeles County District Attorney George Gascón addressed the Manson case in a video posted to his Instagram page last week, in response to the question: “Evan Rachel Wood wanted me to ask how the Brian Warner case is developing?”

Gascón said the sheriff’s department was still investigating but included an unusual deadline push, saying, “We are hopeful that the LASD will present the case to us sometime this month.”

“Once we have received the case, it will be carefully evaluated by an experienced prosecutor to determine if it is appropriate to file charges at this time,” Gascón said. He also said his office requests “regular updates on the status of the investigation,” and he emphasized his commitment “to investing in trauma-informed care for all victims of sexual assault, abuse and intimate partner violence.”

“We understand how difficult it may be to come forward as a victim, especially when the case involves this level of notoriety, and are dedicated to treating all victims with the highest levels of care and respect,” Gascón said.

The Sheriff’s Department announced the completion of the investigation by its Special Victims Bureau in a press release early Tuesday.