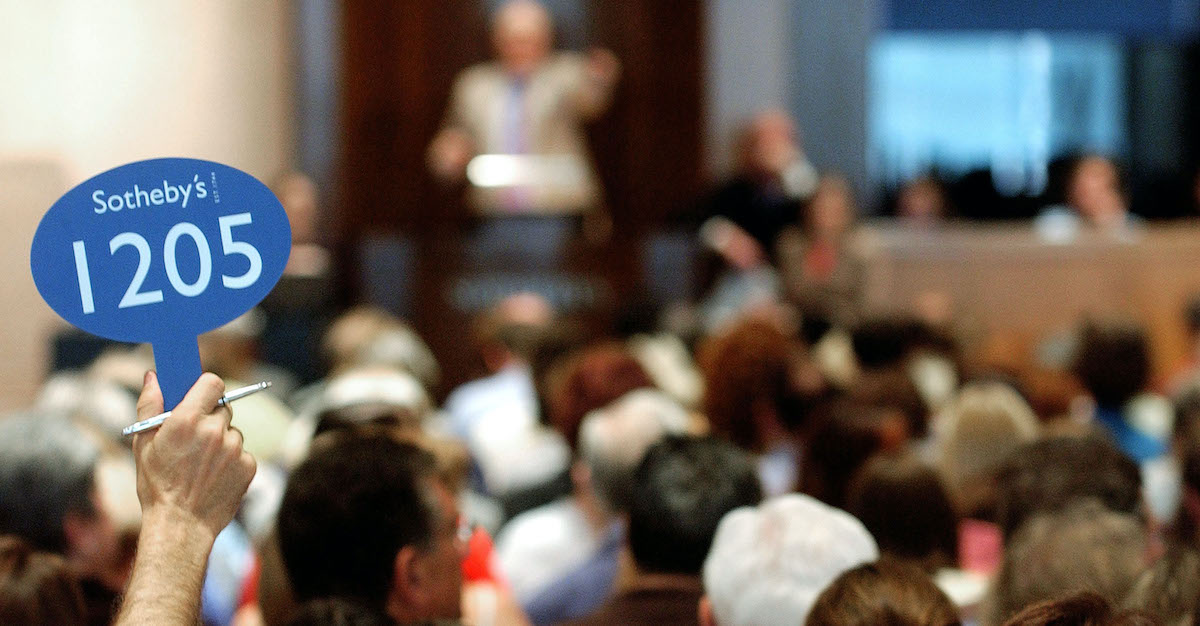 Sotheby’s helped a valued client fraudulently avoid sales taxes on $27 million worth of art he bought at the famed auction house between 2010 and 2015, New York Attorney General Letitia James (D) alleged in a lawsuit.

James, who announced the filing on Friday, cast the case as a warning to the well-heeled.

“Millionaires and billionaires cannot be allowed to evade taxes while every day Americans pay their fair share,” James said in a statement. “Sotheby’s violated the law and fleeced New York taxpayers out of millions just to boost its own sales. This lawsuit should send a clear message that no matter how well-connected or wealthy you are, no one is above the law.”

According to the lawsuit, Sotheby’s helped the collector buy art tax-free by treating him as an art dealer even though they knew that he was a collector who made the purchases for personal use. The collector is not identified in the 41-page complaint, but it does represent his company as the British Virgin Islands-based Porsal Equities.

In 2018, that company acknowledged to violating the New York False Claims Act, entering into a settlement with the attorney general’s office.

The attorney general seeks unspecified damages for violations of the False Claims Act.

Sotheby’s denied the allegations in an unsigned statement.

“Sotheby’s vigorously refutes the unfounded allegations made by the Attorney General, which are unsupported by both fact and law,” the auction house’s statement reads. “This is an issue between the taxpayer and the state dating from between five and ten years ago, which, as the Attorney General noted in her complaint, was settled two years ago.”