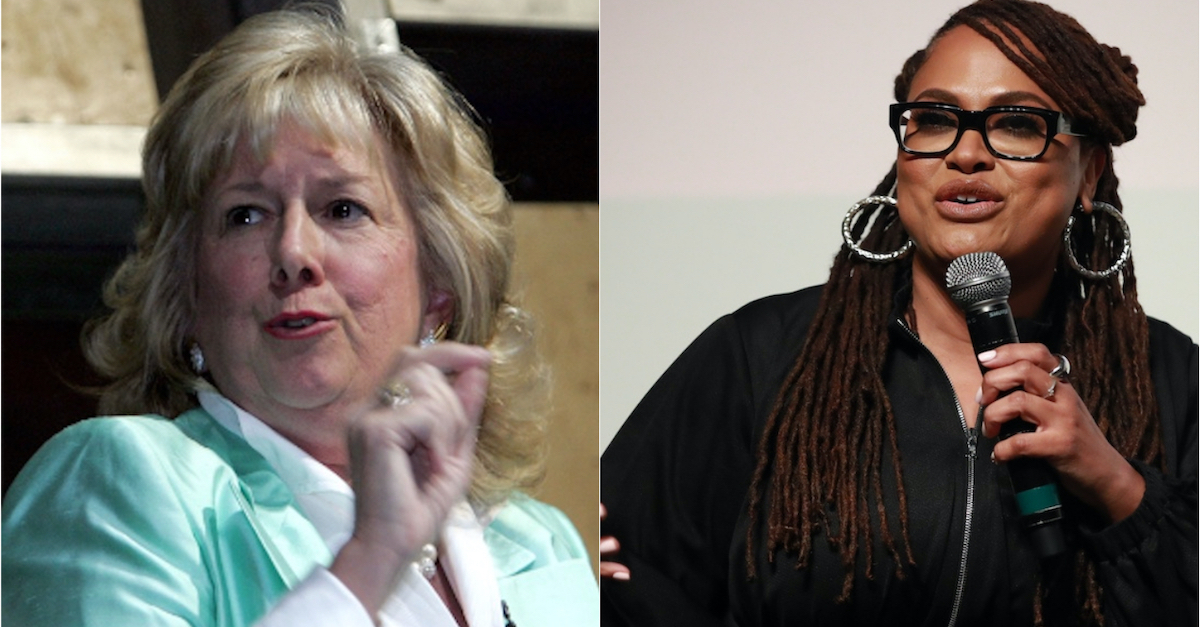 The woman portrayed as the “zealous, win-at-all-costs” prosecutor cast as the “villain” of director Ava DuVernay’s hit Netflix series When They See Us lost defamation claims associated with more than half the scenes she found objectionable, a federal judge ruled. And that’s before the dramatization’s makers have an opportunity to claim their portrayal lacked actual malice.

U.S. District Judge Kevin Castel’s opinion and order dramatically prunes a federal lawsuit filed in October 2019 by former Assistant District Attorney Linda Fairstein, whose office supervised the prosecution of the teens who came to be known as Central Park Five.

In 1989, Central Park jogger Trisha Meili’s horrific assault and rape left New York City reeling and the tabloids clamoring for harsh justice against the perpetrators, which authorities blamed on so-called “wolf packs” of teenage boys supposedly “wilding” on the streets of Manhattan. The series depicts the media-fueled frenzy as a racially motivated rush to judgment leading to the wrongful convictions of Antron McRay, Raymond Santana Jr., Kharey Wise, Kevin Richardson and Yusef Salaam, who spent several years in prison before DNA evidence corroborated the confession of a different attacker.

Identifying Matias Reyes as the true attacker, a Manhattan district attorney vacated the men’s convictions, and they eventually settled civil rights claims over their lost years for $41 million. DuVernay’s openly sympathetic series bemoans their incarceration. Fairstein, for her part, wrote a Wall Street Journal op-ed in 2019 saying that the series defamed her.

In the lawsuit the followed, ex-Sex Crimes Unit Chief Fairstein—now a mystery writer—continues to argue the men were cleared too quickly. Her federal complaint accuses Netflix, DuVernay and writer Attica Locke of fabricating scenes about her to portray her in a false light.

Judge Castel dismissed broad swaths of those claims on Monday.

“Certain scenes alleged to be defamatory merely show routine and prosaic activities that lack a plausible defamatory meaning,” Judge Castel wrote in a 48-page opinion. “In other scenes, the depictions of Fairstein are privileged against a claim of defamation because they convey the subjective opinions of defendants and could not be understood by the average viewer to be a literal recounting of her words and actions.”

The judge found that seven scenes flagged by Fairstein were not actionable. For example, Fairstein claimed that she never wrote the press release, as the show depicted, but Castel found that too “banal” to defame her. She also objected to her character, played by Oscar-nominated actress Felicity Huffman, describing the jogger’s attackers as “animals,” arguing that it falsely implied that she dehumanized people of color.

Though the judge ruled that depiction fell under the banner of protected opinion, Castel found Fairstein’s claims plausible as to five scenes. Fairstein claims these scenes falsely suggested that she withheld DNA evidence, created the timeline of the attack on Meili, instructed New York City police officers to harshly interrogate suspects, urged the NYPD to canvass Harlem, and was told by fellow prosecutor Nancy Ryan that she “coerced” the boys’ confessions.

On a motion to dismiss, the judge must assume the allegations of a complaint to be true, and the series makers will have another opportunity to argue their depiction was substantially true and made without actual malice.

“As defendants acknowledge, the issue of actual malice is more appropriately weighed at a later stage of the proceedings,” Castel noted.

“We are exceptionally pleased that Judge Castel has allowed Ms. Fairstein’s case against all Defendants to go forward, including the claim for civil conspiracy,” Miltenberg told Law&Crime in an email. “Judge Castel’s decision acknowledges what we have asserted from the beginning, that viewers of When They See Us believe that Defendants’ utterly false and defamatory portrayal of Ms. Fairstein as ‘a central villain’ in When They See Us has a basis in truth. We are glad that Ms. Fairstein now has the opportunity to pursue her claims with respect to five critical scenes in the series that falsely depict Ms. Fairstein engaging in coercive and discriminatory conduct in order to build a case against innocent young men of color.”

A Netflix spokesperson similarly cast the ruling as a victory.

“We’re thankful for Judge Castel’s thoughtful assessment of the issues,” the spokesperson wrote in an email to Law&Crime. “We’ll continue to vigorously defend When They See Us and the incredible team behind the series, and we’re confident that we’ll prevail against Ms. Fairstein’s few remaining claims.”