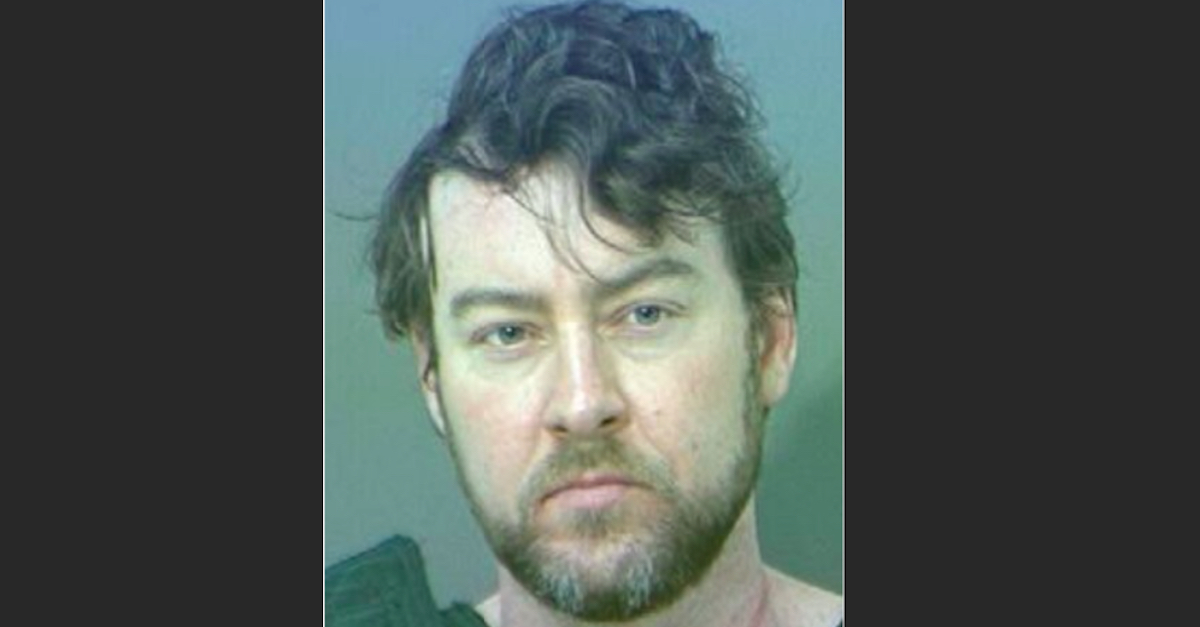 A criminal justice professor in California was arrested over the weekend after federal investigators say he started a series of forest fires in a remote area of Northern California near where the massive Dixie Fire continues to burn.

The 47-year-old lecturer has worked at several colleges in the state, including Sonoma State University and Santa Clara University, The Sacramento Bee reported.

According to the criminal complaint, filed Sunday in the U.S. District Court in Eastern California, authorities on the morning of July 20 received reports about a wildfire on the western slope of Mt. Shasta, later designated the Cascade Fire. An investigator arrived on the scene and found two vehicles parked about 75 yards off of an un-named dirt road, one of which allegedly belonged to Maynard.

Per the complaint, when the Investigator Brian Murphy approached Maynard’s vehicle, he was on his back trying to dig his vehicle out after getting it stuck while trying to drive across a partially buried boulder. Maynard told Murphy that he didn’t know anything about the fire and became agitated when Murphy told him he wasn’t authorized to use his government vehicle tow Maynard’s car.

“Upon hearing this, the man appeared agitated, and turned away from Inv. Murphy where he returned to digging and working to free the SUBJECT VEHICLE from its position,” the complaint stated. “Inv. Murphy recognized the man’s uncooperative and agitated behavior and felt it was safest to distance himself from this man.”

The other car was parked approximately 100 feet away, and the occupant, referred to as Witness 1, said he had been there since the previous day and observed and interacted with Maynard on the day of the fire. He told investigators that Maynard had arrived several hours before the fire started and seemed “very angry” after his car got stuck.

“Witness 1 stated that he had brief interactions with [Maynard] but described concerns about the man’s enraged behavior and said that, at one point, the man pulled out a large knife and looked towards Witness 1 for unknown reasons. Witness 1 believed the man was mentally unstable, describing the man as, ‘mumbling a lot and having bipolar-like behavior,’” the complaint stated.

Investigators began looking into Maynard, and earlier this month obtained a warrant to track his vehicle that prosecutors say linked him to at least seven fires in the area and greatly increased the danger to the over 5,000 personnel already deployed to contain the ongoing Dixie Fire.

“Maynard was traveling alone through the forest in isolated areas. Agents had installed a tracker on his vehicle. Where Maynard went, fires started. Not just once, but over and over again,” federal prosecutors wrote in bond memo filed Tuesday.

“Maynard’s fires were placed in the perfect position to increase the risk of firefighters being trapped between fires. But for the dedication and efforts of U.S. Forest Service investigators working around the clock to track Maynard, those fires would not have been discovered in their infancy. With Maynard’s growing fires at their backs, firefighters would have been placed at much greater risk.”

U.S. Attorney Michael Anderson on Tuesday reiterated that sentiment during a bond hearing on Tuesday.

“There are simply no conditions that could be fashioned that could ensure the safety of the public with respect to this defendant,” Anderson told U.S. Magistrate Judge Kendall J. Newman, per the SacBee.

Federal public defender Christina Sinha is listed as Maynard’s appointed attorney. She did not immediately respond to an email from Law&Crime.

Sonoma State spokeswoman Julia Gonzalez told the SacBee that Maynard no longer works for the college.

Read the complaint and prosecutors’ bond memo below.