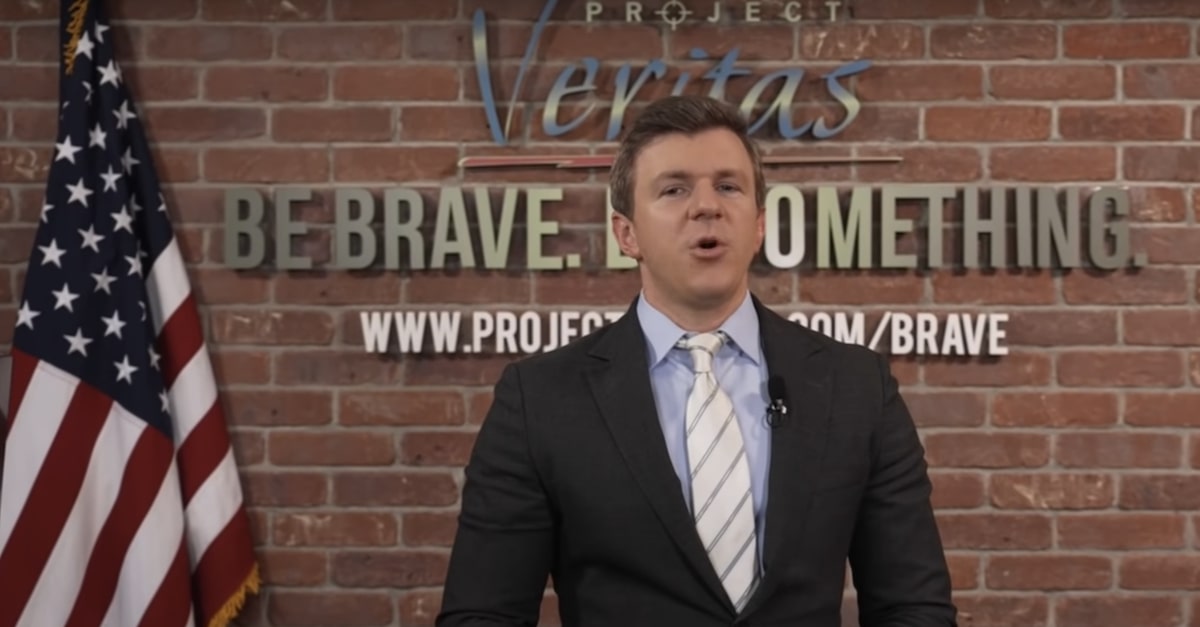 CNN did not defame Project Veritas by depicting the group’s Twitter ban as part of a social media crackdown on “misinformation,” a federal judge ruled on Friday.

On Feb. 11, 2021, CNN anchor Ana Cabrera reported that Twitter permanently banned Project Veritas for “repeated violations of Twitter’s policies prohibiting the sharing—or threats of sharing—of other people’s private information without consent.” Project Veritas says the ban came after it posted a video of its staffers seeking to interview Facebook Vice President Guy Rosen outside his residence, and the frame captured the number of his address.

When Cabrera appeared on chief media correspondent Brian Stelter’s show “Reliable Sources” days later on Feb. 15, the segment framed the ban in the context of a wider social media clampdown on “misinformation.”

“We’re starting to see companies cracking down to try to stop the spread of misinformation and to hold some people who are spreading it accountable, Brian,” she told Stelter. “For example, Twitter has suspended the account of Project Veritas, a conservative activist organization—at least that’s how they couch themselves with followers including Donald Trump Jr., Eric Trump—but this is part of a much broader crackdown as we mentioned by social media giants on accounts that are promoting misinformation.”

Stelter responded that the “very controversial conservative group” got swept up in a “Twitter policy by violating multiple rules on the site.”

After the broadcast, Project Veritas’s counsel demanded a retraction and then sued after CNN declined to grant one.

CNN argued that their broadcast was substantially true. Neither Cabrera nor Stelter explicitly stated which Twitter police Project Veritas was found to have violated. Even if viewers got the wrong impression, U.S. District Judge Steve C. Jones found, the distinction would not be significant enough to rise to the level of a defamation claim.

“In essence, ‘[s]ubstitute the true for the false… and the damage to [plaintiff’s] reputation would be no less,'” Judge Jones, a Barack Obama appointee, wrote in his 23-page ruling.

“Furthermore, while there is some difference between violating a policy by providing incorrect or misleading information and violating a policy by truthfully providing someone’s private information (and potentially exposing a person to harm), the distinction is not enough to make the statement at issue actionable as both violations are similarly damaging to the journalist’s reputation,” the ruling continues. “Project Veritas’s allegations and arguments do not plausibly suggest that the truth (as pled in the Complaint) would have a different effect on the mind of the average reader in terms of the reputational harm.”

Founded by conservative activist James O’Keefe, Project Veritas is known for its disseminating surreptitiously recorded videos on news organizations, as well people and entities perceived to be aligned with the political left. Its sting videos have made it a magnet for litigation and criminal investigations. In 2013, it rose to national attention by targeting the now-defunct advocacy group Association of Community Organizations for Reform Now (ACORN), which shuttered after a highly edited sting video depicted the group as advising on smuggling prostitutes into the United States. Federal and prosecutorial investigations later debunked those claims, and O’Keefe settled an invasion of privacy lawsuit by paying $100,000.

Since that time, Project Veritas has been repeatedly accused of selective editing, deceptive practices and unethical tactics.

O’Keefe and two of his ex-staffers’ homes were recently searched by the FBI in connection to an investigation into the theft of a diary belonging to the president’s daughter Ashley Biden. Project Veritas called the search an attack on the First Amendment.

Citing internal Project Veritas documents, the New York Times reported that the group consults with lawyers in walking the gray area between journalism and political spying. Project Veritas, which sued the Times over its reporting, insists that it belongs to the former category and cites support from prominent press freedom groups who say its work should be protected. Their lawsuit against CNN claimed that being accused of peddling “misinformation” impugned their “journalistic integrity.”

CNN and Project Veritas did not immediately respond to Law&Crime’s emails requesting comment.