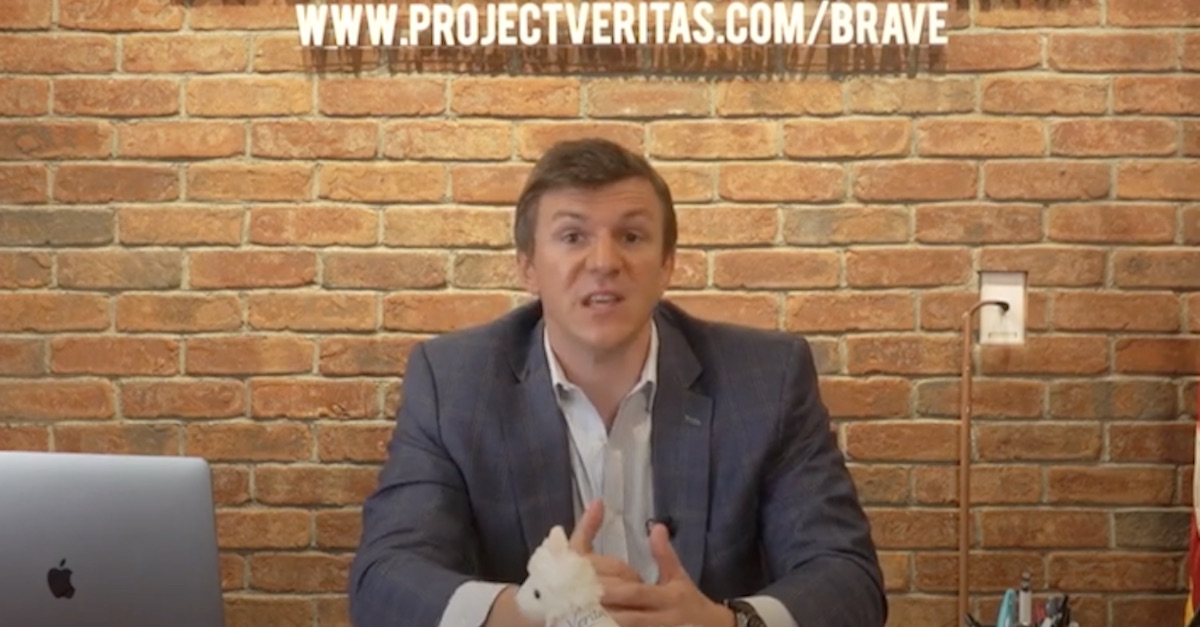 Project Veritas, whose well-documented history of disseminating selectively edited or surreptitiously recorded videos has on a number of occasions landed its founder James O’Keefe in court, sued the New York Times on Friday. The plaintiff alleged that it was defamatory of the Times to call the group “deceptive.”

“The Times’ newsroom was incensed at what it viewed as Project Veritas stealing its thunder,” the outfit insisted in a 73-page complaint filed Friday in Westchester County Supreme Court.

The lawsuit takes aim at journalist Maggie Astor’s article in the Times on Sept. 29 titled “Project Veritas Video Was a ‘Coordinated Disinformation Campaign,’ Researchers Say,” reporting that Stanford University and the University of Washington researchers found that the group’s video accusing Congresswoman Ilhan Omar (D-Minn.) of voter fraud was a “concerted disinformation campaign.”

Researchers at those elite academic institutions reached the conclusions that the Times reported.

“The video made several falsifiable claims that have either been debunked by subsequent reporting or are without any factual support,” the report stated in its opening paragraph. “As the video calls into question the integrity of the election using misleading or inaccurate information, we determined this video to be a form of election disinformation.”

Project Veritas’s objections to the Times report began with the second word of the article: “deceptive.” The plaintiff noted that, later in the same sentence, the Times used the words “unidentified sources and with no verifiable evidence.” Stylistically, the group also took issue with the alleged “vitriolic disdain” the Times showed founder O’Keefe, who is described in the article as “little more than a ‘conservative activist,’ not a bona fide journalist.”

After the Times story published, Project Veritas says it demanded a retraction and threatened a lawsuit if one was not granted.

The Times’s media reporter Tiffany Hsu then followed up the next month on Oct. 25 in a story titled “Conservative News Sites Fuel Voter Fraud Misinformation.” The article added Harvard’s heft to the chorus of academic experts warning about a pattern of amplifying false claims about mail-in ballots. Ivy League researchers called that pattern a “propaganda feedback loop.” The second Times article continued to describe Project Veritas’s video as “deceptive.”

Project Veritas leveled multiple defamation counts at the Times and their reporters seeking what they call a “narrowly tailored injunction prohibiting the re-publication” of the articles, an apparent call for prior restraint of the press. They are represented by Scarsdale, New York-based lawyer Amy Bellantoni.

The Times is hardly alone in describing the work of Project Veritas and O’Keefe as politically motivated deception.

In 2013, O’Keefe settled an invasion of privacy lawsuit brought by a staffer at the now-defunct advocacy group Association of Community Organizations for Reform Now (ACORN), which shuttered after a highly edited sting video depicted the group as advising on smuggling prostitutes into the United States. Federal and prosecutorial investigations later debunked those claims, and O’Keefe agreed to pay the staffer $100,000.

O’Keefe pleaded guilty three years earlier to a charge of entering the property of Sen. Mary Landrieu, a Louisiana Democrat, under false pretenses, attacking her for her support of the Affordable Care Act.

Presidential election-related stunts are not new for O’Keefe, either.

During the 2016 election, O’Keefe claimed to have caught a group backing former Secretary of State Hillary Clinton illegally taking money from someone purporting to be a foreign donor. The Hillary Clinton-backing group in question, Americans United for Change, was a 501(c)4 that was not prohibited from accepting such contributions.