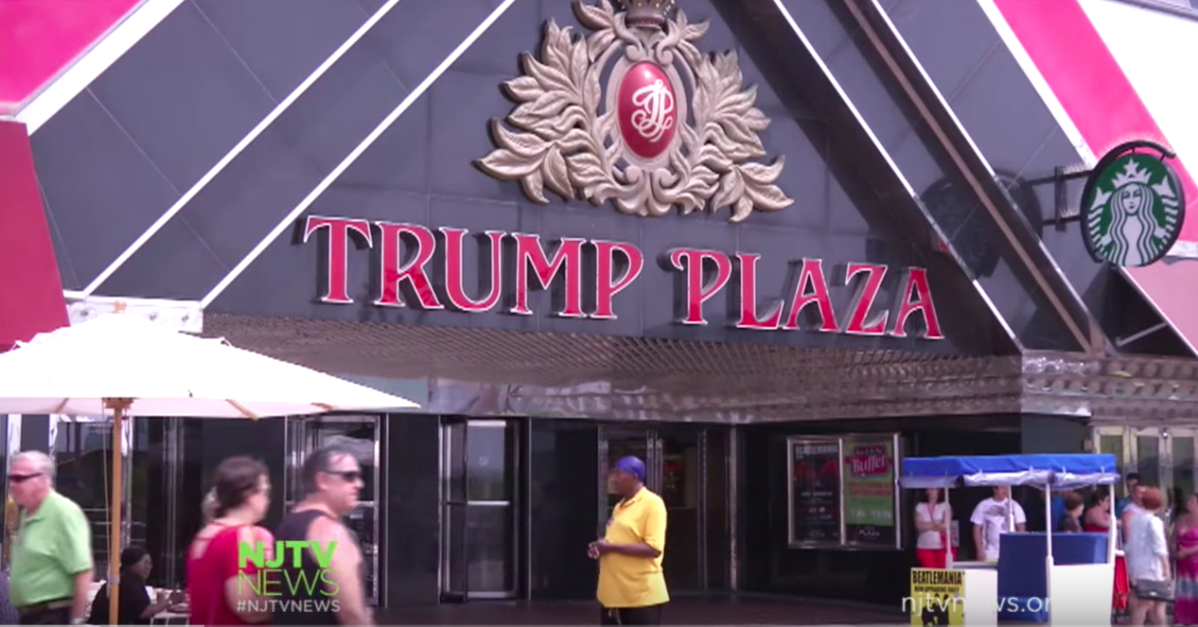 Atlantic City officials on Thursday announced that the city planned to file an injunction in New Jersey Superior Court to demolish Trump Plaza tower after an official inspection declared the crumbling building an “imminent hazard.”

Atlantic City Mayor Marty Small Sr. and his chief of staff Ernest Coursey informed Atlantic City Director of Licensing and Inspections Dale Finch on Sunday that several of the tower’s exterior panels had fallen off of the building and plummeted at least 15 stories before crashing to the ground below, NJ.com reported. After meeting with a city construction official and conducting an inspection the property was declared an imminent hazard.

Utilizing drone footage, the city’s Fire Chief Scott Evans concluded that the debris had fallen from at least the eighteenth floor of the tower due to a combination of corrosion, water damage, and wind.

“These buildings need to be maintained, and they need to be kept safe,” Evans said. “The most important thing for us is public safety. We need to ensure that the owners of these buildings do not create a situation that is going to pose a threat or risk to the city, or to any pedestrians for that matter, that are within the vicinity of this building.”

Police officers have been stationed around the building to prevent pedestrians from walking too close to the collapsing facade while the city works to fence-off the area.

“The city does not have the power itself to tear the building down,” said Special Advisor to the Mayor Steven Perskie. “In order to do that, the city is filing the action in the Superior Court of New Jersey to get injunctive relief requiring the immediate demolition of the building and until demolition begins, sheathing the building.”

Mayor Small had previously promised that his administration would make tearing down the president’s former casino a primary objective for 2020, calling it’s presence “an embarrassment” to the city.

“My administration’s goal is to tear Trump Plaza down,” Small said in January. “That’s not accepted in any other city but Atlantic City. It’s an embarrassment, it’s blight on our skyline, and that’s the biggest eyesore in town.”

The building is currently owned by billionaire Carl Icahn, who purchased President Donald Trump’s former casino (which has been closed since 2014) through bankruptcy proceedings in 2016.

Previously, a Nor’easter storm had torn away pieces of the former hotel in 2018, scattering debris that reached the city’s storied boardwalk.