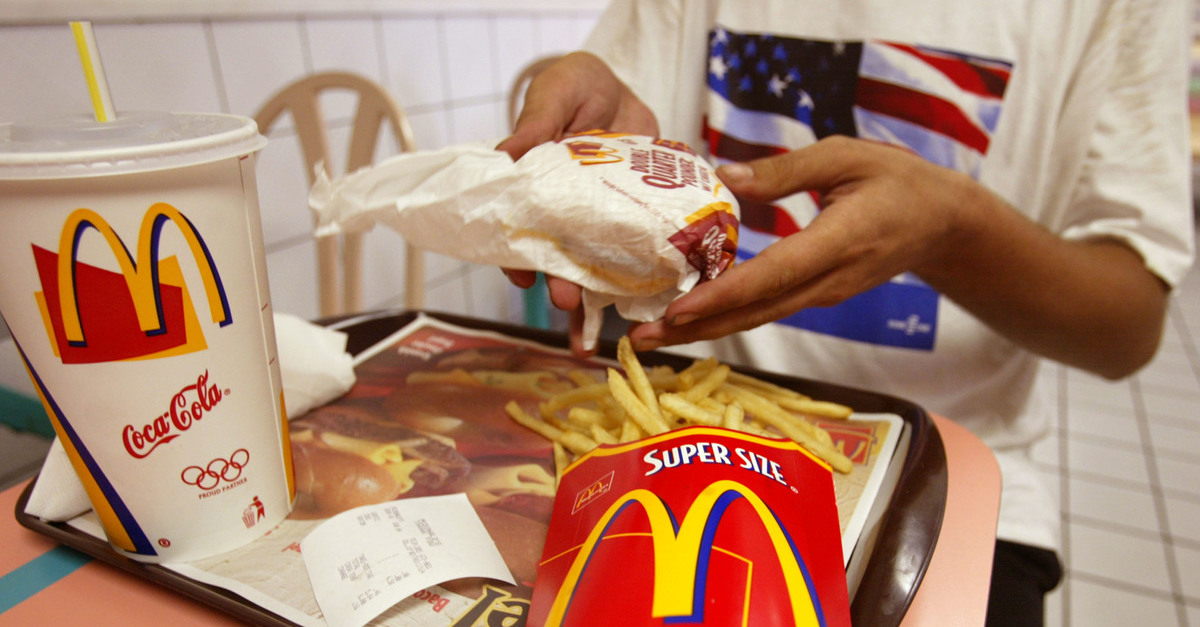 A man in Utah is suing McDonalds and Coca-Cola alleging he was served a beverage spiked with something not entirely unlike heroin.

The lawsuit filed by Trevor Walker against the corporate behemoths — as well as a local franchisee — claims he purchased a Diet Coke in 2016 from the drive-thru of a McDonalds in Riverton, Utah but quickly began to lose the feeling in his arms and legs after he drank it.

Walker then blacked out and was taken to an emergency room. After he awoke, police investigation and testing determined his drink had been laced with Suboxone — a heroin substitute used to treat extreme pain and to wean addicts off of their addictions to narcotics.

The first courtroom showdown occurred last December where Coca-Cola argued they didn’t belong in the lawsuit.

Lisa Marcy, an attorney for the global sugar-drink-pusher said:

On Wednesday, attorneys for McDonalds argued they didn’t belong in the lawsuit either — claiming they had no control over the local franchise or the employee(s) who allegedly spiked Walker’s Diet Coke.

“They did not control the day to day operations of the employees,” an attorney for McDonalds argued. The attorney eventually conceded that the company does, in fact, provide its franchisees with training materials but doesn’t mandate how those corporate-provided materials are used.

An askance Judge Gardner didn’t appear to buy that logic, according to Fox 13’s Ben Winslow who live-tweeted Wednesday’s proceedings.

“You think it’s optional?” he asked the hamburger chain’s counsel.

The look on Judge Gardner’s face suggests he doesn’t buy that McDonald’s training manuals are “optional.”

“The way I read this it sounds mandatory,” he says, noting managers must enroll at “Hamburger University,” etc., and that it doesn’t sound optional. @fox13 #Utah

“When we’re talking about hiring, training, supervision,” Judge Gardner continued, citing legal terms of art relevant to the plaintiff’s theory of negligence, “Is there a sufficient control by McDonald’s over [the franchisee]?”

The attorney for McDonalds appeared to sidestep the issue by claiming the act was likely criminal and performed by a “phantom employee.”

“Where’s the evidence of negligence?” the attorney asked out loud in conclusion. “There’s plenty of evidence of an appropriate system in place.”

Walker’s attorney Brady Bammer then argued exactly the opposite.

“It is about control between a franchisor and a franchisee,” he told the court — noting that McDonald’s is a corporate institution that controls every aspect of any given location. The foods and beverages offered, the equipment used, the suppliers, training and even client interactions are all handed down by corporate, Bammer noted.

Back and forth about liability and control consumed most of the hearing. Near the end, the McDonalds attorney offered a curious last-minute argument after being pressed by the judge for allegedly misrepresenting the plaintiff’s argument.

“His client claims something was put in his drink,” the attorney said. “We do now think it happened.”