Lawsuit Targeting Texas Attorney General Alleges a Conspiracy of Fraud and Harassment, a ‘Wild Conspiracy Theory,’ and Paying People to Keep a Lid on His ‘Mistress’ 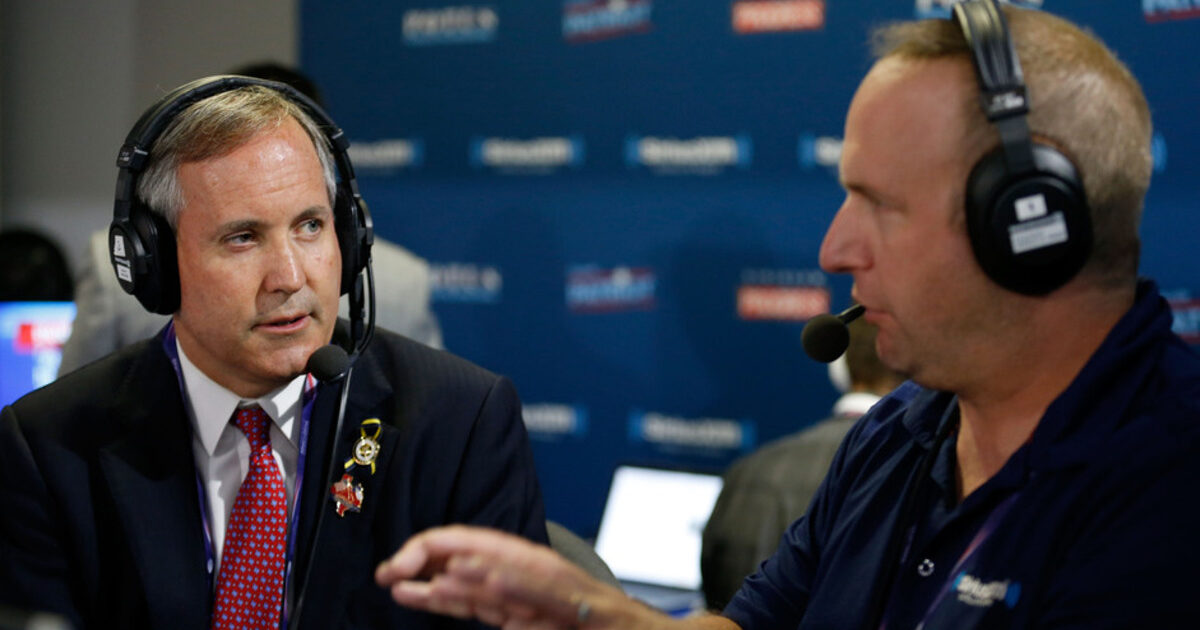 Several former staffers have accused Texas Attorney General Ken Paxton, the indicted Republican behind the last-ditch effort to overturn the 2020 election in the Supreme Court, of trading favors and crimes in order to facilitate a coverup about his alleged mistress.

Already under fire for roughly half a decade in the Lone Star State on securities-fraud charges, Paxton has been the target of bribery and abuse of power allegations in October of last year by seven top aides in an extraordinary public statement. Paxton quickly denied those accusations and attributed the criticism to “rogue employees.”

Soon enough, Paxton fired the whistleblowers, later telling a district court in Texas the terminations were not retaliatory but that each aide was coincidentally axed due to “misconduct, lack of competence, and/or disloyalty.”

Filed on Feb. 10, the second amended version of their lawsuit outlines Paxton’s alleged abuses of power and bribery scheme in detail.

Paxton recently filed a motion to dismiss the lawsuit. Attorneys for the former staffers say they’re confident the lawsuit won’t be tossed out. “[T]he OAG’s motion has no merit and that they appear to be trying to avoid being examined under oath at all costs,” Austin-based attorney Carlos Soltero told Law&Crime.

In their original letter, the seven employees accused Paxton of using his office to improperly influence an FBI investigation into Nate Paul, an Austin real estate investor and contributor to Paxton’s 2018 re-election campaign. An eighth staffer later added to those allegations.

According to the recently-filed version of the lawsuit, Paxton intervened on Paul’s behalf for multiple reasons, centering around a home remodel and a series of moves made to curry favor with the real estate guru in order to keep a lid on his extramarital activities.

Corruption in service of expanding his own power was on the attorney general’s mind as well, the complaint also alleges.

Specifically, the four fired staffers claim that Paxton hired “a lawyer named Brandon Cammack” as outside counsel to investigate Paul’s complaints that his rights had been violated by federal and state officials during a 2019 FBI raid.

Paul and Paxton had previously worked together to fashion those allegations into a criminal complaint that was presented to the Travis County District Attorney’s office. The local prosecutor passed on that investigation and referred the matter back to Paxton’s own office. And, according to the complaint, Cammack swiftly became a tool of both Paul and Paxton, issuing a series of subpoenas in order to harass Paul’s enemies in violation of the law.

The fired staffers say they pushed back against the Cammack installment at every turn and insist that the outside counsel was eventually tasked with powers in violation of state regulations and the contract he was eventually given by Paxton.

“[A]t Paxton’s and OAG’s direction, Cammack proceeded to conduct work without a validly approved contract and then, at Ken Paxton’s and OAG’s direction, falsely represented that he was a ‘special prosecutor’ in order to obtain grand jury subpoenas under false pretenses to investigate, harass, and intimidate Nate Paul’s perceived adversaries,” the complaint alleges. “Grand jury subpoenas were signed by Cammack as ‘Special Prosecutor.'”

The filing contains screenshots of subpoenas allegedly used by Cammack that identified him as a “Special Prosecutor.”

And, the former staffers say, Cammack’s harassment campaign was directed by Paxton and Paul.

Not only were Paxton and OAG directing the OAG “outside counsel” to obtain subpoenas on Paul’s enemies based on false representations that Cammack was a prosecutor, they were causing the outside counsel to conduct an investigation outside the scope of what the outside counsel’s purported contract even contemplated. Numerous of the subpoenas obtained by Cammack and Paxton were outside the appropriate scope of the June 10 referral from the Travis County District Attorney’s office. It would later be learned that Paul had sought an additional investigation, this one asserting a wild conspiracy theory implicating the lawyers for the Mitte Foundation charity, the court-appointed receiver in that litigation, the lawyer for the receiver, and even a federal bankruptcy judge in what Paul called “on ongoing conspiracy” to defraud Nate Paul.

“Thus, not only was Cammack never properly approved under OAG policies to conduct any investigation in the first place and never had the title or powers of a prosecutor, he was now obtaining subpoenas under false pretenses to conduct an investigation that was never in the scope of his asserted contract with OAG,” the complaint continues. “And he was doing all of this at the direction of OAG and Ken Paxton to benefit Nate Paul and Ken Paxton.”

And all this, the onetime state attorneys who were asked to facilitate the alleged Cammack-Paxton-Paul conspiracy say, was criminal.

Paxton and OAG knew that Cammack’s contract was not properly authorized under OAG policy, that Cammack was never even allegedly authorized to investigate the second Nate Paul complaint (Paul’s allegation of a conspiracy against him by a charity, a court-appointed receiver, their lawyers, creditors, and a federal bankruptcy judge), that Cammack was not a prosecutor or retained to be a prosecutor. Paxton and OAG directed Cammack to nevertheless file applications for, obtain, and then serve subpoenas obtained on false pretenses, all in an effort to intimidate and harass Nate Paul’s perceived adversaries, including his creditors and the law enforcement professionals involved in investigating him. Each Plaintiff reasonably and in good faith believed that Paxton and OAG engaged in conduct meeting these elements of this crime.

“Any accusations that the Attorney General acted contrary to the law are completely false and they will be proven false in court,” Ian Prior, a spokesperson for Paxton, told the Texas Tribune last week when asked about the allegations.