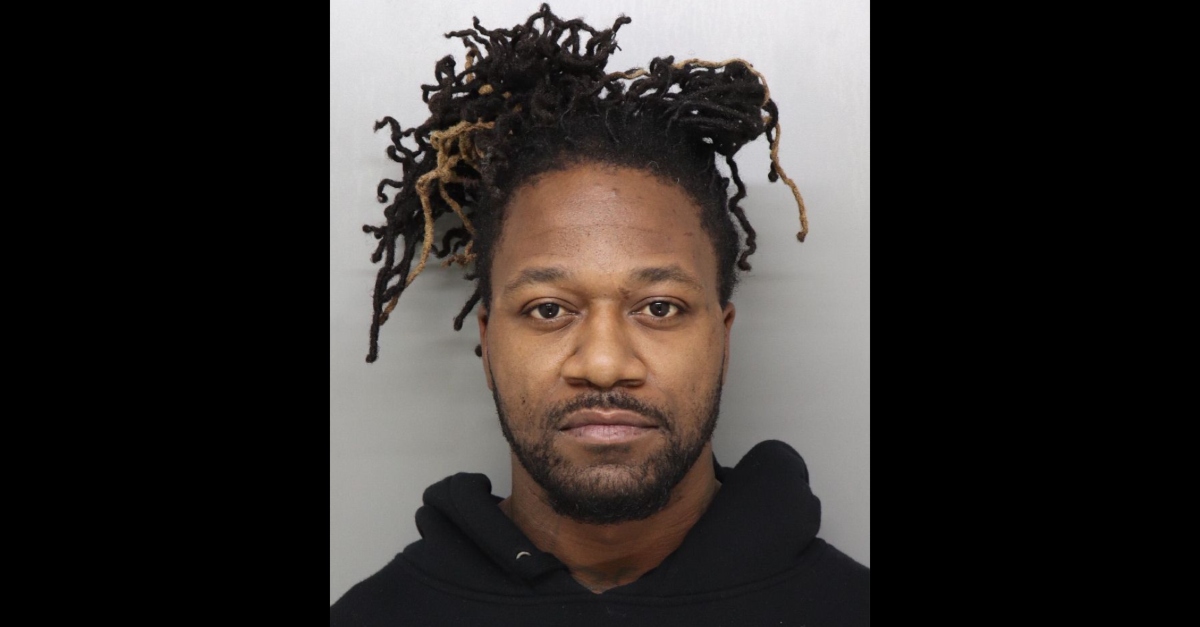 Adam “Pacman” Jones, a retired football player best known for his years on the Tennessee Titans and Cincinnati Bengals, was arrested Monday in Ohio because he allegedly knocked out a nightclub security guard.

Jones is charged with misdemeanor assault, according to the complaint obtained by Law&Crime. Authorities claim Jones punched and kicked the victim in the head.

Records show the incident happened at Clutch OTR, part tapas restaurant, part nightclub. The victim was identified as a security guard on the premises. Jones apparently did not know the man before the alleged confrontation. They are noted as strangers in the incident report obtained by Law&Crime.

Officers vaguely said that the Jones attacked the man during an argument. They described the injury as apparently minor, however. The victim took himself to the hospital.

Fights mark the retired cornerback’s brushes with the law, including a 2005 arrest for a fight in Tennessee. He pleaded guilty in 2017 to obstructing official business after he allegedly shoved a hotel security guard and poked him in the eye. As seen on 2018 video, he also brawled with a man at an Atlanta airport. Cops said at the time that he was in the right, however. They blamed the other individual.

“Mr. Jones then started to defend himself, causing Mr. Ragin to fall to the ground,” police wrote. “During the course of the incident Mr. Ragin also struck a companion of Mr. Jones, causing an injury to her hand. Mr. Ragin was determined to be the primary aggressor and was taken into custody. He was charged with two counts of battery.”

Jones, however, pleaded guilty in 2019 after he allegedly threw a violent fit at an Indiana casino.