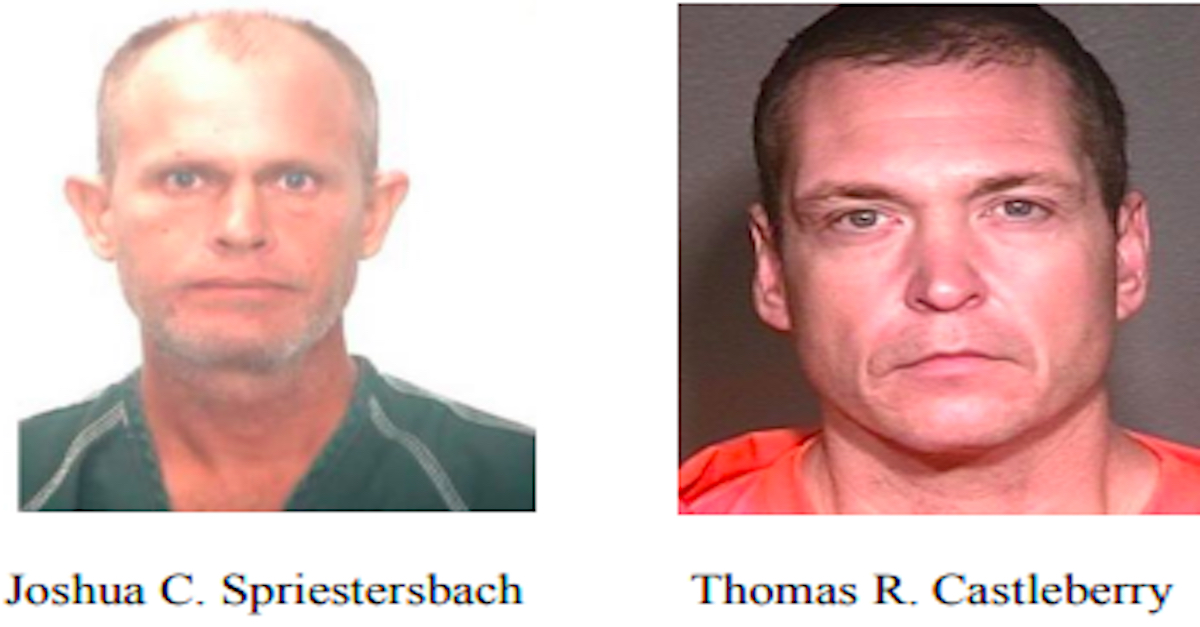 A man who spent more than two years locked up in a Hawaii state mental institution in an alleged case of mistaken identity has filed a federal lawsuit against the state, the city of Honolulu, the public defender’s office, and a slew of police officers and doctors. In the complaint, filed Sunday in the U.S. District Court in Hawaii, Joshua Spriestersbach claims he was unlawfully detained in violation of his civil rights for alleged crimes committed by Thomas R. Castleberry, despite consistently and repeatedly insisting that he was not the latter Castleberry.

According to the suit, officers with the Honolulu Police Department arrested Spriestersbach on May 11, 2017 based on a warrant for the arrest of Castleberry, who allegedly violated his probation stemming from a 2006 drug sentence.

“Before Joshua’s release on January 17, 2020, he was forced to take psychiatric medications in increasing doses until he became catatonic, all because Joshua continued to assert that he was not Thomas R. Castleberry and had not committed any of Thomas R. Castleberry’s felony crimes,” the suit states.

The provenance of the mistaken identity issue can allegedly be traced back to 2011 when a HPD officer arrested Spriestersbach, who was homeless at the time, for sleeping in the stairwell of a middle school. When the officer woke him up, Spriestersbach allegedly refused to give his real name, and instead told the officer his grandfather’s last name, which was Castleberry. He allegedly refused to give a last name. The officer saw the outstanding warrant for Thomas Castleberry and arrested Spriestersbach “without any further investigation,” the complaint says.

Per the suit, Spriestersbach was fingerprinted and photographed but police and other state employees failed to compare them to the photos and fingerprint records of Castleberry.

“By failing to verify his identity these defendants acted in violation of all applicable rules and regulations and relevant standards of care, causing injury to Joshua,” the complaint says.

A few months after his arrest, authorities had Spriestersbach transferred to the custody of the Hawaii State Hospital (H.S.H.), claiming that even his Public Defenders “actually used Joshua’s protests regarding his identity as evidence of his incompetency.”

In early 2018, Spriestersbach was also able to produce copies of his social security card and Hawaii state identification card, but he was kept in detention by authorities “despite having conclusive proof that Joshua was not Thomas R. Castleberry.”

Per the suit, if authorities had checked, they would have also seen that the real Thomas Castleberry had been arrested in Alaska in 2016 — where he remains incarcerated with an expected release date of 2022.

Spriestersbach was only released after a doctor investigated his claims and discovered he was telling the truth about his identity.

“They dropped him off at the houseless shelter, gave him back his 50 cents and acted like this never happened,” Ken Lawson of the Hawaii Civil Rights Project told HawaiiNewsNow.

“The HPD is currently reviewing department policies and procedures to determine if changes are needed,” HPD Interim Chief Rade Vanic said in a brief statement about the suit. “We are also continuing to work with city attorneys to fully investigate and address the allegations in the lawsuit.”