George Zimmerman Sues Warren and Buttigieg for Defamation, Accuses Both of ‘Race-Baiting’ 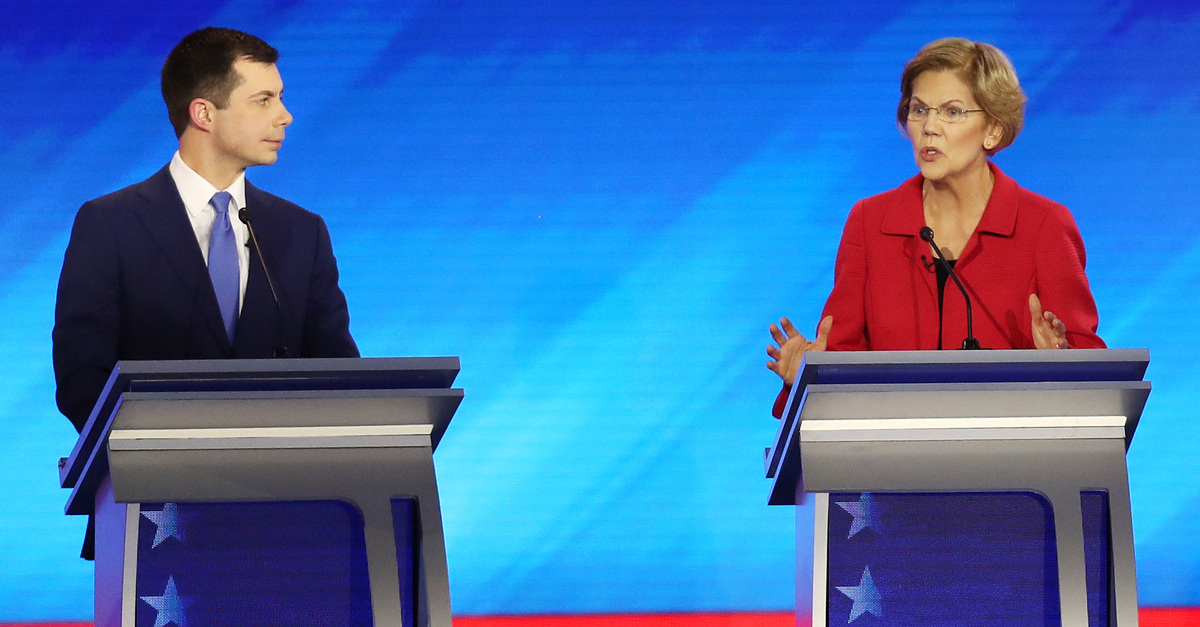 George Zimmerman filed his 30-page lawsuit against the two presidential hopefuls Wednesday morning in Polk County, Florida—accusing both candidates of “race-baiting” in a press release announcing the legal filing.

Warren’s commemorative tweet reads: “My heart goes out to @SybrinaFulton and Trayvon’s family and friends. He should still be with us today. We need to end gun violence and racism. And we need to build a world where all of our children—especially young Black boys—can grow up safe and free.”

My heart goes out to @SybrinaFulton and Trayvon’s family and friends. He should still be with us today.

We need to end gun violence and racism. And we need to build a world where all of our children—especially young Black boys—can grow up safe and free. https://t.co/9lXXlRnvzL

Buttigieg’s tweet contained a similar message: “ Trayvon Martin would have been 25 today. How many 25th birthdays have been stolen from us by white supremacy, gun violence, prejudice, and fear? #BlackLivesMatter.”

Trayvon Martin would have been 25 today.

How many 25th birthdays have been stolen from us by white supremacy, gun violence, prejudice, and fear?#BlackLivesMatter

Notably, neither one of the Democratic candidate’s tweets reference Zimmerman by name or directly accuse him of being a white supremacist—facts that will almost certainly be used by both defendants-politicians to seek the lawsuit’s hasty dismissal.

There’s also some laser-focused trolling afoot in the Floridian legal filing. Embedded in Zimmerman’s complaint is salient and data-based criticism of both Warren and Buttigieg—attacks that highlight real struggles both candidacies have encountered in 2020.

The section on Buttigieg winks and nods:

Defendant Buttigieg has received heavy criticism from black activists for poor record as regards the black community. Defendant Buttigieg has been called out for the sharp increase in arrests of African Americans when he became Mayor of South Bend, his controversial firing and demoting of a black police chief, and for his comments in a speech in 2015 in which he stated that “all lives matter” as a response to the “Black Lives Matter” slogan and movement.

“Defendant Buttigieg has disingenuously apologized repeatedly for all three of these actions, and has expressed concern over the well-documented lack of electoral support for his candidacy amongst African American voters in polling,” the lawsuit continues—pouring heavily on the rhetoric.

Warren also lacks significant African-American support, which she has stated she is seeking to support her candidacy which appears to be fading from its previous popularity. Defendant Warren recently admitted that her campaign has mistreated African-American staffers in her campaign organization in Nevada, and that she personally disingenuously apologized to the staffers for the “systemic racism” that infected her campaign.

Recent opinion polling has shown both Warren—and Buttigieg in particular—struggling to garner support from black voters.

“It is high time that the cheap and harmful use of the race card by politicians of all stripes be made to cease and desist,” Zimmerman’s attorney Larry Klayman said in a statement. “Their despicable ‘race tactics’ are not only causing great harm to persons such as my client George Zimmerman, but also are damaging relations between black and white Americans who are all brothers. The nation should applaud Mr. Zimmerman for taking a strong stand and pushing back against hack politicians like Buttigieg and Warren, who know no bounds of decency and frankly could obviously care less about whom they hurt in their quest to dishonesty use and manipulate black voters to win the 2020 Democrat presidential primary.”

Law&Crime reached out to both Buttigieg’s and Warren’s 2020 campaigns for comment on this story but no response was forthcoming at the time of publication.

Zimmerman v. Warren and Buttigieg by Law&Crime on Scribd