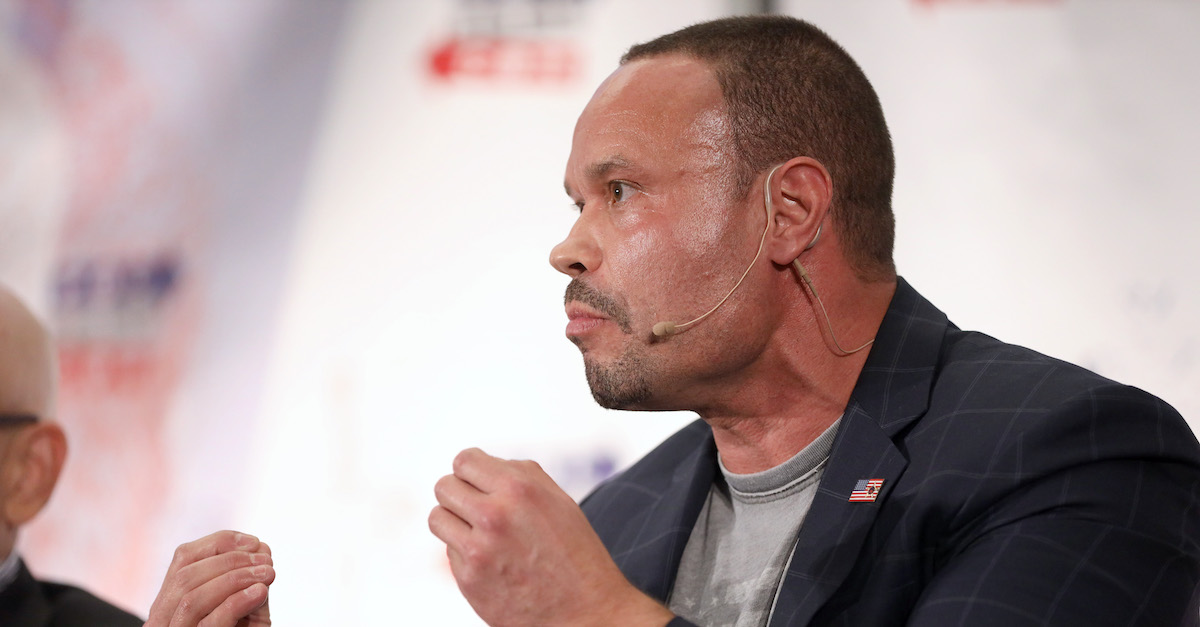 In the beginning of a 18-page opinion released Thursday, U.S. District Court Judge Jose E. Martinez, an appointee of President George W. Bush, uttered the key words that are almost always the death knell of defamation lawsuits: “Dan Bongino is a public figure.”

The judge immediately noted that Daily Beast reporter Lachlan Markay did what he could to ascertain the truth, but that Bongino didn’t answer the questions put to him by Markay — possibly or perhaps even likely resulting in Bongino’s own peril:

Upon learning that Bongino’s show would no longer air, Defendant’s reporter texted him and asked, “Heard you didn’t renew with NRA TV?” Bongino did not respond. Four days later, the reporter texted again, “Just circling back on this. Probably publishing something today.” Still, no response. Defendant then published an article titled, “Dan Bongino out at NRATV—BONGI-NO-MORE.” The article’s subheading reads, “Trump loves the guy. But the gun rights group is downsizing its media operation and his show appears to be a casualty of those plans.” The first sentence continues, “The National Rifle Association’s media arm has dropped pro-Trump firebrand Dan Bongino . . . .” The article also notes that neither Bongino nor the NRA responded to Defendant’s requests for comments at first.

After publication, however, Bongino and NRATV responded to the article publicly. The next day, Defendant revised the article to include their reactions. The article now reads, “[Bongino] suggested that the decision not to renew the show was his, not the network’s” and “NRATV released a statement saying the network ‘made every attempt to retain [Bongino] in 2019’ but did not elaborate on the negotiations.”

Bongino claimed “the article convey[ed] that NRATV fired him for cause; in truth he decided not to renew his contract, he says,” the opinion notes in a recap of the claims. “On that basis, he argues the article ‘imputes’ to him an ‘unfitness to perform the duties’ of his job, and therefore constitutes libel.”

The judge, in a thorough takedown of Bongino’s claims, ruled as follows. First, Bongino “failed to comply” with a Florida statute which requires notice to be given when a media defendant is sued. Second, the judge ruled, the article is simply not defamatory. (As a matter of law, the judge noted, “an employer’s ability to terminate an employee is ‘inherent in the employment relationship’ and the exercise of that right does not necessarily impute wrongdoing to the employee.'”). More precisely:

Here, even a cursory review reveals that nowhere in the article does it state that Plaintiff was fired—much less that he was fired for cause. The article merely states that NRATV “dropped” Plaintiff from its lineup of conservative commentators. And as Plaintiff concedes, this is in fact true. Indeed, the article’s subheading explains that NRATV was “downsizing” and Plaintiff’s show was “a casualty of those plans.” The article even reflects that NRATV made “every effort to retain [Bongino].” Such reporting is a far cry from stating that Plaintiff was fired for anything other than corporate downsizing.

The judge further accused Bongino of taking “one word in the article out of context” in an attempt to argue defamation. That doesn’t work. Legally, “the inquiry turns on ‘all the words used, not merely a particular phrase or sentence.'”

“Because no reasonable interpretation of the article could be construed to suggest that Plaintiff was ‘dropped’ for any reason other than fiscal decision-making, Plaintiff fails to establish that the article amounts to defamation,” the judge concluded.

Next, the judge addressed whether the article constituted “defamation by implication,” which — stated briefly — means the defendant publication can be held liable if it “has the details right but the ‘gist’ wrong.” Here, similarly, the answer was no:

In support of his defamation by implication allegation, Plaintiff claims the article implies that NRATV dropped him because of his “quick temper,” “brash style,” and because he was an “outspoken defender of President Trump.” But the article does not juxtapose those snippets to imply they are the reason that NRATV dropped Bongino. Nevertheless, such statements are, at the very least, protected statements of pure opinion.

Let’s repeat that for those who may have missed it: Bongino tried to claim NRATV dropped him because . . . he was an outspoken defender of President Trump.

The judge went on to rubbish Bongino’s claims under the Florida’s Deceptive and Unfair Trade Practices Act.

The order gives Bongino the chance to refile the case, but only if he does so by August 20th in “good faith” and “based on other facts not apparent” in the original lawsuit. If he refiles, Bongino “shall be sure to include proper allegations, including those establishing special damages and the applicability of the FDUTPA” (Florida’s Deceptive and Unfair Trade Practices Act), the judge made clear. Otherwise, the case will be closed.

The court held off until then on ruling whether Bongino would have to pay the Daily Beast’s attorneys fees under Florida’s Anti-SLAPP law.