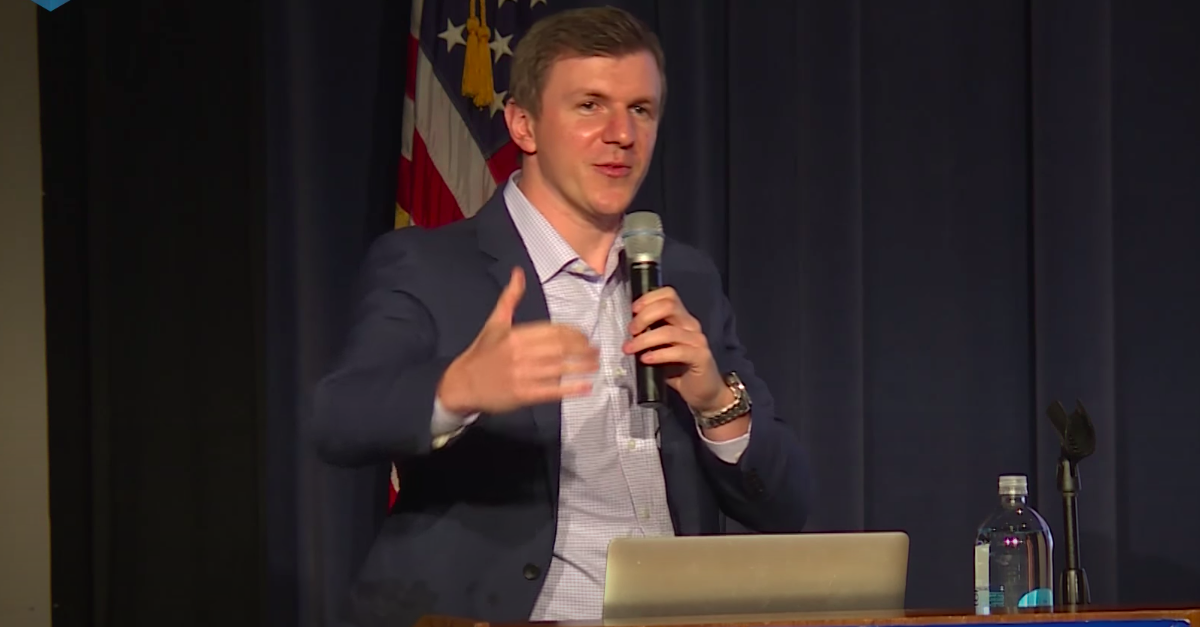 Project Veritas founder James O’Keefe filed a lawsuit against the Federal Bureau of Investigation (FBI) Thursday, claiming the agency illegally placed his name on a federal watch list that precluded him from being able to purchase a firearm.

According to the complaint, filed in U.S. District Court in the Southern District of New York, O’Keefe alleges that the FBI falsely claimed that he’d been convicted of a felony and “has subsequently repeatedly, wrongfully, and without justification denied Mr. O’Keefe the ability to purchase a firearm.” The right-wing activist is asking the court to order the bureau to remove his name from the list.

“This is patently false,” his attorney Jered Ede wrote. “Mr. O’Keefe has never been convicted by any court anywhere of any crime punishable by more than a year of imprisonment.”

“Simply put, the FBI’s placement of Mr. O’Keefe on the NICS deny list for felons is wholly and unequivocally improper and based on demonstrably false information. Notably, the FBI has not disclosed to Mr. O’Keefe what information it is relying on to place Mr. O’Keefe on its watchlist.”

In 2010, O’Keefe and three of his associates were arrested for entering federal property under false pretenses with the intent of committing a felony. The group dressed as telephone repairmen to gain access to the offices of then-Sen. Mary Landrieu (D-La.) in a New Orleans federal building.

O’Keefe pleaded guilty to misdemeanor charges of entering a federal building and false pretenses and was sentenced to three years probation, 100 hours of community service and a $1,500 fine.

False rejections by the NICS are rare but far from unheard of. A 2016 audit by the Justice Department’s Inspector General reviewed 447 random gun transaction denials and found one erroneous denial – an accuracy rate of 99.8 percent.

Persons believing they were falsely rejected can also file an appeal with the FBI. From 2012 to 2016, the last five years for which data is available, approximately 44 million transactions were processed through the NICS and the FBI reversed 18,466 denials.