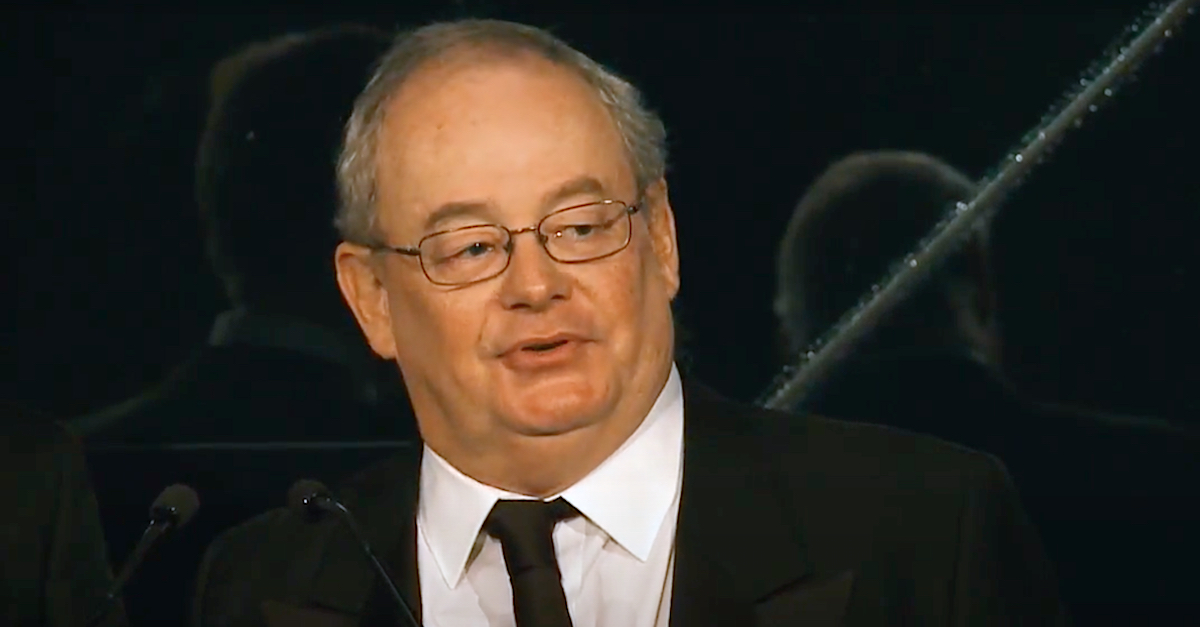 A lawsuit filed in federal court on Tuesday accuses the New York Post‘s former editor-in-chief of sexual harassment and the publication’s parent company of retaliation.

Filed in the U.S. District Court for Southern District of New York by attorney Douglas Wigdor, the 16-page complaint alleges that Col Allan sexually harassed and humiliated Michelle Gotthelf over the course of several years and that when she finally spoke up about her treatment, she was at first ignored and then eventually fired.

“The New York Post’s unlawful treatment of its top female editor after twenty-plus years of service is nothing short of appalling,” Wigdor said in a statement. “Moreover, the Post’s decision to rehire Col Allan after he sexually propositioned Ms. Gotthelf speaks volumes about exactly the type of newsroom News Corp is running. We intend to aggressively move forward with holding the Post accountable and protecting Ms. Gotthelf’s rights.”

The lawsuit documents the course of Gotthelf’s career with the Manhattan-based daily, which began in 2000 when she was hired as a feature reporter. She rose in rank at the paper, the lawsuit notes, on several occasions. But her rise was stalled, she claims, by the company and Allan, the paper’s then and longtime editor-in-chief, promoting unqualified men ahead of her, according to the lawsuit.

In 2013, the lawsuit claims, the work environment at the Post became increasingly “hostile,” misogynistic and often homophobic.

“Mr. Allan, delighted in degrading Ms. Gotthelf, and women generally, in front of her mostly male peers,” the filing alleges. “For example, Mr. Allan would refer to women in news stories as ‘skanks’ or ‘stupid women.’ He described a female NY Post editor as a ‘sneaky lesbian.’ He likewise told Ms. Gotthelf that Mr. [Rupert] Murdoch ‘doesn’t like many women.’ Mr. Allan also despised the LGBTQ+ community. For instance, he refused to put New York’s historic legalization of same-sex marriage on the front page, asking, ‘What will these people be marrying next, animals?'”

Over time, Gotthelf claims, Allan directed his ire at her, which was allegedly the admitted byproduct of the dissolution of his marriage.

“Allan ultimately admitted the abusive behavior towards Ms. Gotthelf was based on her sex,” the lawsuit goes on. “Allan confessed that he mistreated Ms. Gotthelf because she reminded him of his wife, ‘fiery.'”

The lawsuit says that Allan’s “peak” sexual harassment occurred in 2015 when he allegedly propositioned his employee for sex.

During a night out for drinks which Gotthelf says she “reluctantly agreed [to] because he was her boss,” Allan allegedly “peppered” his employee with questions about her own sex life, discussed his wife’s longtime lover and complained that his wife “had stopped sleeping with him years ago.”

The filing details the alleged proposition and immediate aftermath:

Ms. Gotthelf responded, jokingly, “You should get yourself a lover. That’ll fix her.”

Mr. Allan then propositioned Ms. Gotthelf for sex, asking, “What about you?” Ms. Gotthelf was stunned. But Mr. Allan persisted. “We should sleep together.”

Stunned, Ms. Gotthelf left the bar and grabbed the first taxi she could find to get away from Mr. Allan.

After that incident, Gotthelf alleges, work was never quite the same.

At first, Gotthelf hoped to “ride it out,” according to the filing, She initially declined to make a formal sexual harassment report because she was afraid of retaliation and hoped things would get better on their own.

“They did not,” the lawsuit says. “Mr. Allan became even more abusive after Ms. Gotthelf rejected his advances. He refused to make eye contact with Ms. Gotthelf and often killed stories that she supported for no apparent reason. On one occasion, he ripped up a list of stories that Mr. Gotthelf had prepared and screamed at her to ‘get the fuck out.’ The other editors – almost all men – sat in disbelief as Mr. Allan publicly humiliated Ms. Gotthelf.”

The day after that alleged incident, the lawsuit says, she filed a formal report with “then Head of HR, Melinda Goldman, and in-house counsel, Jordan Lippner,” documenting “the bullying and harassment she experienced.” And, she claims, despite being told report would remain anonymous, alleges that the Post “told Mr. Allan that Ms. Gotthelf complained about his harassment after which he was forced to ‘retire.'”

Allan retired in 2016, amid, pomp, circumstance (which the lawsuit describes as “Cheers for the Harasser”) and a sendoff from Murdoch where “employees were forced to clap and cheer for Mr. Allan who, unbeknownst to them, had been forced to resign in disgrace.”

Following Allan’s exit, Gotthelf says the company attempted to placate her with a “more impressive title and higher pay” while simultaneously diminishing her role “in retaliation” for the complaints.

“In particular, the Company set up a separate team of web reporters who did not report to Ms. Gotthelf and had the unilateral authority to post their stories online,” the lawsuit goes on — alleging that she should have had the authority to publish “all news stories” as managing editor. “Ms. Gotthelf’s reporters, however, were relegated to the back of the newsroom. As a result, 25-year-old reporters (mostly men) had more say on web news than Ms. Gotthelf, the newspaper’s female Managing Editor. Ms. Gotthelf was, once again, humiliated.”

When she protested that her role had been unlawfully diminished, she says, she was told to “stop complaining.”

Then, in 2019, the Post rehired Allan as a consultant. Gotthelf says she expressed her concerns over the rehiring and negotiated a new employment contract which stated that “[u]nder no circumstances” would she have to report to her former boss. That piece of paper, however, didn’t offer much protection for very long, the lawsuit claims.

Mr. Allan wrote to Ms. Gotthelf that “it [the story] should be removed.” Ms. Gotthelf disagreed. Mr. Allan responded – ominously – “I advise you again. Remove it.” Minutes later, Mr. Allan wrote Ms. Gotthelf again, directing her to “get rid of it,” labelling Ms. Carroll either “the world[‘s] unluckiest woman or a liar” and her claims of rape “baseless shit.”

Ms. Gotthelf went to Mr. Allan’s office to discuss his directive. Mr. Allan became abusive, telling Ms. Gotthelf to “get it [the story] fucking down.”

Ms. Gotthelf protested to News Corporation’s CEO, [Robert] Thompson, and Head of HR, [Dana] Ritzcovan, that she was not supposed to be reporting to Mr. Allan.

They responded that if Mr. Allan “tells you to do something, you do it.”

In January of this year, Gotthelf essentially claims she was passed over for a promotion again by being “effectively demoted” when the company hired Keith Poole as editor-in-chief of the New York Post Group.

Poole, the lawsuit says, had previously asked Gotthelf about “what happened” between herself and Allan — who, in his consultant role, had allegedly briefed the plaintiff’s incoming boss on the transition.

“Gotthelf explained that Mr. Allan had sexually propositioned her and that she did not want to go through that again,” the lawsuit says. “On January 12, 2022, only two months later, Mr. Poole fired Ms. Gotthelf without cause.”

“For more than two decades, I took great pride in my work shaping coverage at one of the most widely read news organizations in the country,” Gotthelf said in a statement. “While I never intended to become the news, the truth of what happened to me deserves to be heard. I will miss my colleagues dearly and hope that by speaking out there can be positive change for other women at the Post.”

Law&Crime reached out to the New York Post for comment on the lawsuit’s allegations, but no response was immediately forthcoming at the time of publication.