Federal Judge Refuses to Dismiss Peter Strzok and Lisa Page’s Lawsuits Against DOJ Over Release of Texts: ‘Pour Yourself Another Cup of Coffee…’ 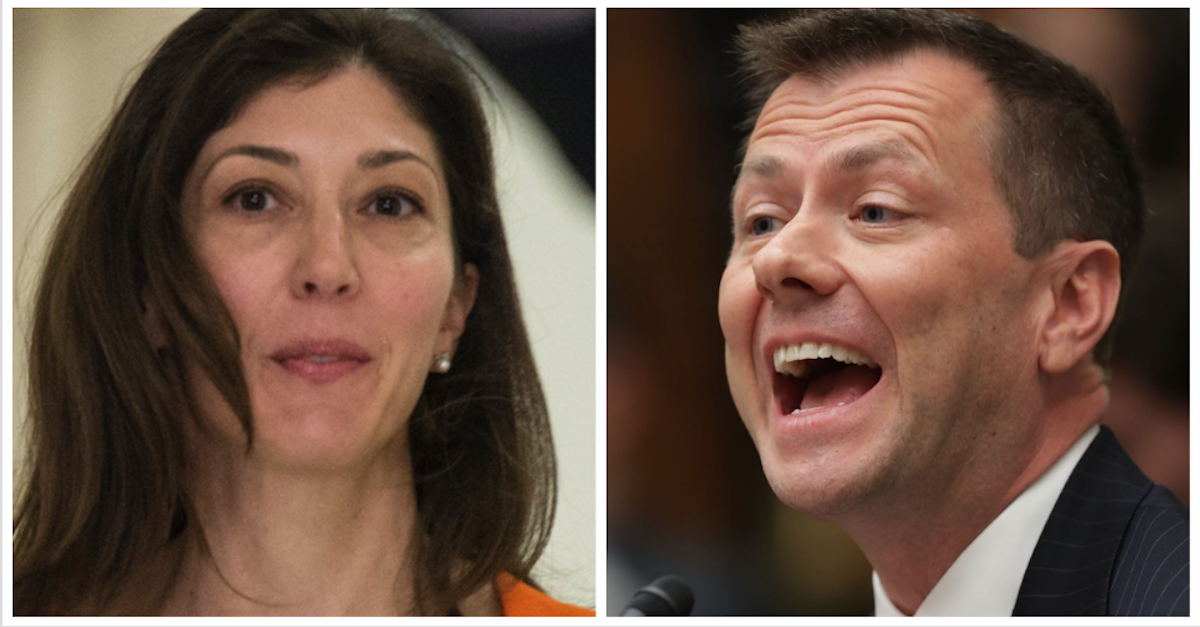 President Donald Trump has repeatedly vilified FBI “lovers” Page and Strzok, claiming their messages proved the “deep state” conspiracy theory that federal investigators attempted to malign the president as part of a politically motivated coup to remove him from office. That theory, however, was undercut DOJ Inspector General Michael Horowitz, who said he did not find evidence that the FBI’s Russia investigation and numerous FISA application errors were the result of partisan bias.

“The concerted public campaign to disparage and, ultimately, fire Special Agent Strzok was enabled by the defendants’ deliberate and unlawful disclosure to the media of texts, intended to be private, from an FBI systems of records, in violation of the Privacy Act, 5 USC § 552a,” the Strzok complaint said.

“On December 12, 2017, [FBI and DOJ] violated the Privacy Act by unlawfully disclosing agency records pertaining to [Page]—namely, a 90-page document reflecting 375 text messages between [Page] and another FBI employee [Strzok]—to a group of reporters,” her lawsuit said. “At the time, the messages were part of a larger set of materials under review by the DOJ’s Office of the Inspector General [(OIG)] for evidence of potential bias in the FBI’s investigation of former Secretary of State Hillary Clinton’s use of a private e-mail server for government communications.”

Given the shared issues in the two cases, U.S. District Judge Amy Berman Jackson consolidated the cases in order to rule on whether or not to rule in favor of the DOJ’s requests for summary judgment and/or outright dismissal. Jackson issued her ruling in a remote court hearing, but not before advising all relevant parties: “pour yourself another cup of coffee.”

The DOJ’s arguments did not prevail. Lawfare’s editor in chief Benjamin Wittes followed the hearing closely and said it was a “total victory” for Strzok and Page, at least for today.

She is now going through the history of the Justice Department’s disclosure of the Strzok-Page texts.

The DOJ argued the leaks of the Strzok-Page texts to Congress and the media were “routine use”—a Privacy Act exception for disclosure which, if accepted, would take DOJ off the hook.

The question turns on whether DOJ's disclosure of the material to Congress and in secret to the press was a "routine use" of the texts.

Judge Jackson, at this stage of the proceedings, was more than unconvinced, noting that there are “unresolved issues of fact at every turn.”

She asserts grave doubt that secretly releasing text message, swearing reporters to secrecy, and misrepresenting it the next day is a routine use.

“In short, it is too early in the case to determine which, if either, of the parties’ competing versions of the relevant facts is correct,” the judge said, allowing the case to move forward to discovery.

In January, we learned—because the DOJ admitted as much in court documents—that former U.S. Deputy Attorney General Rod Rosenstein was the Trump administration official who authorized the public release of hundreds of Strzok-Page texts.

In a witness declaration accompanying the DOJ’s motion to dismiss Strzok’s unlawful termination lawsuit, Rosenstein said he made the decision after providing the messages to Congress in order to protect Strzok, Page, and the Justice Department from the damage that would be caused if the messages were instead leaked to the media over a long period of time.

Judge Jackson was inclined to say that Strzok and Page were entitled to discovery on the matter.

She acknowledges that @RodRosenstein's state of mind in authorizing the disclosures may be a hurdle for the plaintiffs in ultimately prevailing–but she says they are entitled to discovery on the subject.

Judge Jackson found that Strzok stated claims under the First Amendment and Fifth Amendment and denied DOJ and FBI’s motions to dismiss.